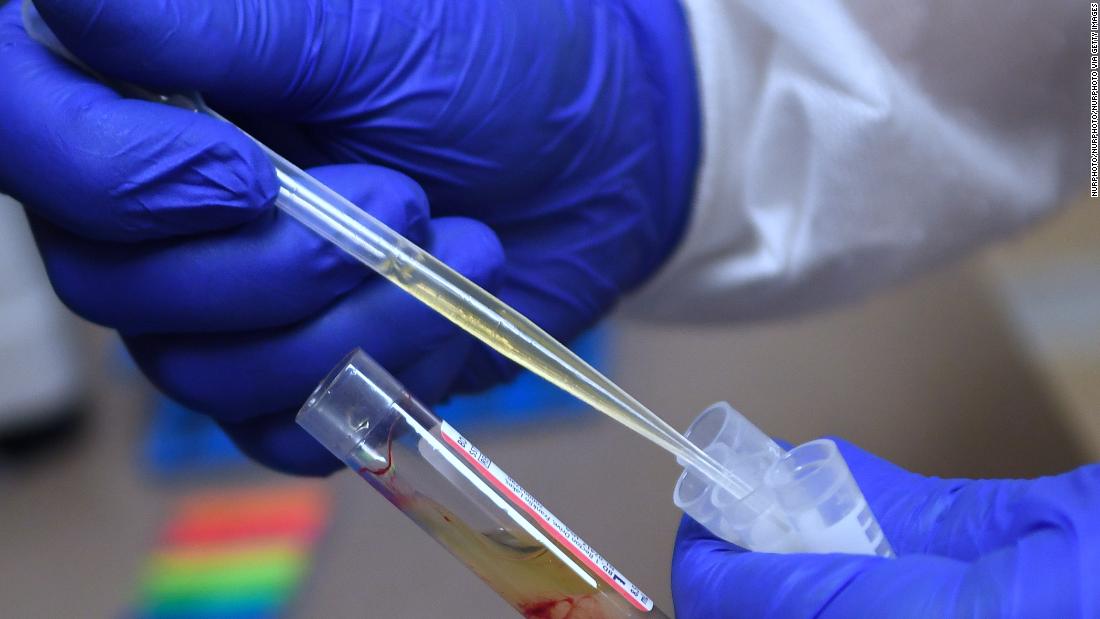 So far, 24% of study participants “are from communities of color,” according to postings on the company’s website and Twitter account. Last week, the company said 18% of the participants were minorities, which they said included “Black or African American, Latinx, American Indian, and Alaskan Native.”
To be representative, vaccine trials should enroll minorities in percentages similar to their representation in the population. Moderna’s 24% is well below that mark, as about 18% of the US population is Latino, 13% is Black, and a little over 1% is American Indian or Alaskan Native, according to US Census data.

Fauci told CNN recently that he wanted to see minorities enrolled in coronavirus vaccine trials at levels at least double their percentages in the population, because Covid-19 has hit those groups especially hard. That would mean at least 66.4% of the volunteers would be from those four groups.

Fauci said this number was a goal and not a requirement but added that if the right percentages of minorities are not met by the time Moderna reaches 30,000 study subjects, the trials should keep recruiting.

“We’re going to keep going until we get there. We may just need to accrue more volunteers than [30,000],” he said.

Pfizer, the only other US company in Phase 3 trials for a coronavirus vaccine, has declined to reveal what percentage of its participants so far are minorities.

During a call with reporters on Friday, Paul Mango, deputy chief of staff for policy at the US Department of Health and Human Services, said the two Phase 3 vaccine trials underway in the United States are “above the halfway point” in their enrollment.

Mango said HHS felt very good about the enrollment in terms of the overall diversity.

Operation Warp Speed, the government’s effort to develop a coronavirus vaccine, says it aims to deliver 300 million doses by January — a speed unheard of in the history of vaccine clinical trials.

If an insufficient number of minorities sign up, the panel of experts monitoring the trials might require the trials to recruit more than 30,000 people.

“The Data Safety Monitoring Board could slow the trial down,” said Dr. Nelson Michael, an Operation Warp Speed official. “If the demographics aren’t right, they could tell the sponsor to slow enrollment down until you hit different numbers. They could say ‘We do not want you to develop a vaccine tested for safety and efficacy basically on a single ethnic group.’ ”

Recruiting minorities into the vaccine trials is important for two reasons.

One, drugs and vaccines can have a different effect on different ethnic groups.

Two, researchers need a certain percentage of their volunteers to come in contact with the virus, or else they have no way of knowing if the vaccine works. They intentionally seek out people at high risk of infection, including minorities, who are more likely to have essential jobs that require in-person work, and more likely to live in multigenerational, multifamily households, among other factors.

Recruiting minorities has proven difficult, due to the legacy of abuse of minorities in medical studies, as well as current injustices in the medical system against minorities.

Overall, Moderna’s recruitment increased significantly last week, from 13,194 to 17,458 participants. If the company continues to recruit at the same rate as last week, it could fully enroll the trial by mid-September.

Enrollment means recruiting the participants and giving them their first shots, with half getting the vaccine and half getting a placebo — a shot that does nothing. Four weeks later, everyone gets a second injection.