Coronavirus update: In these 2 US states, every county is listed as ‘high transmission’ 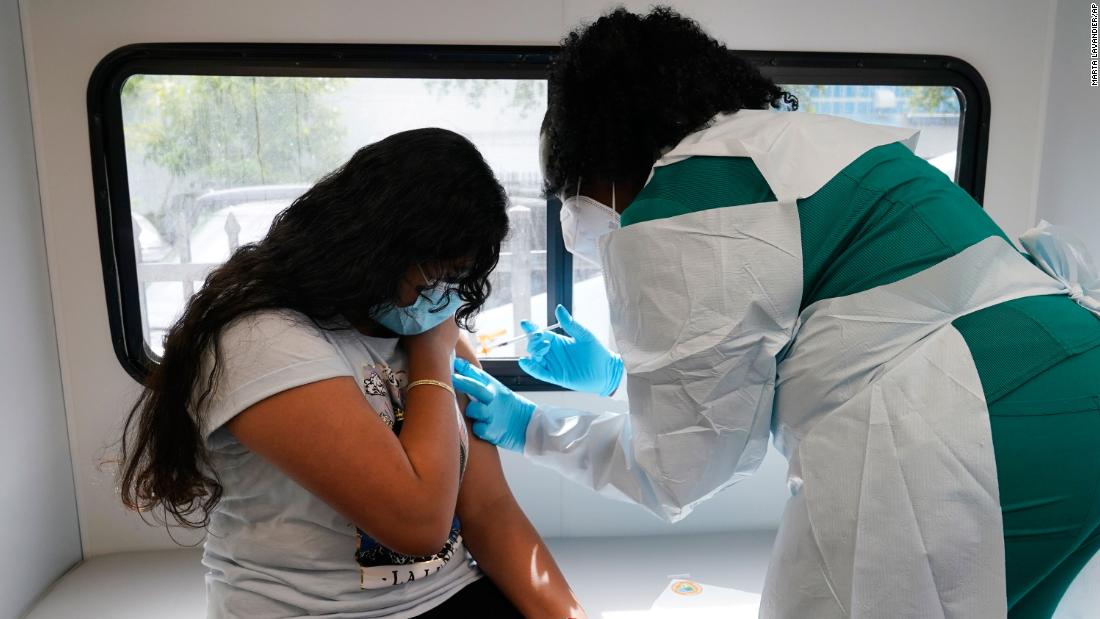 The CDC lists high transmission in nearly every county in several other states, including Missouri, Louisiana, Mississippi and Alabama.

The CDC considers a county to have high transmission if there have been 100 or more cases of Covid-19 per 100,000 residents or a test positivity rate of 10% or higher in the past seven days.

Nearly 44% of US counties fall into this category, according to the latest CDC county-level update.

Over the past week, Florida accounted for nearly a quarter of all cases in the United States — more than any other state.

Florida, with 67 counties, reported an average of 10,452 new cases each day over the past week — more than triple the daily average from two weeks ago, according to data from Johns Hopkins University.

Florida hospitals are grappling with a surge of Covid-19 patients.

“We could be an entire hospital full of Covid in a matter of a month if things don’t begin to slow down or vaccinations don’t increase,” Chad Neilsen, the director of infection prevention at the University of Florida Health Jacksonville, told CNN last week. Neilsen added that 90% of Covid patients at the hospital are not vaccinated.

The state has fully vaccinated 48.5% of its residents, according to data from the US Centers for Disease Control and Prevention — below the US rate of 49.1%.

Arkansas, with 75 counties, reported 11,748 new cases and 56 new deaths this past week with a positivity rating of 19.3% according to the Johns Hopkins Coronavirus Resource Center.

About 36% of Arkansas residents are fully vaccinated, the site reported.

The GOP governor of Arkansas, Asa Hutchinson, says Covid infections are soaring because of the low vaccination rate

“This is a pivotal moment in our race against the Covid virus. We have school coming up. We have a lot of sports activities that people are expecting and anxious about,” Hutchinson told CNN’s Jake Tapper Sunday on “State of the Union.”

“And what’s holding us back is a low vaccination rate,” said Hutchinson.

But, the governor said, a push to get people vaccinated is working, with a 40% increase in vaccinations since he’s been holding Town Hall meetings promoting vaccination.

“We’re seeing people that were previously resistant or hesitant about it coming in and getting the vaccination,” he said.

The most populous county in the US is also recording a high transmission rate.

Los Angeles County — with a population of about 10 million — reported 3,058 new Covid-19 cases Friday, the third day in a row that the county reported more than 2,500 cases, county health officials said in a news release.

“As transmission accelerates in L.A. County, Public Health cautions that unvaccinated people are becoming infected at 2.7 times the rate of transmission of just one month ago,” the department said in the release.

More than 10,000 cases were reported over the last four days, health officials said, warning about the accelerating transmission in the county.

Hospitalizations are also increasing countywide, the department said. A total of 655 people in Los Angeles are currently hospitalized, an increase of more than 200 people since last week.