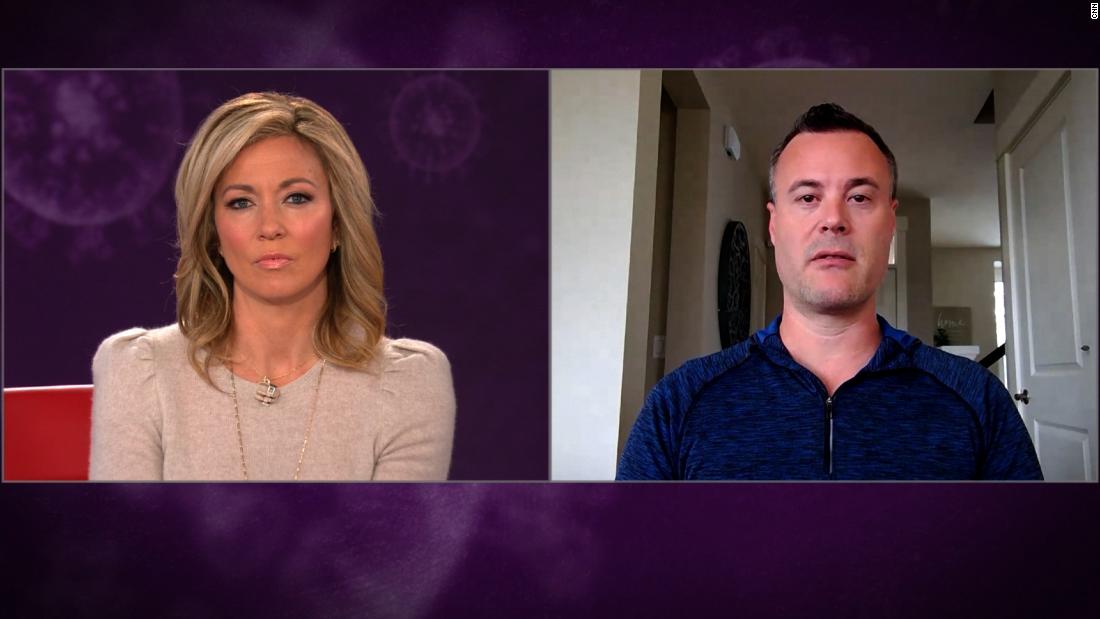 Speaking with CNN’s Brooke Baldwin on Tuesday, Browning said he’s doing it to “make this end as quickly as possible for the rest of the world,” adding, “If I’m healthy enough to be able to contribute research and hoping you find a vaccine sooner than later, why wouldn’t I?”

The vaccine trial, funded by the National Institute of Allergy and Infectious Diseases, started Monday and is expected to last for six weeks. It is run at the Kaiser Permanente Washington Health Research Institute in Seattle.

There is currently no vaccine for Covid-19.

Phase I of the trial is meant to establish the vaccine is safe and induces a desired response from participants’ immune systems. Proving that the vaccine is effective in preventing coronavirus infection, however, will require follow-up studies involving many more participants, which will take many more months.

For Browning and other participants, the first step was making sure everyone was healthy.

“Everyone went through a physical, blood draws, tests to make sure that everyone looked good; after that we were administered vaccine,” he said.

There is no actual virus in this vaccine, Brown was told — “they’re using a new technique that basically teaches cells in my body to build protein structures that resemble the outer shell of the actual coronavirus. My body should react to that and see it as a foreign invader, attack it, and learn how to combat that structure that’s been built.”

Browning says he keeps a daily chart that includes information about his temperature, any potential side effects or any other factors of concern. Then each week he gets blood drawn.

“We then get blood drawn, to look and make sure the body is reacting the way it’s expected to, producing the antigens that hopefully will allow us to combat coronavirus should we become exposed to it,” Browning said.

A month after the first vaccine was administered, Browning will go in for a second dose, along with more monitoring and blood draws.

Browning said he didn’t tell his family he was going to volunteer for the study until the last minute, and now they think it’s “pretty cool that Dad’s doing something like this.”

“I think it’s important for them to learn that as a member of society, you need to help do whatever you can, but also that there’s 44 other people as part of the study,” he said. “It’s not just Dad out there trying to make the world a better place.”