Coronavirus scares too many sick people away from hospitals, doctors say 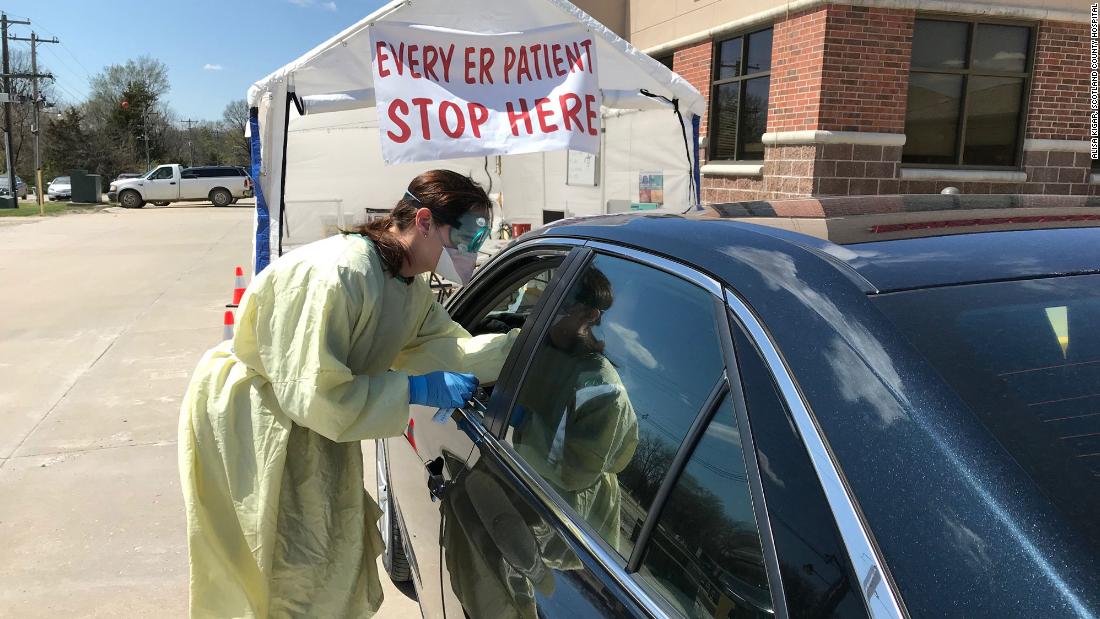 Yet in the case of a life-threatening medical emergency such as heart attack or stroke, the American Heart Association, the American College of Emergency Physicians and several other medical groups are urging people to still call 911 and go to the hospital.

In those emergencies, according to doctors, it’s OK to leave home.

In a joint statement on Wednesday, the eight medical groups noted concerns that some people with symptoms of heart attack, stroke and cardiac arrest are avoiding the hospital due to coronavirus fears. But they said doing so could be deadly.

Even as the coronavirus overwhelms the health care system, patients are still encouraged to call 911 if they experience symptoms of stroke — such as sudden weakness, numbness or confusion, or symptoms of a heart attack such as chest pain, shortness of breath or nausea, according to the statement.

Women are more likely than men to have additional symptoms such as unexplained tiredness and nausea or vomiting. About every 40 seconds, someone in the United States has a heart attack, according to the US Centers for Disease Control and Prevention.

Outside of such emergencies, the guidance to stay home and social distance still stands.

“We don’t want patients to come to the hospital who are not acutely ill,” Harrington said. “Many cardiac conditions can be handled with a phone call, with a video visit to their provider. What we’re really talking about is the onset of unprovoked severe symptoms that come on and are unremitting.”

Living with heart failure during a pandemic

Doctors at some Los Angeles County hospitals say people are waiting too long to seek medical treatment — even including those infected with the coronavirus — over fears of catching Covid-19.

For instance, Cedars-Sinai has seen its patient volume drop significantly and is now at half capacity. Its Covid-19 patient volume has been stable for two weeks with about 120 to 130 patients fighting the disease. But even with the coronavirus patients, Cedars-Sinai’s emergency room is seeing about half the volumes that it normally would.

“Right now, we’re taking care of about 400 or so non-Covid patients,” said Dr. Jeff Smith, chief operating officer of Cedars-Sinai Hospital. “We’re still caring for three- to four-times as many non-Covid patients as we are Covid patients but we still have a lot of capacity because patients have chosen to avoid the hospital.”

People who have serious heart conditions are among those at higher risk for severe illness from Covid-19 due to underlying medical conditions.

“I know there’s been a dramatic decrease in the amount of cardiac patients and stroke patients because people are just too afraid to go to the hospital, and I can’t say that it’s not warranted fear. I think that it is,” said Stayc Simpson, a survivor of heart failure based in Miami.

Simpson, 53, had a health scare of her own in mid-March and her husband rushed her to the hospital for care. What she experienced when she arrived was not what she expected.

Simpson, founder and director of the gymnastics center GYMagination, suddenly awoke from slumber that morning in March with an unusually quick beating heart rate. Having had heart failure since 2010 as a side effect of chemotherapy, she knew this feeling.

A normal resting heart rate typically is 60 to 100 beats per minute. Her blood pressure was also high.

When Simpson and her husband arrived at the hospital, Simpson said that she was asked the standard questions to screen for Covid-19. Did she have a cough? Yes, but it was due to her heart failure. Had she traveled outside of the country? No. Had she been exposed to someone suspected of having Covid-19? Simpson hesitated.

“The mayor of Miami was the first person diagnosed in Miami. My best friend works in his office. So the answer I had to answer was yes … I have been in contact with somebody who has been exposed but does not have it,” Simpson said. “They immediately took me away from my husband and put me to the Covid area of the hospital.”

Simpson was put in a room with other patients but a curtain separated them.

While in that room, a medical care team tested Simpson for Covid-19. Six days later, her test results came in as negative.

In the hospital, as morning turned to night, “all together it was eight hours when the ER doctor came back. She said, ‘Listen I’m just going to discharge you to go home because I think you would be better to self-quarantine at home right now than be here,'” Simpson said, adding that her symptoms had subsided.

“She said the cardiologist on call will not come down to see you and she will not admit you because they’re afraid of you having it and exposing people,” Simpson said. “By that point my vitals were back to normal, and they thought it might be a reaction because I had started an antibiotic the day before.”

After arriving at the ER around 10:30 a.m., Simpson said she was released by 8 p.m. that evening.

Since then, Simpson said that she has had three similar incidents but has spoken to her cardiologist instead of going to the hospital — and that experience has her remaining even more vigilant with tracking her health than she was before.

A health app on her smart phone helps her track her heart rate. She regularly checks her blood pressure. She has had video checkups with her cardiologist from home.

Patients with symptoms of heart attack and stroke are not the only ones who appear to be avoiding the hospital due to concerns about being exposed to the novel coronavirus.

Some pregnant women might be questioning their original plans to give birth in a hospital and there have been reports of increasing inquiries from moms-to-be considering giving birth at home because of coronavirus fears.
In response, the American College of Obstetricians and Gynecology released a statement on Monday reassuring pregnant women.

“Obstetrician-gynecologists see firsthand the stress and uncertainty facing pregnant people, families, and their support networks during the COVID-19 pandemic, and this includes questioning the settings in which to give birth,” ACOG President Dr. Maureen Phipps said in the statement.

“However, even during this pandemic, hospitals and accredited birth centers remain the safest places to give birth,” she said in part. “Physicians, certified nurse-midwives and certified midwives, and the entire health care team will work to ensure that precautions are taken to make labor and delivery safe, supportive and welcoming for their patients.”

Many hospitals have made an effort to separate Covid-19 patients from others seeking care.

“Hospitals have done a very good job of being able to segregate the groups of patients into various care units,” said Harrington of the American Heart Association.

In Los Angeles, both Centinela Hospital Medical Center and Cedars-Sinai have separate areas of their facilities dedicated to treating Covid-19 patients and both hospitals want people to seek out medical attention before their health deteriorates

“It really just comes back to if you have an urgent or an emergent need, we can care for you safely at the hospital,” said Smith, of Cedars-Sinai. “And you should come.”