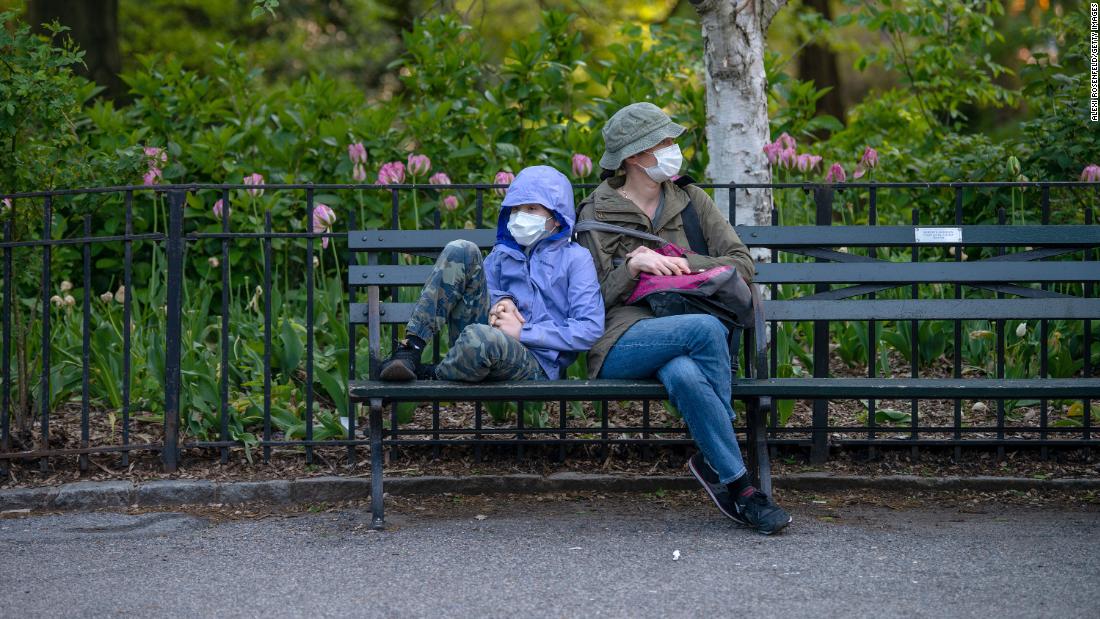 The change would be one of many in recent weeks for the institute’s model, which has been criticized before for its assumptions and performance.

As states have begun reopening, IHME has upped its forecast for the number of coronavirus deaths in the US, based in part on cell phone mobility data that showed people moving around more.

But the institute revised its projections down slightly this week, saying an expected increase in infections has not yet occurred.

Dr. Christopher Murray, the IHME director, told CNN Monday that there hasn’t been a strong correlation between movement and cases or deaths. He said masks may be the reason why, and on Wednesday, IHME outlined its plan for collecting data on how many people are covering their face.

The institute said it’s using information from Premise, which it described as a “crowd-sourcing data collection company.” Contributors to the Premise app are asked whether they wear masks when they leave home, IHME said, but that data has limitations. It’s self-reported, for example, and may not be representative of people who don’t use the app.

Still, IHME pointed to differences in mask use between states. Last week, for example, at least 80% of survey respondents in more than a dozen states said they sometimes or always wore a mask outside the home, including in New York and Florida.

But less than 60% of respondents in four other states — including Wisconsin and South Carolina — reported the same, according to IHME.

While the institute doesn’t include mask data in its projections yet, it said “our team is currently exploring how such data and corresponding estimates can be incorporated into our modeling approach, as well as expanding the data sources and locations included for measuring mask use.”

A growing list of changes to the model amid criticism

The White House cited the IHME model often in April, and it’s one of more than a dozen currently highlighted on the US Centers for Disease Control and Prevention website.

The model is slick and easy-to-use — and just unveiled a new tool to let users compare projections between states — but experts have criticized it before, and the model has changed often in the past few weeks.

For example, IHME used to predict that deaths in the US would stop this summer, even without continued social distancing. In mid-April, Murray said his model assumed that other containment measures — such as contact tracing — would reduce the risk of resurgence to “essentially zero.”

But epidemiologists at the time were skeptical and said that assumption was unrealistic. IHME now predicts tens of thousands of

The model also assumed that deaths in states would rise and fall at about the same rate — essentially fitting a curve — but that didn’t happened. IHME has since revised its methodology to forecast a longer, more drawn-out epidemic in the US.