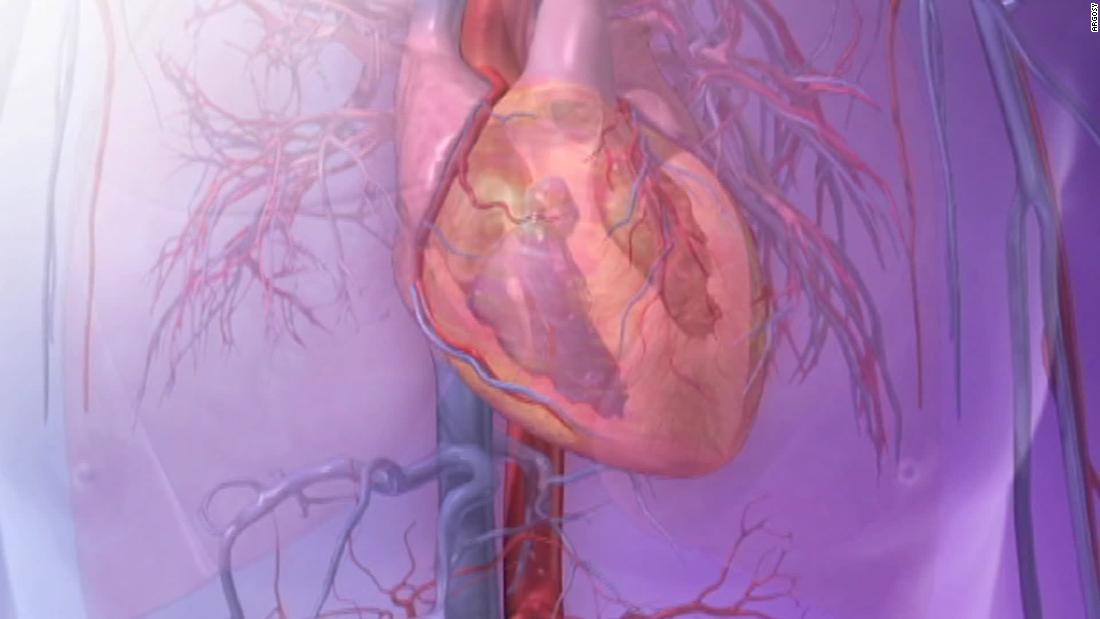 It provides evidence that people have stayed away from the emergency room even with acute heart attack symptoms. And some may have died as a result.

Researchers from the Providence Heart Institute system based in the US northwest looked at the records of more than 15,000 heart attack patients from between December 30 and May 16 of this year.

They found “important changes” in heart attack hospitalization rates. Patients also fared worse during the early and later parts of the pandemic, they reported Friday in the medical journal JAMA Cardiology.

And patients with the most serious type of heart attack appeared to be more than twice as likely to die at one point.

There was a substantial decrease in hospitalizations early in the pandemic, with the case rates starting to fall on February 23.

Patients hospitalized for a heart attack during the pandemic tended to be younger by about 1 to 3 years than patients before the pandemic. The authors think older patients may have had a “greater reluctance” to get medical help if they had symptoms. Typically, older people have gotten sicker from Covid-19.

Patients who were hospitalized for a heart attack during the pandemic spent less time at the hospital than before the pandemic. This may be because hospitals wanted to keep beds open in case they were needed for Covid-19 patients, the researchers said. The patients were all seen at hospitals within the Providence St. Joseph Health System in Alaska, California, Montana, Oregon, Texas and Washington.

Patients were also more likely to be sent home from the hospital rather than sent to a rehabilitation center. That may have been out of a concern about the risk of being exposed to the novel coronavirus at those facilities.

Around March 29, the number of people hospitalized for a heart attack did increase, but it was at a slower rate than before the pandemic. It took five full weeks to go back to the levels hospitals were seeing pre-pandemic. The researchers think the shift may have been after doctors started encouraging patients with symptoms to follow through and get care.

The researchers couldn’t find evidence that doctors were treating patients any differently than they would when there wasn’t a pandemic. Yet there was a real difference in how well some patients did.

There was a substantial increase in deaths among patients who suffered a more serious type of heart attack called STEMI. That’s when one of the arteries is blocked and blood and oxygen can’t get to the heart.

The rate of people who died from these serious heart attacks was even greater during the later part of the pandemic, the study found.

“Compared with the before COVID-19 period, however, patients with STEMI had a statistically greater risk of mortality during the later COVID-19 period,” they wrote. One way of analyzing the deaths, called an observed to expected ratio, indicated patients were more than twice as likely to die from STEMI heart attacks during the study period.

Time matters with a serious heart attack. A delay in care due to a patient’s reluctance to seek help or because emergency medical services were behind or the emergency department was full could hurt the chances of survival.

This study is in line with what others have found. Early research published before it was peer reviewed saw a 25% drop in the number of acute coronary syndrome cases in March of this year compared to March of 2018 and 2019.
A letter published in May in the New England Journal of Medicine found the number of patients in the US undergoing imaging for a stroke decreased by 39% since before the pandemic.

The researchers say more study is needed to determine exactly what contributed to the increased number of deaths.

In April, concerned about this trend, the American Heart Association put out an urgent statement asking people to call 911 if they felt heart attack symptoms like chest pain, shortness of breath, or nausea. For women it’s more common to have symptoms like unexplained tiredness and nausea or vomiting.
The AHA’s Don’t Die of Doubt campaign was necessary, the association’s president Dr. Mitchell S.V. Elkind said, because people having a heart attack have a much better chance of surviving if they get help immediately.

“If people feel that they might be having symptoms of a heart attack or stroke, then they should call 911, even during the pandemic,” Elkind said.

Elkind, who was not a part of the Providence study, said he would like to know more about why this has been happening.

“Common sense would tell us that many people were afraid to come into the hospital during the pandemic, but there are some other reasons as well,” Elkind said.

In addition to fear, he heard patients say that they didn’t want to be a bother to doctors who are so busy. Elkind is a neurologist at New York Presbyterian Hospital and professor of neurology and epidemiology at Columbia University.

Elkind said there may also have been fewer people having heart attacks.

“This is a little bit more controversial theory,” Elkind said. But with everyone on lockdown, there were fewer cars on the road and less pollution. “We know that air pollution is an important risk factor for heart attacks and strokes. So that could account for some of the same effect. There may have been an actual decrease in incidence of these events.”