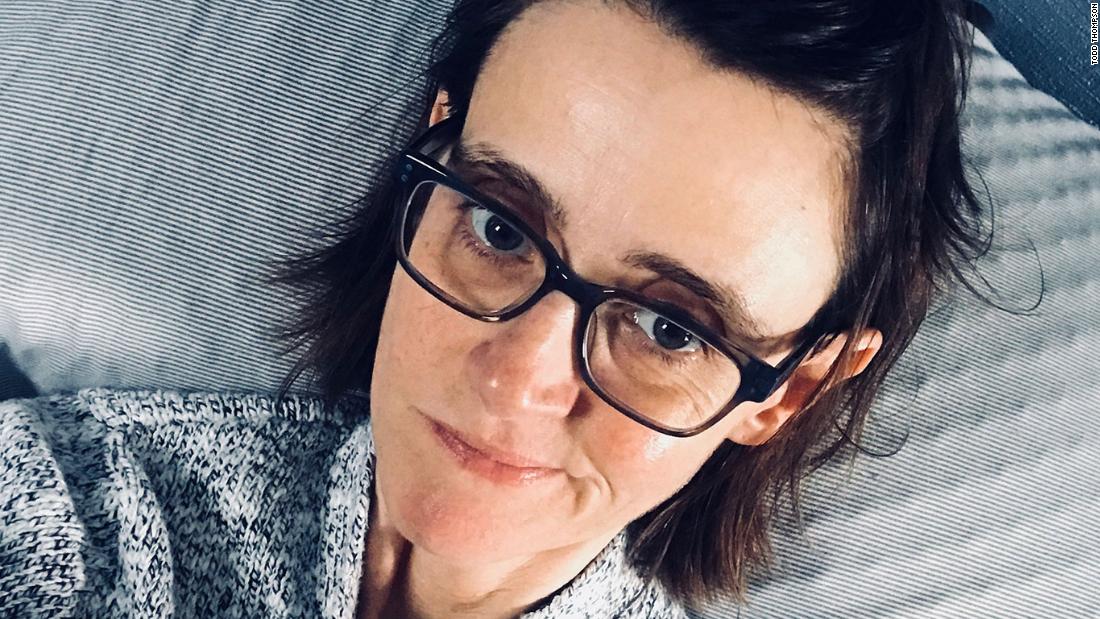 His four years of illness were the ones in which he rose to global superstardom with the role of T’Challa in the Marvel Studios 2018 film “Black Panther,” along with a string of other dynamic performances. His Instagram feed and media appearances focused on his Black Lives Matter activism and his outreach to little kids who saw him as a real-life superhero. He seemed so gloriously alive, so energized to be in the world.

Colorectal cancer is the third most common type of cancer in the United States and the second leading cause of cancer deaths. I wouldn’t be surprised if you didn’t know that because this type of cancer has got a serious public relations problem.

All cancers are hideous. But some types have been made, if we’re being honest, a lot more palatable for public consumption. The fight against breast cancer, in particular, enjoys a robust publicity campaign. Many celebrities have been up-front about their battles with it.

Colorectal cancer, in contrast, involves parts of the body we’d rather never talk about, let alone conceive of having surgery on. It’s cancer of the colon or rectum. (The rectum is the passageway that connects the colon to the anus.) The very word “colonoscopy” is still a colloquialism for the thing you’d least prefer to do in life. Is it any wonder there is still a reluctance to normalize conversation about it?

And yet, we must. Colorectal cancer cases are on track to increase by 90% by 2030, according to leading cancer institute MD Anderson Cancer Center. We don’t know why yet. We do know that the disease disproportionately affects African Americans, and that it is increasingly being diagnosed in younger patients.
The American Cancer Society just two years ago lowered its recommended age for colorectal cancer screening, from 50 to 45. That was the year I received my own colon cancer diagnosis at the age of, yep, 45.
Like many people under 50, I was hesitant to take my own symptoms seriously. I would timidly ask doctors what could be causing my abdominal pain and accept their answers that it was probably just run-of-the-mill irritable bowel syndrome. This isn’t uncommon: Many doctors are still dismissive of colorectal cancer symptoms in younger patients, a study in the Journal of Clinical Oncology recently found.

Finally, a gastroenterologist insisted on a colonoscopy, more than two years after I started experiencing symptoms. That simple procedure found a sizable tumor. Immediate surgery was ordered, followed by months of chemotherapy. The cancer was categorized at a terrifying stage III, and I went into shock. No one I knew had dealt with colon cancer. No one in my family had it. It just didn’t seem possible.

A friend-of-a-friend connection in Los Angeles changed my life. A female film producer, who had worked on some movies I knew and loved, had colon cancer, too. We’d never met but she called and talked to me for over an hour. She told me what to expect, suggesting ways to manage the fear and stress.

She also confided that no one in her professional life must ever know what she was going through, because she would be blackballed from jobs, written off as unreliable and sickly, even though she continued to work long hours around her treatments.

In the intensely competitive entertainment industry, she told me, she was worried that her illness would be used against her. And she was right: She has since told me of losing at least one potentially big job because someone heard about her illness.

Is it any wonder that Boseman, with his meteoric rise to fame and the responsibility of being one of the preeminent faces of Black empowerment in Hollywood and beyond, didn’t share his diagnosis publicly?

I have been classified as NED (No Evidence of Disease) for a year and a half now, but my body is forever altered from my treatment. I’m thankful I don’t work in an industry that will toss me out for speaking up about uncomfortable subjects. But I still find it embarrassing to talk about the aftermath of my cancer — especially how I now exist in a perpetual state of needing to make sure I know where the nearest bathroom is.

Colorectal cancer doesn’t care about embarrassment, though. It’s on the rise in a scary way, and unless we start dismantling the taboo around it, it will claim many more victims, high-profile and otherwise. So I’m vowing to start talking about it more, no matter how cringey it is for me or other people.

Looking back, I can appreciate how groundbreaking it was for journalist Katie Couric to become one of the first celebrities to raise awareness about colorectal cancer, following her husband’s death from it in 1998. She had a real-time colonoscopy on “Today” in 2000, about a decade before the procedure was in the public lexicon.

But the stigma remains. So we have to get out of our collective comfort zones and change that perception.

Colorectal cancer is one of the most treatable cancers when caught early. So listen to your body. If something seems even mildly wrong with your digestive system, see a doctor. Don’t put it off, don’t be shy about describing your symptoms and don’t let medical professionals dismiss your questions — especially women, whose concerns are often taken less seriously than men’s.

Insist on a colonoscopy. It’s not superfun, but it’s heaven compared to cancer.

I hope Boseman had a huge network of family and friends supporting him privately. I want to think that he, too, had a guardian angel who called to talk him through his initial shock and terror. My heart hurts to think of him suffering quietly along with the heavy burden of being a working actor while enduring grueling treatments.

Let’s pay proper tribute to him by ending needless stigma around one of the most common cancers. As T’Challa says at the end of “Black Panther”: “We must find a way to look after one another as if we were one single tribe.” And proudly and loudly fight colorectal cancer like the supervillain it is.