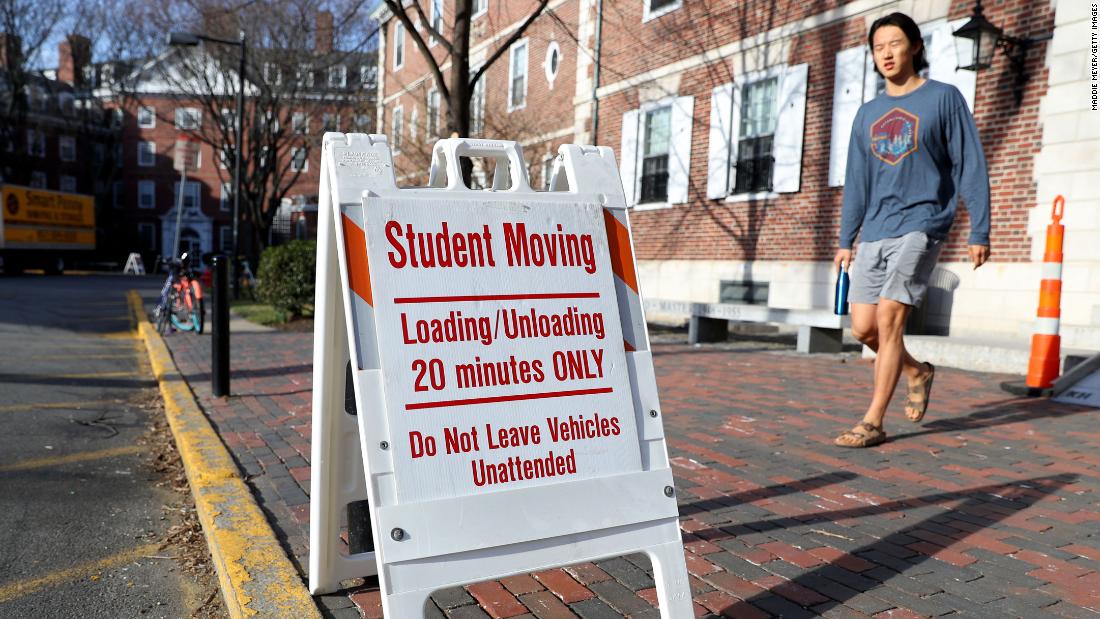 The researchers found that screening college students every two days — even with a low-quality test catching 70% of positive Covid-19 cases — is a cost-effective regimen, estimated to keep infections at a more controllable number than screening weekly with a higher-quality test.

But if students and colleges adhere to strict policies such as mandated indoor masking and handwashing, the authors said less frequent testing may be adequate.

The researchers also found that too much testing risks generating false-positive cases that may undermine student confidence in their university’s surveillance program and overwhelm quarantine spaces.

The researchers recommend a test with high specificity that is able to mitigate instances of these false-positive results.

Yale public health Professor A. David Paltiel, the study’s lead author, said that some colleges may not be able to logistically meet the high bar that their data suggests for reopening amid the pandemic.

“Our view is that if you can’t see your way toward at least minimal meeting of these screening standards or maintaining control over prevention, then a school really needs to ask itself if it has any business reopening,” Paltiel said.

The researchers modeled a hypothetical cohort of 5,000 students, 10 of which were positive for Covid-19, to assemble data on the most cost-effective monitoring program that would minimize total infections and reduce strain on isolation or quarantine spaces.

Under the researchers’ modeling, they failed to find a plausible circumstance in which waiting to act until symptoms emerge would be sufficient for containing an outbreak. As some universities do not currently plan to test their students regularly, Paltiel said such policies would be “like a fire department that only responds to calls once they have verifiable evidence that the house has already burned to the ground.”

“If things go awry, the consequences are going to be borne, not so much by the students, but by the staff, the dining hall workers, the faculty members and the surrounding community,” Paltiel said.

Dr. Rochelle Walensky, who is chief of infectious diseases at Massachusetts General Hospital and a CNN Medical Analyst, said she firmly believes the type of test required to surveille college campuses is different than tests, such as the nasopharyngeal swab, to identify symptomatic people in a hospital or general community. She said colleges need tests that, for example, swab the inside of the cheek that can be run “like a pregnancy test” with a short turnaround time.

“I’m a physician in heart and spirit,” said Walensky, a co-author of the paper in JAMA Network Open. “And the diabetics test themselves for sugar four times a day, so it’s not impossible to think that frequent, rapid testing would be easy and doable.”

In a commentary published alongside the study, other scientists called the research’s implications “important” but also said its conclusions underestimate student ability to adhere to behavioral interventions, along with public health efforts for mitigating Covid-19 spread on campuses.

Walensky argued that colleges do not know how their students will behave until they are back on campus and that colleges could start testing aggressively and dial back, if necessary.

“The downside of not starting aggressively and doing, for example, only symptom-based screening is you won’t know an outbreak until it’s already happened,” Walensky said.

Colleges have a responsibility to provide students with adequate screening, masks and hand hygiene supplies such as hand sanitizer, according to Paltiel. But he also said that students will need to stay socially connected, and it falls to colleges as “the adults in the room” to create imaginative and realistic options for students to enjoy their youth, while ensuring student safety.

“I think we need to be really careful to set students up to succeed rather than setting them up to fail, and later to scapegoat them for what went wrong,” Paltiel said.