CNN analysis: Where vaccination is up, Covid-19 cases are down 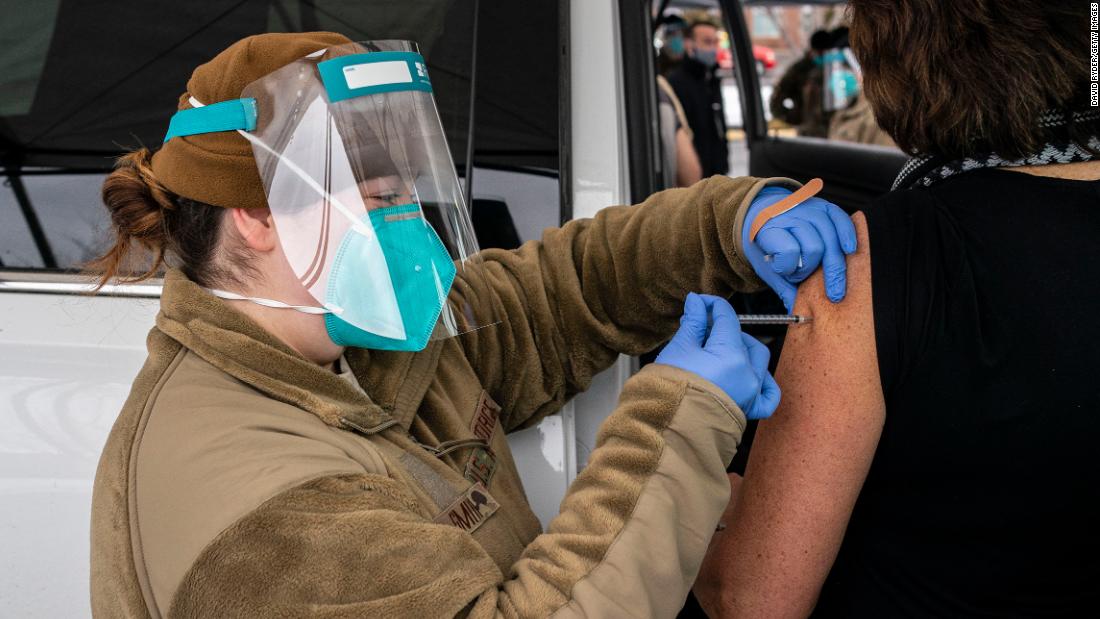 The US recorded about 25 new cases per 100,000 residents over the past week, according to data from Johns Hopkins University.

Dr. Peter Hotez, director of the Texas Children’s Hospital Center for Vaccine Development, said on CNN’s New Day Tuesday that he thinks “anyone who’s unvaccinated right now is at very, very high risk,” especially as the Delta variant continues to grow in prominence in the US.

He said it’s “crunch time” to push vaccination rates up to avoid another wave in the coming months.

There are exceptions to this trend, which experts say are to be expected in this phase of the pandemic.

Washington, for example, is one of 11 states that has fully vaccinated more than half of its residents, according to data from the US Centers for Disease Control and Prevention. But the state also recorded among the 10 highest case rates over the past week, JHU data shows.

And Tennessee recorded one of the lowest case rates of the week, despite just about a third of residents being fully vaccinated.

“The potential for outbreaks is larger in places that are less vaccinated, but that doesn’t mean they happen at a predictable time,” William Hanage, a member of Harvard University’s Center for Communicable Disease Dynamics and associate professor of epidemiology, told CNN.

As in the early days of the pandemic, outbreaks may appear more “random” but now we know that infections are spreading most in unvaccinated people.

“We tend to be in contact with people who have similar vaccination status as ourselves, so unvaccinated people are more likely to connect with other unvaccinated people, but there will be occasional outbreaks even in relatively well-vaccinated communities,” Hanange said.

“A community can have 90% of its residents fully immunized, but if the 10% unvaccinated all hang out together at the same bar or same workplace, you can still get outbreaks.”

And come fall, elementary schools are one of those clusters that may be at risk, experts say.

“There is huge potential in fall that elementary schools become a melting pot of Covid, with potentially all variants of concern emerging from that,” L.J Tan, chief strategy officer with the Immunization Action Coalition, told CNN. “But I’m optimistic that we’ll have the opportunity to vaccinate lots of children going forward.”

And since the state kept Covid-19 infections relatively low throughout the pandemic — Washington has one of the five lowest overall case rates, according to JHU data — there is more opportunity for the virus to spread wherever there are unvaccinated people.

“We have to be very, very concerned about our vaccination rates,” Shah said. “We had that success preventing people from getting Covid in the first place, and that’s not the right pathway (to herd immunity). So we really need to rely on vaccination.”

He said there’s the potential for a “tale of two societies” as reopening continues across the United States. It could mean vaccinated community members return to normal activities with a level of protection, and unvaccinated people do the same, but risk the worst.

“We can’t have a false sense of security,” Tan said. “If we don’t stop being vigilant, these more transmissible variants may get a foothold (in unvaccinated pockets) and it will be two steps forward, one step back.”

“If you were in the ‘wait and see’ group, it’s’ time to stop waiting because you can see and be assured that vaccination is extremely safe.”

Naomi Thomas contributed to this report.