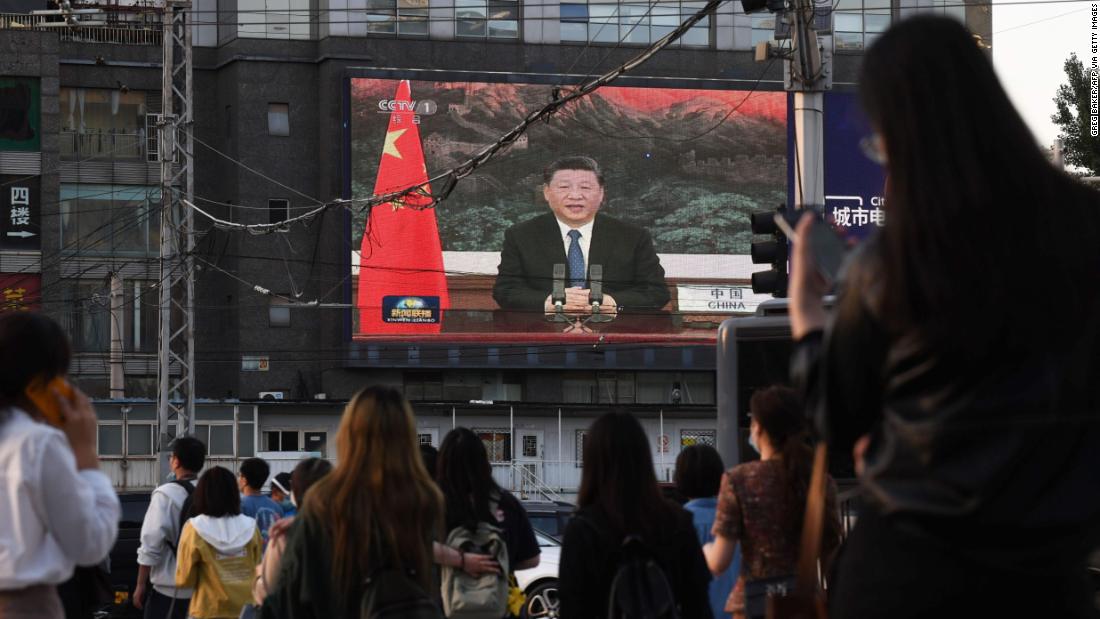 The president defended his country at the annual meeting of the World Health Organization (WHO), saying Beijing had acted transparently about the origins of the virus, which was first detected late last year in the central Chinese city of Wuhan.

“All along we have acted with openness, transparency and responsibility, we have provided information to the WHO and relevant countries in the most timely fashion, we have released the genome sequence at the earliest possible time, we have shared control and treatment experiences with the world without reservation, we have done everything in our power to support and assist countries in need,” Xi told the assembly via video conference.

Xi also expressed condolences for the lives lost due to the pandemic, and went on to agree with the need for an investigation, though he said it should wait until the pandemic subsides.

The European Union-drafted resolution, driven by calls for an inquiry from Australia, does not single out China or any other country but calls for an “impartial, independent and comprehensive evaluation” of “the (WHO)-coordinated international health response to Covid-19.” A number of countries, including the US, have accused China of withholding information about the virus.

Australia’s call for an investigation last month sparked an angry flareup from Beijing, which accused Canberra of a “highly irresponsible” move that could “disrupt international cooperation in fighting the pandemic and goes against people’s shared aspiration.”

Xi used less combative language during his remarks at the closely watched summit on Monday, however, outlining a number of steps China would take to control the spread of Covid-19 and pledging $2 billion over two years to the WHO.

He said China would support the research and development of vaccines, would assist African nations in their response to the virus’ spread, and would work with the United Nations to keep supply lanes around the world open.

The wording of the resolution is weak compared to Australia’s previous calls for a probe into China’s role and responsibility in the origin of the pandemic. This may have been necessary to get a majority of WHO member states to sign on — particularly those, such as Russia, with traditionally strong ties to Beijing. But the potential for an independent probe, even one not initially tasked with investigating an individual country’s response, to turn up damning or embarrassing information is great.

Any highly critical report could have a damaging effect on China’s global standing, which has already taken a major knock as a result of the coronavirus crisis, with the United States in particular pushing a narrative that Beijing is to blame for the pandemic — claims Beijing strongly denies.

‘The world has been humbled by this virus’

Earlier on Monday Chinese Foreign Ministry spokesman Zhao Lijian echoed Xi’s support for an investigation in the virus’ origins, but argued that the draft plans are “a totally different thing from what’s been called an ‘independent international inquiry.”

Zhao said China rejects a “unilateral interpretation” of the resolution and insisted the focus should remain on the containment of Covid-19 — suggesting that most member states agree it is not an appropriate time for an investigation due to the state of the pandemic.

When asked to comment on recent remarks made by US Secretary of State Mike Pompeo, in which he appeared to backtrack on a unverified theory that the virus originated in a lab in Wuhan, Zhao said: “This US politician has been spreading all kinds of lies for some time. Responding to his lies is a waste of everyone’s time.”

The conference is also significant for the WHO itself, with the organization batting back accusations from US President Donald Trump that it mismanaged the global outbreak.

But the organization’s importance in fighting Covid-19 was highlighted by a number of world leaders on Monday, including Xi and French President Emmanuel Macron.

“We need a strong WHO to tackle Covid-19, and the WHO is us, its member states,” Macron said in a pre-recorded statement.

“We are experiencing a global crisis with hundreds of thousands of people who have been infected, and affected with social and economic consequences that show that virtually no country has been spared by this pandemic,” Merkel said. “So no country can solve this problem alone. We must work together.”

The WHO’s Director-General Tedros Adhanom Ghebreyesus added that the world has “been humbled by this very small microbe” in his opening remarks. “If this virus is teaching us anything, it’s humility.”

“Six months ago, it would have been inconceivable to most that the world’s biggest cities would fall eerily quiet; that shops, restaurants, schools and workplaces would be closed; that global travel would grind to a standstill; that simply shaking hands could be life-threatening,” Tedros said.

“I will initiate an independent evaluation at the earliest appropriate moment to review experience gained and lessons learned, and to make recommendations to improve national and global pandemic preparedness and response,” he added.”We do not need a review to tell us that we must all do everything in our power to ensure this never happens again.”