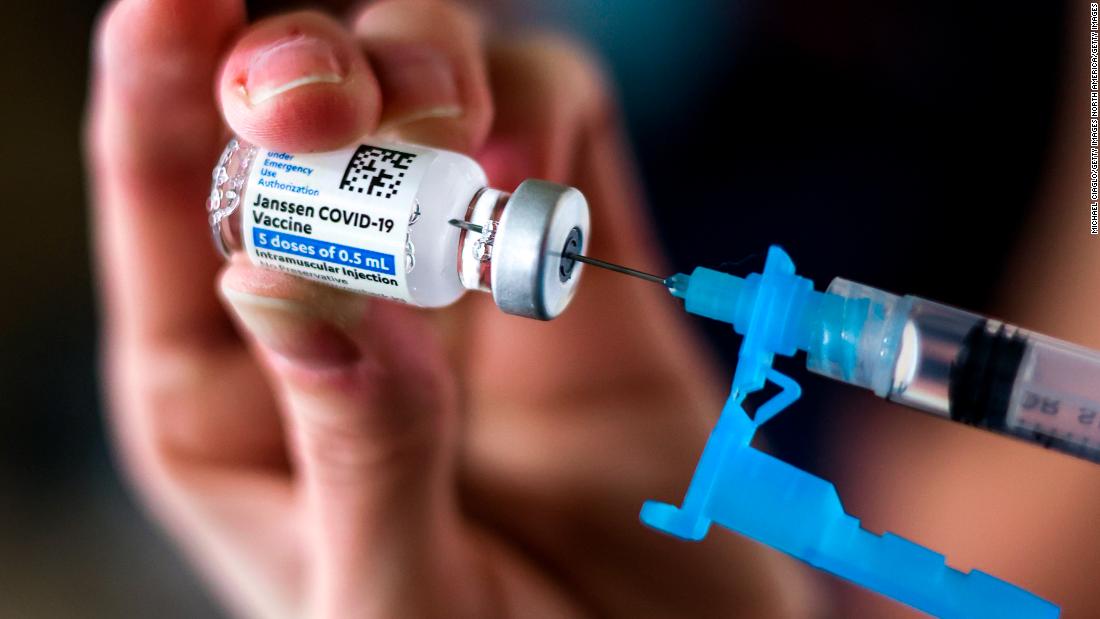 Vaccinations could resume as soon as Saturday, the FDA said.

The agencies acted quickly after a vote by the CDC’s Advisory Committee for Immunization Practices recommended lifting the pause.

“We are confident that this vaccine continues to meet our standards for safety, effectiveness and quality. We recommend people with questions about which vaccine is right for them have those discussions with their health care provider.”

“I support the ACIP’s recommendation that the Johnson and Johnson COVID-19 vaccine be used for persons 18 years of age or older in the United States population under the FDA emergency use authorization, and I have signed this recommendation,” CDC Director Dr. Rochelle Walensky said Friday.

“With these actions, the administration of Johnson and Johnson’s COVID-19 vaccine can resume immediately.”

ACIP members worried that taking one of only three vaccines out of the mix available to Americans would slow efforts to immunize the population against a virus that has killed more than half a million people in the United States. Plus, they agreed that having a one-shot vaccine that doesn’t need to be stored in freezers was valuable and would be preferred by many people who do not want to come back for a second dose, or who would struggle to make two vaccination appointments.

Walensky said a CDC risk-benefit analysis made the decision an easy one. The agency searched and found 15 likely cases of a rare blood clotting condition called thrombosis with thrombocytopenia syndrome (TTS), with three deaths among people who got the vaccine.

“Based on an in-depth analysis, there is likely an association but the risk is very low. What we are seeing is the overall rate of events was 1.9 cases per million people. In women 18 to 49 years, there was an approximate 7 cases per million,” Walensky told a news conference. Among women over 50, the rate is 0.9 cases per million. No cases were seen among men.

Walensky noted that Covid-19 is deadly. It’s killed more than half a million Americans.The analysis looked at what would happen with and without the vaccine available across the country.

The ACIP agreed, voting 10 in favor of lifting the pause, four opposed, with one abstention.

The FDA updated fact sheets accompanying the vaccine, indicating that women under the age of 50 should be aware of the risk of a rare blood clotting syndrome associated with the vaccine. The FDA’s Dr. Peter Marks said new copies of the fact sheets can be printed out to give people at vaccination sites immediately.

Earlier, Johnson & Johnson officials said they had agreed to new language for the label that acknowledges the risk of TTS.

Some members of the ACIP committee were unhappy with the decision and the vote was not unanimous. Four members voted against the recommendation.

“I did not object to the recommendation; I objected to the absence of any kind of guidance from us,” said Dr. Sarah Long, a professor of pediatrics at Drexel University College of Medicine.

Of the 15 US cases of rare blood clots associated with the J&J vaccine, 13 were in women under the age of 50. ACIP discussed the need to give women in this age group an extra warning, but in the end left it out of the vote.

“This is an age group that is most at risk, that is getting this vaccine predominantly to save other people’s lives and morbidity, not their own,” Long said. “And I think we have a responsibility to be certain that they know this, and if they choose to be vaccinated with this anyhow, we want to respect that choice.”

But other ACIP members said the country needs the vaccine.

“I think the risks and benefits of this vaccine clearly show that we’re preventing tremendous disease, and that we need to be cognizant of that fact,” said Dr. Jason Goldman, a physician in private practice in Coral Springs, Florida, who is not a voting member of the committee.

“Many of my patients are expressing a preference for the vaccine for a single dose because they cannot take off from work,” added Goldman. “I am gravely concerned that if we do not continue with the vaccine, it is going to dramatically reduce the ability of my patients to get vaccinated.”

Next week the CDC has scheduled a telephone briefing for doctors and other clinicians to explain the changed recommendations and lay out the symptoms of and treatments for TTS. Most patients with TTS develop a severe headache days to weeks after getting the vaccine, doctors told ACIP.

There will also be a Morbidity and Mortality Weekly Report — the CDC’s main publication for disseminating health news — to share the information.

American Medical Association president Dr. Susan Bailey said her organization would help get the word out about risks.

“The AMA will continue to work with the FDA and the Centers for Disease Control and Prevention (CDC) to ensure physicians and patients are aware of the rare, but increased risk of thrombosis with thrombocytopenia syndrome (TTS) in women under the age of 50, as well as the appropriate treatment, so they can act quickly,” Bailey said.

Blood clots are common, but TTS is especially rare. It involves an unusual immune reaction that targets platelets, which are cells involved in blood clotting. Antibodies latch onto the platelets, pulling them out of circulation and causing them to clump together. The result is blood clots along with a low platelet count.

Treatment includes using blood thinners, but not heparin, as well as an immune product called IVIG to regulate the antibody response.

The CDC’s Dr. Sara Oliver presented the results of several models laying out what might happen if the vaccine is used again, including with restrictions on use in certain groups. The CDC took into consideration deaths from coronavirus and the likelihood that people would get vaccinated more quickly if the Janssen vaccine was in the mix.

“When resuming vaccination among all persons at least 18 years, we expect 26 to 45 TTS cases depending on vaccine uptake,” she said. But 600 to 1,400 deaths from Covid-19 would be prevented, and as many as 3,500 ICU admissions would be prevented.

If the vaccine were restricted to people over the age of 50, three TTS cases could be expected, but between 40 and 250 Covid-19 deaths would be prevented, and as many as 1,000 people would not need treatment in the ICU.

Moderna’s and Pfizer’s vaccines have not been linked with blood clots at all, the ACIP panel heard.

The CDC did not consider a gender-based restriction, Oliver said, because it would be too hard to explain — even though the risk of blood clots appears to be very low among men.

Dr. Paul Offit, who is a vaccine adviser to the FDA and a pediatrician at Children’s Hospital of Philadelphia, said he thought the CDC did a good job of laying out the risks of the vaccine versus the risks of Covid-19.

“This was the CDC at its finest,” Offit told CNN’s Wolf Blitzer.

Officials in Georgia and Colorado said they would resume administering the J&J vaccine immediately.