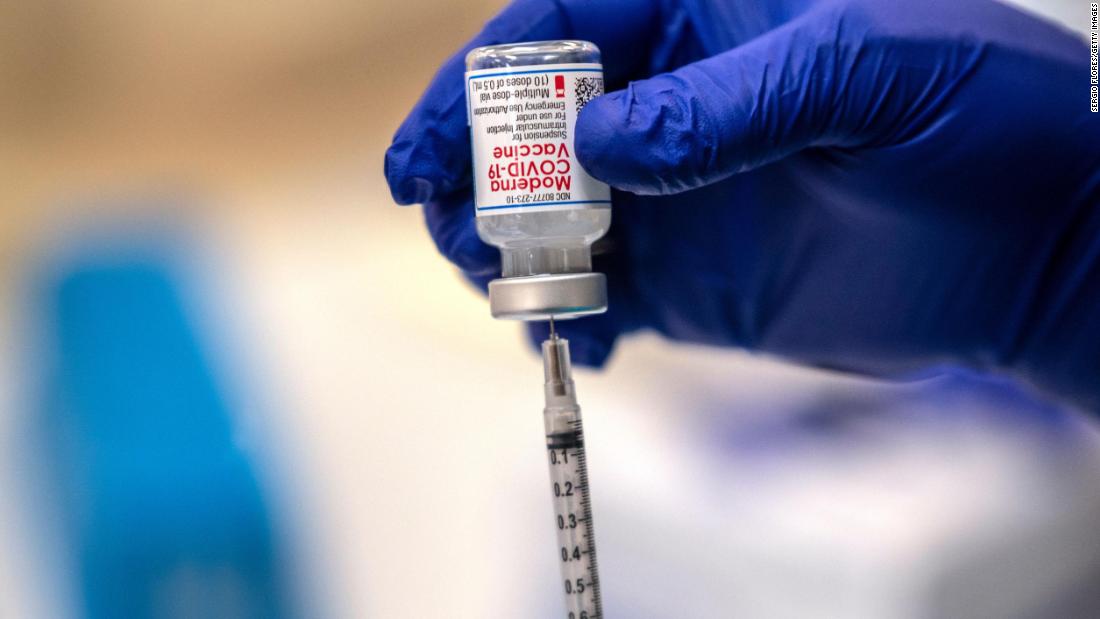 “It’s kind of a mess to figure out with this particular audience what resonates with them, because they see vaccines as taking away their freedom,” said one official. “It’s a hard climb for everyone in public health. It’s moving a rock up a mountain.”

“There is a real concern at CDC that much sooner rather than later we may get to the point where we’re stalled in our vaccination efforts because of hesitancy,” another federal official said.

Republicans aren’t the only vaccine hesitant group in the US — others, such as Black people and Latinos, have also shown some reluctance to roll up their sleeves. But since December, when the Covid-19 vaccines were first offered, vaccination rates in those two groups have risen more sharply than among Republicans, according to the KFF survey.

The officials asked for anonymity because they are not authorized to speak about the CDC’s strategy.

In a statement, a CDC spokesman acknowledged hurdles to overcoming vaccine hesitancy in the US.

“This is an unprecedented and complex public health challenge,” wrote Jason McDonald, the agency spokesman. ”CDC continues to balance both the need to educate and inform people of safe behaviors once vaccinated as well as keep in place public health recommendations to prevent further spread of COVID-19 that could threaten our gains.  We know there are people still deciding whether to get vaccinated.  We encourage them to talk with their healthcare provider, who can address questions about safety or efficacy.  As more people get vaccinated, we will be able to turn the corner on the pandemic and country can begin to return to a more normal way of life.”

A ‘rift’ between conservatives and the CDC

The relationship between the CDC and conservatives may have been doomed from the start of the pandemic.

From the very beginning of the pandemic last year, “a rift” started to grow, with a perception among many conservatives that CDC cared only about getting coronavirus under control and not at all about keeping the economy going, another federal official said.

“I think the challenge is, from early on it was like public health was pitted against the economy,” the official said. “If you agreed with public health, you disagreed with keeping America open.”

While the CDC was cautioning Americans to use masks and practice social distancing, Trump repeatedly said the virus would “disappear” on its own or “just go away.”

“In Trump country, if you want to call it that, there are still significant numbers of people who aren’t sure [Covid-19] is a real thing,” a former senior Trump administration official told CNN.

Or as one advertising executive put it, Trump “galvanized a group of people around a common belief, and that common belief is that this pandemic was a hoax.”

For those Trump followers, the vaccine became a symbol of Democrats “infusing the Democratic way of thinking into people,” said Mike Rutstein, who specializes in health care advertising. “To them, that is the ultimate breach of loyalty, to get vaccinated.

“When you consider all these different aspects, it’s not surprising at all that Republicans are resistant to getting vaccinated,” he added.

Data paints a rough road ahead for CDC.

In the KFF survey, 80% of Democrats said they had already gotten a Covid-19 shot or intended to do so as soon as possible. For Republicans, that number is only 55%.

Among all groups, enthusiasm for the vaccine has increased since the shots were rolled out five months ago, but enthusiasm has grown more slowly among Republicans.

In December, 28% of Republicans indicated they had already received at least one dose of the vaccine or would get it as soon as possible, according to the survey. By April, that number almost doubled to 55%.

During the same time period, that metric for Black people almost tripled. In December, 20% of Black people had already received at least one shot or intended to get vaccinated as soon as possible, and by April that went up to 59%.

There’s hope that the CDC’s new mask guidelines announced Thursday will serve as an incentive for Republicans to change their minds. A federal official said while it might tip the scales for some conservatives, many others will not be swayed.

“I still think there’s a pretty significantly large group of conservatives that just don’t believe that Covid is such a big deal,” the official said. “The CDC can’t give up on those individuals.”

‘I don’t know how to reach people like that’

Biden administration officials know they need to reach out to conservatives to get the vaccine message across.

“We’re trying to get messages to them through trusted messengers,” Dr. Anthony Fauci, Biden’s senior medical adviser, told CNN on May 4. “They could be people in the community, they could be clergy, they could be sports figures, people who they trust, even — probably even more importantly, their local family physician to tell them the reason why it’s so important for them to get vaccinated.”

The agency has not articulated a plan for reaching these trusted leaders — or even figuring out who they are.

In contrast, the CDC has many decades of experience at communicating health messages to specific subpopulations in the United States. The agency has a national program called REACH — Racial and Ethnic Approaches to Community Health — to “carry out culturally appropriate programs to address a wide range of health issues” among Black, Latino, Asian, and other groups, and longstanding relationships with leaders in those groups.

But the agency has no such program and no such relationships to connect with conservative White Americans, the federal officials said.

“We’re not used to messaging to that part of society,” said Dr. Nelson Michael, director of the Center for Infectious Diseases Research at the Walter Reed Army Institute of Research, who has done extensive work in vaccine development and community engagement.

Michael said there’s not much of a blueprint for CDC to follow as they attempt to reach out to conservative Americans.

“This is a very vexing problem. We don’t have a ‘smart book’ for it,” added Michael, a retired Army colonel, referring to published guides for soldiers as they plan operations.

The federal officials interviewed for this story expressed skepticism that simply explaining the science — that vaccines dramatically decrease the chance you’ll catch coronavirus and spread it to others — would convince a large proportion of vaccine hesitant conservatives to roll up their sleeves.

“It can feel selfish when someone says they don’t want to get vaccinated. It’s almost like they’re telegraphing a message saying, ‘I’m invulnerable, and I don’t care about you.’ I don’t know how to reach people like that,” one of the officials said.

Finding the road ahead

Michele Andrasik has some ideas for how to start.

Andrasik is director of community engagement for the Covid-19 Prevention Network, a group assigned by the National Institutes of Health to help run US-government funded Covid-19 clinical trials, and has decades of experience formulating public health messages.

She said it would useful if conservative leaders made public service announcement urging their constituents to get vaccinated.

Some of Trump’s closest advisers have been encouraging him for weeks to do a PSA, and he hasn’t.

That means the CDC will have to think of other ways to reach conservatives.

“I think it will be really critical to sit down and listen to leaders in this community, to have an open dialogue, to get to a place where we can sway some of the folks in this group,” said Andrasik, a psychologist and senior staff scientist at the Vaccines and Infectious Disease Division of the Fred Hutchinson Cancer Research Center. “It would be easy to do surveys, to do focus groups and group Zoom sessions and collect this data.”

She said it would be crucial to drill down on exactly why so many conservatives are so hesitant. She suspects it’s more than just political rhetoric — more than just a desire to defy Democrats.

“I have several family members that fall into this group, and in my conversations with them, it’s more like what is being taken away from them — they feel that their freedom has been taken away, like their right not to wear a mask,” she said. “As a psychologist, I think that comes from a place of loss. So many things are changing, there’s this sense of loss, a sense of being overlooked while other people are being focused on. Why are we not the focus? Why aren’t we front and center?”

Listening — with respect — is key, according to Republican pollster and strategist Frank Luntz, who has held focus groups with Republicans about the vaccine.

“The key is not to demonize them and to recognize and respect that hesitation, that concern,” Luntz told CNN May 4.

“It all starts with publicly acknowledging how these individuals feel. If you don’t acknowledge someone’s feelings, they’re certainly not going to be open to listening to you,” the official said. “If we keep just trying to jam down their throats that Covid is bad – that’s not going to work. It’s going to be challenging, but we’ve got to continue to try to better understand how they feel and why they feel the way they do.”

Until then, the official said, “it’s going to be really hard to convince them to get vaccinated.”