CDC estimates more than 9,200 health care workers have been infected with covid-19 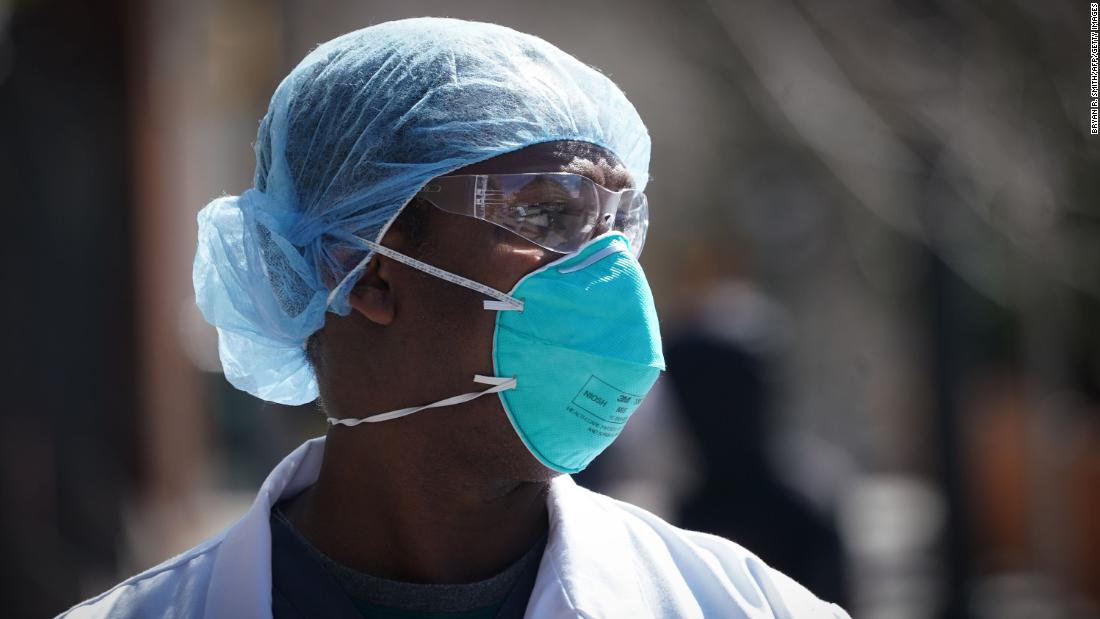 The number is likely an underestimate, since most reports of coronavirus cases don’t include whether the person worked in healthcare.

“This national surveillance article spotlights the large number of healthcare personnel already infected with Covid-19,” said Dr. Anne Schuchat, principal deputy director of the CDC. “I think we’ve all learned this virus was a greater threat than we had thought.”

She added that the virus spreads more quickly than was expected, especially since doctors did not at first realize the extent to which people could be infected without showing symptoms.

“The role that asymptomatic infection played was not appreciated initially,” she said. “I think this virus spread more rapidly and more furtively than we may have understood initially.”

The CDC reviewed data submitted from all 50 states from February 12 – April 9 and found 315,531 laboratory confirmed cases of Covid-19.

Of those cases, 9,282 were clearly identified as health care workers. That is likely an underestimate for two reasons.

One, the CDC estimate of total cases might be low. According to the Johns Hopkins Coronavirus Resource Center, 460,000 people in the US were infected during the CDC’s timeframe, considerably higher than the CDC’s estimate of 315,531.

Two, more than 80% of the CDC records didn’t indicate whether the person was a health care worker.

Some of the healthcare workers became infected at work, and others at home or out in the community.

Among the healthcare workers who had coronavirus, 90% were not hospitalized. Still, there were 184 admissions to the intensive care unit and 27 died.

Schuchat added that it was important to focus on making sure that health care workers have the protective equipment they need, and that workers need to remain vigilant.

“As fatigue sets in and as new folks enter pool of workers, we really need to reinforce how important infection control is to protect the workers and protect the patients,” she said.