Cases of type 2 diabetes among children more than doubled during the coronavirus pandemic, research finds 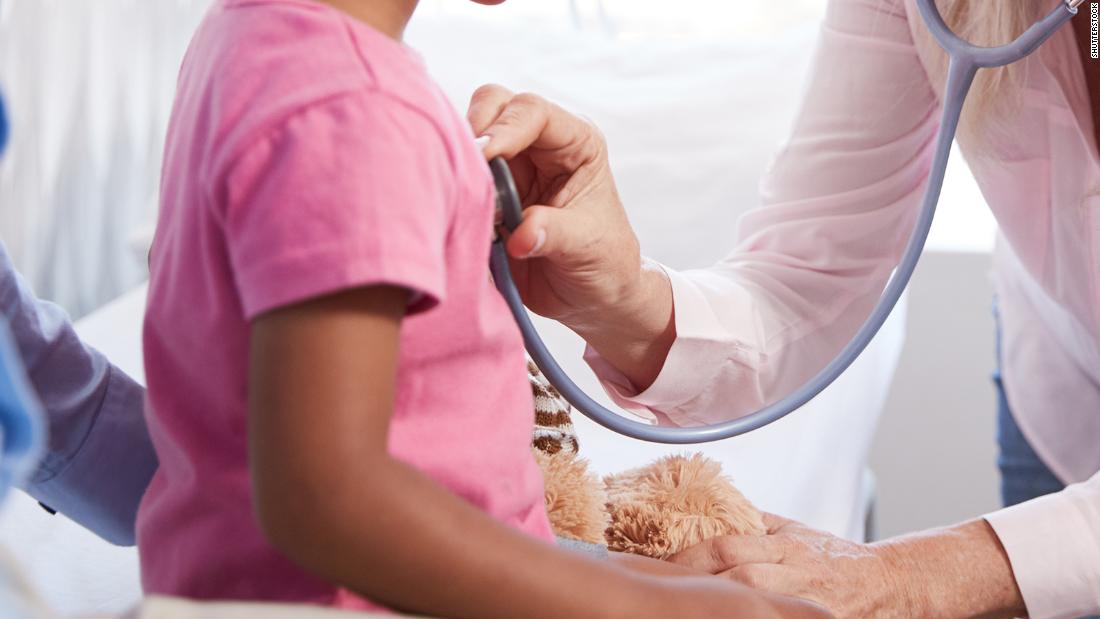 Dr. Daniel Hsia, an associate professor at Pennington Biomedical Research Center in Baton Rouge, Louisiana, and colleagues looked at the hospitalization rate for new onset type 2 diabetes among children at Our Lady of the Lake Children’s Hospital.

“These are very small numbers,” Hsia told CNN. “We’re a single hospital, but we think that we may be a microcosm of what’s happening across the country.”

Type 2 diabetes is by far the most common type of diabetes, and it’s associated with obesity, poor diet and a lack of exercise.

Among the 25 cases of type 2 diabetes over both years, 23 were in Black children, the team noted. Black, Latinx, Asian, Native American, Alaska Native and Pacific Islander children may be at increased risk for type 2 diabetes, according to the US Centers for Disease Control and Prevention. Hsia said these existing health disparities may have worsened over the course of the pandemic.

“Risk factors for type two diabetes may worsen even more during a time like this, where they have to stay home, and they don’t have access to healthy foods and physical activity, and there are sleep disturbances,” Hsia said.

Children who were admitted for type 2 diabetes in 2020 had more severe symptoms than children admitted in 2019, the team said. They had higher blood sugar levels and signs of more severe dehydration — caused when the body tries to get rid of excess glucose through urination.

Dr. Lily Chao, interim medical diabetes director at Children’s Hospital Los Angeles, said she’s seen the same trend in her hospital, particularly in cases of ketoacidosis, a severe complication of diabetes that occurs when the body does not have enough insulin.

“Historically, in people with type 2 diabetes, the rates vary from 5 to 10% in our hospital,” said Chao. “In this past year, our rates went up to 20% of new type 2 diabetes cases presenting in that severe state.”

Chao noted that her hospital serves a primarily Latinx population.

“There are reports of new-onset diabetes that occur after someone’s been infected with the SARS-CoV-2 virus,” said Chao. “We know the Covid pandemic disproportionally affected people of color. What we don’t know is how many of these cases are related to prior exposure to the virus.”

Andrew Aparicio, a 17-year-old patient of Chao’s, said it was about a year ago when he started experiencing stomach cramps and fatigue. At first, he thought it could be coronavirus.

“I wasn’t eating. I would be sleeping most of the day and not doing anything,” Aparicio said.

His father took him to the hospital, where he stayed for a week and was diagnosed with type 2 diabetes. Aparicio said the news came as a shock.

“I left the hospital pretty traumatized,” Aparicio said. “What happened to me really scared me.”

Aparicio said he weighed around 257 pounds at the time, “Being stuck at home all day, I would just eat. Covid kind of messed me up.”

“Andrew’s case is really inspirational,” said Chao. “It is extremely difficult for many of our young people to really accomplish what he has in terms of motivation to stay as physically active as he has and to exercise that discipline.”

A year later and about 120 pounds lighter, Aparicio is ready to take on his senior year of high school. He no longer needs the same level of medication to manage his diabetes and says that in a few months, he may be able to stop taking some medication completely — a sign that he is doing much better.

“Overall, I’m both mentally and physically happy with the change I’ve been able to accomplish,” he said. “I have a whole new lifestyle.”

Children and teens almost never got type 2 diabetes until recently, according to the CDC, which now says the condition is a growing problem among pediatric patients.

“Getting diabetes at this age is very different than getting diabetes as an adult,” said Chao. “The complications occur sooner. It is a much more progressive condition.”

Hsia says additional research is needed to understand the factors driving the increase in cases, but the lifestyle changes associated with the pandemic — including less physical activity and more screen time — could drive weight gain in children.

“The little weight changes and small amounts of weight gain can certainly tip the scale and cause someone to develop type 2 diabetes,” Hsia said.

The CDC says having a family member with type 2 diabetes, being born to a mother with diabetes while pregnant, and having conditions related to insulin resistance can place children at increased risk. The agency advises that children who are overweight and have a combination of risk factors check with their doctor about getting their blood sugar tested.