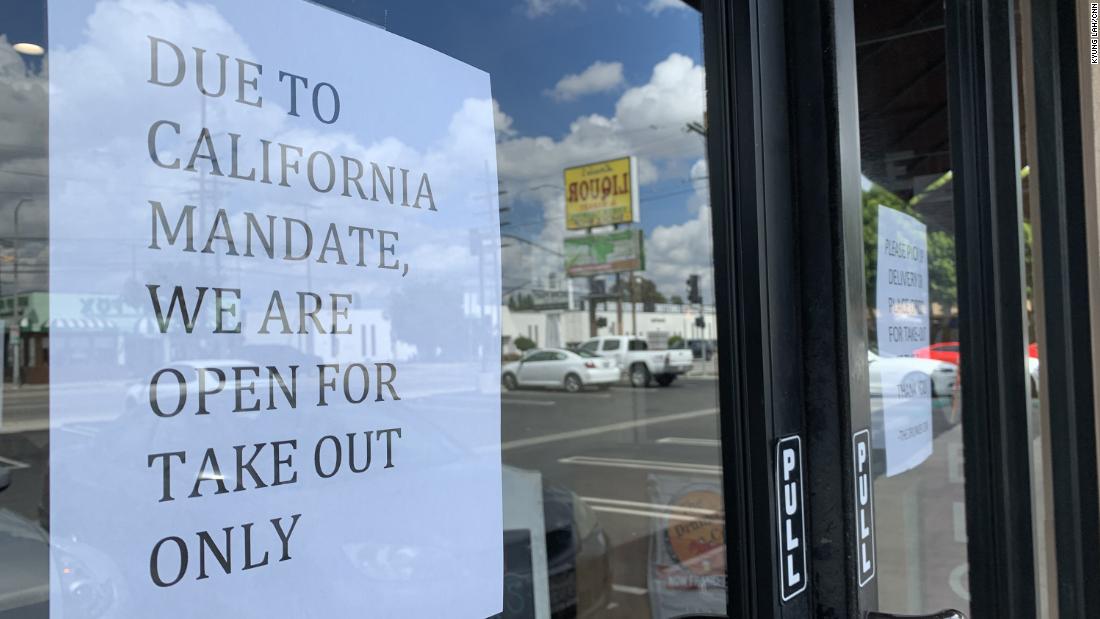 A widely shared local television video of last week’s news conference, which was posted on YouTube, reached more than 5 million views and was amplified by Elon Musk and Fox News, where Dr. Dan Erickson and Dr. Artin Massihi appeared on primetime shows two nights in a row.

The doctors, who are not epidemiologists and who own and operate urgent care centers in the Bakersfield area, held the news conference on April 22 to share their conclusions about the results of 5,213 coronavirus tests at their clinics, extrapolating their findings to the California population as a whole.

The comments and conclusions of the doctors drew widespread condemnation from health officials and medical experts.

“There is a lot to object to from a scientific point of view,” Andrew Noymer, an epidemiologist, told CNN. He said one big problem is that the doctors made estimates based on their clinics’ clients who were tested, not a sampling of the general population.

“What these doctors are doing is corrupting the process from the start to make it seem like they are doing an honest policy analysis,” added Noymer, who is an associate professor of population health and disease prevention at the University of California, Irvine.
The video also prompted the American College of Emergency Physicians and American Academy of Emergency Medicine to issue a forceful joint statement on Monday calling the pair’s claims “reckless and untested musings” that “are inconsistent with current science and epidemiology regarding COVID-19.”

“As owners of local urgent care clinics, it appears these two individuals are releasing biased, non-peer reviewed data to advance their personal financial interests without regard for the public’s health,” the statement read, “COVID-19 misinformation is widespread and dangerous. Members of ACEP and AAEM are first-hand witnesses to the human toll that COVID-19 is taking on our communities. ACEP and AAEM strongly advise against using any statements of Drs. Erickson and Massihi as a basis for policy and decision making.”

Health officials in Kern County, where Bakersfield is located, also said they disagreed with the claims made by Erickson and Massihi.

“In our ongoing effort to mitigate the impacts of COVID-19 on our residents and healthcare system, we continue to adhere to the guidance issued by Governor Newsom regarding the stay at home order,” a Kern County health official said in a statement to CNN.

Erickson and Massihi did not return CNN requests for comment.

At a time when stuck-at-home Americans are yearning to return to their pre-pandemic lives, the doctors have found a receptive, even high-profile audience.

Over the weekend, Tesla CEO Elon Musk, who has claimed the coronavirus death rate is “overstated,” tweeted the video to his 33 million followers with the comment, “Docs make good points.”

On Monday, YouTube removed the video from its platform for violating the company’s community guidelines and policies against Covid-19 misinformation, the company said.

“We quickly remove flagged content that violates our community guidelines, including content that explicitly disputes the efficacy of local health authority recommended guidance on social distancing that may lead others to act against that guidance,” a YouTube spokesperson told CNN.

In the video, the doctors repeatedly claimed that stay-home orders and social distancing are not necessary because “it decreases your immune system.”

Those claims run counter to the recommended guidance from the World Health Organization, the US Centers for Disease Control and Prevention, as well as California officials.

YouTube said it is working to take down any new versions of the video uploaded to the platform and cautioned that repeated violations of its policy could result in a permanent suspension from the platform.

On Monday evening, the pair appeared on Laura Ingraham’s prime-time Fox News show, where Erickson told the host he has looked to Sweden, where restrictions imposed to fight the coronavirus have been far less sweeping than those implemented by the country’s neighbors.

In Sweden, the death rate has now risen significantly higher than many other countries in Europe, reaching more than 22 per 100,000 people, according to figures from Johns Hopkins University. Meanwhile, Denmark has recorded just over seven deaths per 100,000 people, and both Norway and Finland less than four.

Noymer, the epidemiologist, said the US enacting a policy like Sweden’s would result in a public health disaster.

“If we followed what Sweden is doing, we would have the worst results in terms of cases in the Western Hemisphere,” he said.