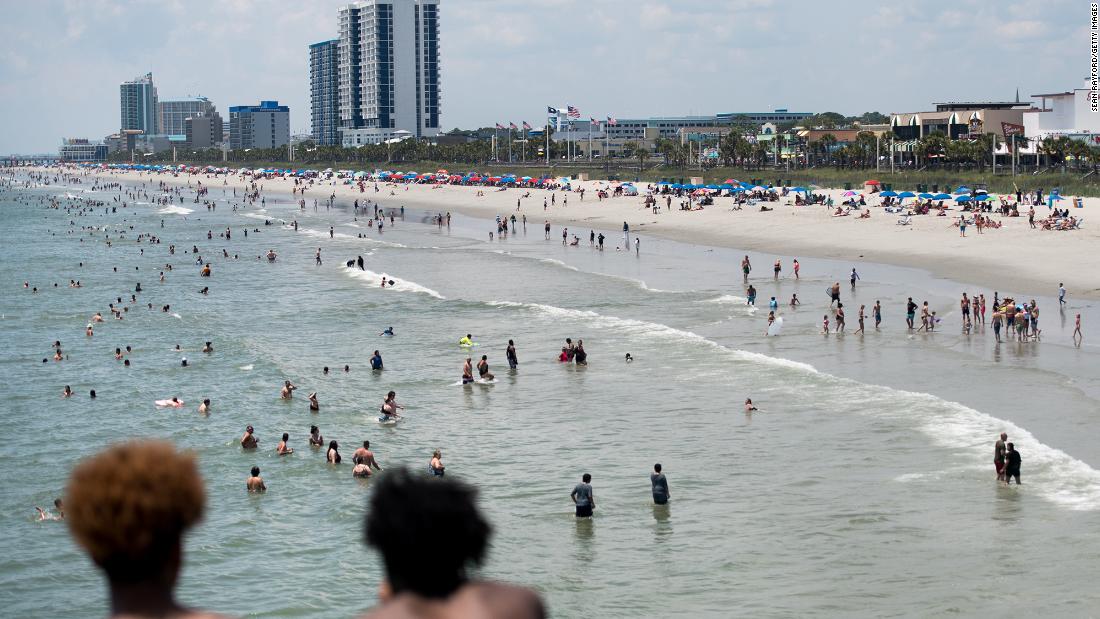 By August, 1 out of every 5 confirmed coronavirus cases is a person in their 20s, according to new data published Wednesday by the US Centers for Disease Control and Prevention.

From June to August, Covid-19 incidence was highest in people ages 20 to 29, with the southern United States experiencing regional outbreaks during June.

During that month alone, positive coronavirus test results in the South among adults ages 20 to 39 preceded increases among those older than 60 by four to 15 days (an incubation period is up to 14 days).

The shift toward infections among younger people happened in all regions of the US, providing early evidence that young adults likely contributed to community transmission, according to researchers. However, the CDC noted that data varied across geographic regions and cases reported by state health departments were likely lower than the actual numbers.

The CDC looked at age trends from May to August in all 50 states and the District of Columbia.

Emergency room visits were reported to the National Syndromic Surveillance Program as those who had a fever with cough, shortness of breath, or difficulty breathing, or a discharge diagnostic code for Covid-19 and no diagnostic codes for influenza.

A similar age shift occurred in Europe, where the median age of Covid-19 cases declined from 54 years during January to May to 39 years during June to July — during which time people ages 20 to 29 constituted the largest proportion of cases, the study noted. Similar observations have also been made by the World Health Organization.

A number of factors put young adults at a higher risk for exposure to coronavirus, the study said.

Young adults make up a large proportion of front line workers in retail stores, public transit, child care or social services, as well as those in high exposure industries such as restaurants or bars and other entertainment services.

In addition, younger adults might be less likely to follow community mitigation strategies, such as social distancing and avoiding group gatherings.

The CDC study also found that young adults, who are more likely to have mild symptoms or no symptoms, can unknowingly contribute to presymptomatic or asymptomatic transmission to others, including to those at higher risk for severe illness.

Although coronavirus is known to hit older adults harder, the CDC noted that the virus is not benign in younger adults, especially those who have other underlying health issues that place them at risk for hospitalization, severe illness and death.

Because of these risks, the CDC recommended strict adherence to mask and social distancing guidelines by young people, as well as enforcing protection measures for essential and service industry workers.