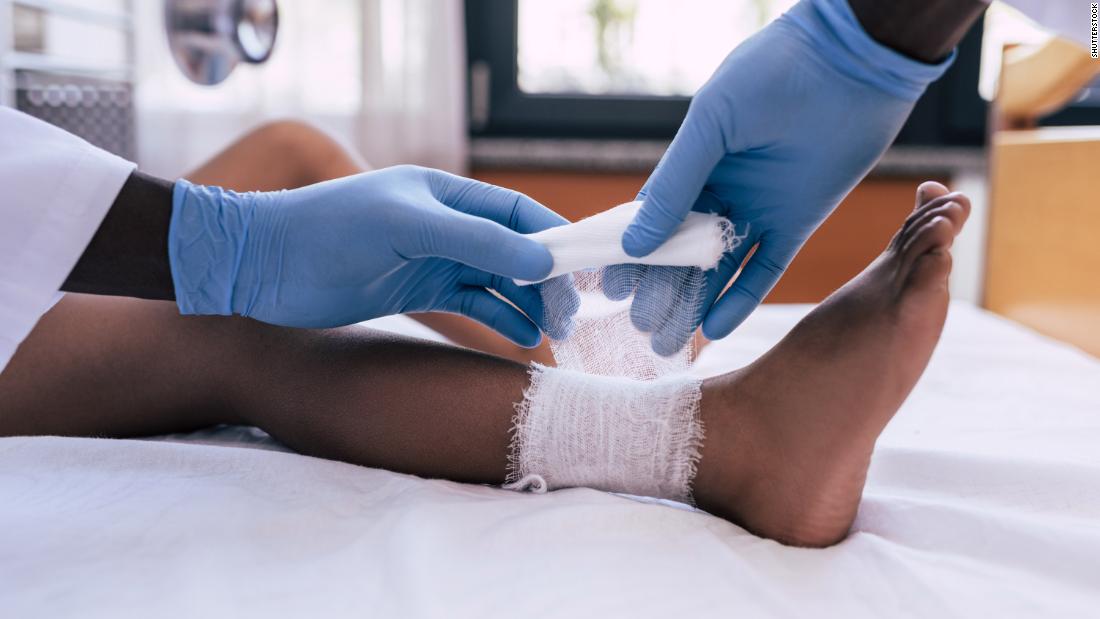 It’s well known that Black people have higher rates of poor outcomes after surgery than their White counterparts. The prevailing cause of such disparity may be that, before surgery, Black adults have higher rates of chronic diseases — in addition to other potential factors such as implicit bias and structural racism.

Whether these same disparities exist among different races in healthy children, who are expected to have lower risk, hadn’t been studied until now. Prior related research on children included analyses of those who had more serious diseases and disorders.

That complications and death still occurred at a higher rate for even healthy Black children in comparison to White peers who participated in the study highlighted that pre-surgery disease isn’t the only factor leading to post-operation misfortune, the researchers said.

“The expectation should be that complication rates and/or mortality among healthy children won’t vary based on racial category — what we found is that they do,” Nafiu said.

“Although these findings are unsurprising, they are still nonetheless terrifying and unacceptable,” said Chicago pediatrician Dr. Nia Heard-Garris, who chairs the minority health, equity and inclusion committee of the American Academy of Pediatrics.

“To think of any children dying after surgery is distressing; however, children who have no or mild illness prior to surgery and to go on to experience complications, adverse events, or even death requires immediate attention and action,” said Heard-Garris, who was not involved in the study.

Being Black “isn’t the problem” that leads to disparities in health care, she added. “How our society treats, discriminates against, and denies equity to African Americans and other peoples of color encapsulates the problem and inexcusable deaths.”

Greater risk for complications and death

In addition to their higher risk of death within 30 days, Black children had an 18% greater chance of developing complications. These kids also had a 7% higher likelihood of developing “serious adverse events,” especially bleeding that required blood transfusions, and sepsis — the malfunctioning of organs, shock and death as a result of the body’s response to harmful bacteria or viruses in the blood or tissues.

Black children, moreover, were at greater risk for undergoing surgeries and intubations for a second time that weren’t part of the plan.

The children in the study were under 17 and part of the National Surgical Quality Improvement Program-Pediatric database from 2012 to 2017. The program is generally a reporting system designed to collect the outcomes of children undergoing surgical procedures at different medical sites in the United States.

Children included were those who underwent inpatient surgeries and who ranged from being normally healthy to being afflicted by mild disease such as seizure disorders. More children of both races were mildly sick than completely healthy, and they had similar low rates of different disorders and diseases before surgery.

Among 172,549 children, the overall occurrence of death, post-surgery complications and other serious adverse events such as heart attack, sepsis, readmission or reoperation was low.

The study’s findings are “disturbing” but important because they “further illustrate the ways racism shapes health outcomes in this country,” said California pediatrician Dr. Rhea Boyd, who teaches nationally on the relationship between structural racism, inequity and health. She wasn’t involved in the study.

“Racism, not race, is a critical determinant of health,” Boyd added. “Racism makes people sick and contributes to premature death, even for our kids.”

Many factors can affect post-surgery health, including racism

That Black children had higher death rates may be explained by their greater likelihood of experiencing seriously harmful events after surgery, the study said.

The database analyzed in the current study didn’t identify specific hospitals, so the researchers lacked details on the quality of the hospitals at which these children underwent surgery. Whether those hospitals were riddled with any of the lack-of-diversity or implicit bias found to impact communication and decision-making for patients was also unknown.
Aside from pre-surgery disease, poverty, lack of access to health care and other resources, and biological predisposition have all been considered as probable causes of complications and death after surgery, related studies of mostly adults showed.

“As the study notes, previous data has indicated that insurance status determines and sometimes racially segregates care in America,” Boyd said. “So we need to know if hospital segregation, and by virtue of segregation, lower hospital quality, contributes to this outcome.”

Other factors, such as the communication between a physician and his patient and bias among health care providers, have also been found to influence how people of different races fare after surgery, the study said.

The researchers cautioned that their findings are from observational data. “Race doesn’t cause these outcomes, but it is strongly associated with them,” Nafiu said.

The researchers’ next job, he added, is to look at what post-surgery complications are driving the disease and death patterns, so they can determine what might help.