Being an astronaut during a pandemic: ‘I think I will feel more isolated on Earth’ 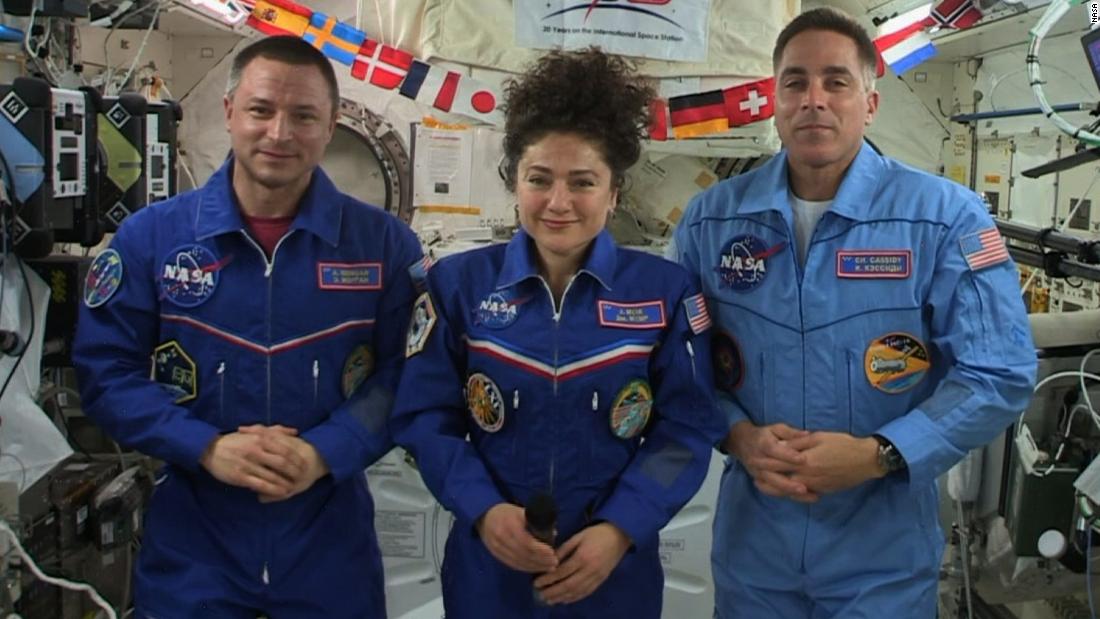 And when they return to Earth on April 17 after being gone for seven and nine months, respectively, they will find it a very different place than when they left.

“It’s quite surreal to see it unfolding on Earth below,” Meir said. “From here, Earth looks just as stunning as usual, so it’s hard to believe all of the changes that have taken place since we left.”

“We can watch news up here, and we’ve been talking to friends and families to try to paint a picture,” Morgan said. “But from up here, it’s hard to understand what has transpired and how life will be different when we return.”

Morgan, selected by NASA as an astronaut in 2013, also serves as an emergency physician with the US Army.

“As an emergency physician, I know what it’s like to be in a hospital or on the front lines of a field hospital,” Morgan said. “I’m very proud to be part of that profession, but at the same time, I feel guilt that I am as separated from it as I could be right now.”

The astronauts shared their gratitude for everyone responding to the global crisis and spoke to the sense of pride they feel regarding first responders and medical professionals across the world who have risen to the occasion and risked their own lives.

“We’d like to give our thanks to the doctors, nurses, all medical personnel, firefighters, officers, first responders and everyone on the front lines putting their lives on the line for all of the human race down there,” Meir said. “Your efforts are appreciated.”

Meir and Morgan also spoke to aspects of living in isolation — “something we’re very good at, but people on Earth are experiencing in a new way,” Morgan said.

His advice for people under quarantine is to stick with a routine or schedule and “be a good crewmate, thinking about how your actions affect others.”

The two astronauts are looking forward to returning to Earth, even if it’s going to be a very different reality than the one they were used to ahead of spaceflight.

“It will be difficult to not give hugs to family and friends after being up here for seven months,” Meir said. “I think I will feel more isolated on Earth than here because it’s expected up here. We’re busy with amazing pursuits and tasks and don’t feel the isolation. But it will be wonderful to see family and friends virtually and at a distance.”

As for space, Meir said she would miss the view of Earth from the space station. “The feeling that gives you as a human is quite difficult to put into words,” she said.

On Earth, NASA ground teams such as flight and mission control have been affected by the pandemic. Handovers between teams across shifts have been occurring in two different rooms to minimize contact, Morgan said.

It’s Cassidy’s third spaceflight and he said the launch was perfect and that “it never gets old.” But his family, and many others, couldn’t attend the launch.

As usual for astronauts before a launch, he spent two weeks in quarantine.

“We knew we would be in quarantine, but we didn’t know the rest of the world would join us,” he said. “Leaving that behind, my heart goes out to everyone. This mission feels different.”

The astronauts were asked about hope in the midst of the global crisis.

“We can try to find the silver linings and positive elements,” Meir said. “One of those things my family and friends are talking about is connections they’ve been able to foster with loved ones. It’s bringing that innate human element out, reminding us of our priorities.”