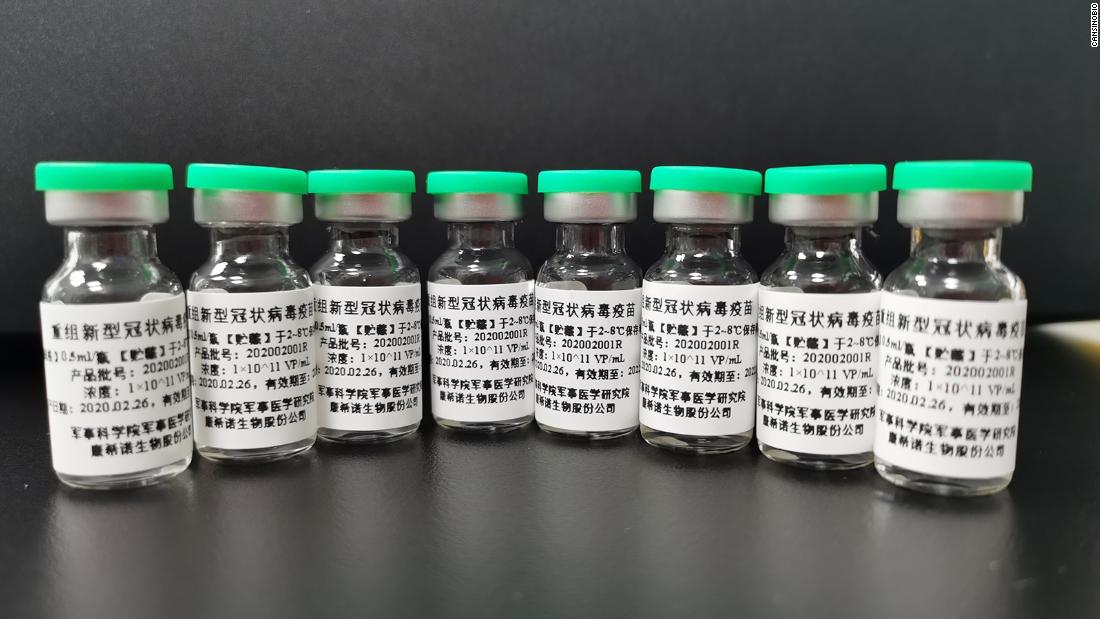 The vaccine, known as Ad5-nCoV, was jointly-developed by the Beijing Institute of Biotechnology — part of the Chinese government’s Academy of Military Medical Sciences — and vaccine company CanSino Biologics.

In a statement to the Hong Kong Stock Exchange on Monday, CanSino announced that China’s Central Military Commission had given the vaccine a “military specially-needed drug approval” on June 25. The special permission will last for one year and will only apply to military personnel.
China has repeatedly insisted that its military has remained unaffected by the pandemic, with officials claiming that the People’s Liberation Army (PLA), has not recorded a single coronavirus case.

US observers, however, have cast doubt on the claims, noting that the PLA is the among the world’s largest standing armies, making it statistically unlikely that its personnel have not been exposed to the virus.

Neither the Chinese government nor CanSino have said how broadly the vaccine will be distributed, which units were be selected or whether it will be mandatory or voluntary for personnel.

CNN has reached out for CanSino for comment on the announcement.

According to a CanSino statement, clinical trials of the new vaccine have shown a “good safety profile” with initial results indicating that Ad5-nCoV had potential to prevent diseases caused by SARS-CoV-2, the coronavirus strain that causes Covid-19.

CanSino had previously announced in May that the Canadian government was allowing human trials of the Ad5-nCoV vaccine. “This vaccine candidate holds great promise,” Iain Stewart, president of the National Research Council of Canada, said in a statement at the time.

China is just one of several countries rushing to produce a vaccine for the novel coronavirus, which has now infected more than 10.3 million people worldwide and killed at least 505,000.

There is no clear picture of when a vaccine might be available, or even if one is possible, but top US infectious diseases expert Dr. Anthony Fauci has said there are hopes for a drug by the end of 2020. No vaccine has been approved yet for commercial release.
Currently, at least 17 vaccines are in clinical evaluation around the world, according to the World Health Organization, eight of which are being developed in China.

According to the statement from CanSino, the first and second phases of their Ad5-nCoV vaccine trials have already been completed.

Previous results of Ad5-nCoV trials, published in medical journal the Lancet, were met with a lukewarm response by experts. According to the study, almost half of Ad5-nCoV vaccine recipients reported fever, with 44% describing fatigue and 39% reporting a headache. Overall, 9% of patients described side effects that were severe enough to have potentially “prevented activity.”
Speaking to Chinese state-run tabloid Global Times, Li Daguang, a professor at the National Defense University of the People’s Liberation Army, said the authorities had followed “normal procedures” to approve the drug for military use and that its special status would change future development or marketing.