Before coronavirus we were dying of loneliness. Can a pandemic help America heal? 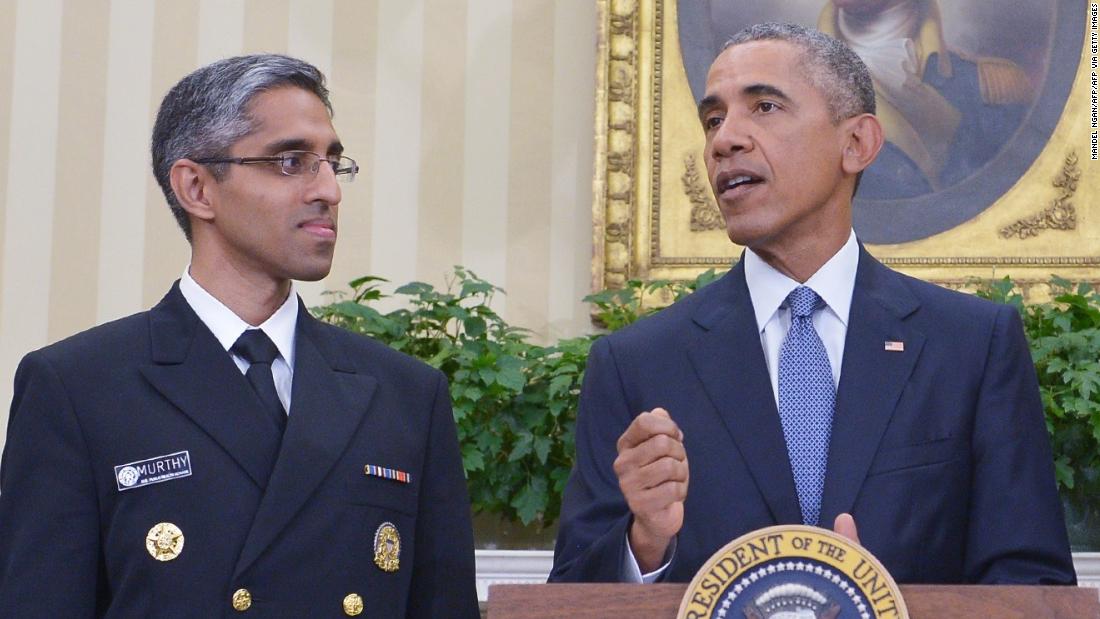 It’s a piece of medical detective work that also reveals our deep interconnectedness. But before Covid-19 went global, Dr. Vivek H. Murthy identified another epidemic, one spread not through connections, but in their absence.

“Loneliness is an important health priority,” Murthy said, who served as the US Surgeon General from 2014 to 2017. “There’s growing evidence that we have a strong association between loneliness and concerning health outcomes.”

Americans, Murthy said, are lonely. While the feeling is common, it’s also serious.

And now, as Americans use social distancing to reduce the spread of coronavirus, Murthy sees the looming threat of an ongoing “social recession” that could leave us coping with growing disconnection for years to come.

But the virus, he says, could also be an opportunity for meaningful change.

The health risks of being lonely

A little bit of loneliness isn’t necessarily a bad thing, said Murthy, who was nominated for the post of surgeon general by President Obama in 2013.

He suggested thinking of the feeling as a message from your body.

“It’s actually a natural one that we have in response to a lack of social connection in our lives,” he explained. “In the same way we have hunger or thirst, when we lack for something we need for survival, our body signals us with loneliness.”

When loneliness goes unaddressed over the long term, however, it can start affecting both physical well-being and mental health.

“Loneliness places us in a physiological stress state,” said Murthy. “When stress states are very intense or prolonged, they can, over time, generate higher levels of inflammation in our body, they can deplete us emotionally.”

In a 2010 meta-analytic review of the data on loneliness, Julianne Holt-Lunstad, professor of psychology and neuroscience at Brigham Young University, found that strong social relationships increase an individual’s likelihood of survival by 50%.

A lack of human connection, she found, has an impact on longevity similar to the effects of smoking 15 cigarettes a day; it’s worse than drinking too much or getting too little exercise.

Additional studies have found links between loneliness and a long list of other health conditions, including heart disease, stroke, dementia, high-blood pressure and anxiety.

How bad is the problem?

Studies assessing Americans’ sense of loneliness vary from about a quarter to nearly half of the population.

The Kaiser Family Foundation found in 2018 that 22% of Americans felt lonely or socially isolated. That same year, a Cigna study put that number at almost half the country’s adults — more than 116 million people.

And it’s not just the United States. The Kaiser Family Foundation study found that 23% of British adults and 9% of Japanese adults report loneliness and social isolation. Murthy noted that global loneliness data is not as well developed as other public health data.

But despite the widespread problem, Murthy said the shame and isolation associated with feeling lonely make it hard for many Americans to say they’re having trouble.

“When you look around you, if you’re judging other people’s lives by their social media feeds and what they talk about in group settings, it seems more often than not that other people are leading perfect lives,” he said. “I think that makes it hard to be vulnerable and open about loneliness.”

And while the social distancing required to slow Covid-19 is making Americans more physically isolated, Murthy hopes it’s also sparking conversations about the importance of social connections in our lives.

“We are all going through this life-altering ordeal, and our lives have all been turned upside-down,” he said. “Most people recognize it. Many people are, in fact, struggling.”

That shared challenge can be an opportunity, Murthy said.

“When we recognize that we, and everyone, are vulnerable,” he said, “it can make it easier to reach out, to check in with someone, to be honest about how you’re doing as well.”

A prescription for loneliness

Murthy believes that building a sense of community can start now, even with the constraints of social distancing during the coronavirus pandemic.

“One of the things is making sure we’re spending some time each day reaching out to people in our lives,” he said. “That could just be 15 minutes.”

The 15-minute investment pays valuable dividends for people on both ends of the line. “In the short term, that 15 minutes could have a significant impact on your mood,” Murthy said. “When done consistently over time, it can be a lifeline that connects you to the outside world.”

Next, focus on raising the quality of each interaction by ditching distractions. Humans, he noted, overestimate their abilities to multitask well. Putting down devices and paying close attention sends a powerful message that we’re tuned into the conversation.

“One of the greatest gifts we can give other people is the gift of our full attention,” said Murthy. “It’s not always what we say. It’s about our ability to listen, and that has a powerful impact on our connection.”

By listening to others, Murthy said, we can address our own need for connection as well.

“Service can be a powerful antidote to loneliness,” Murthy explained. “What loneliness does to us, especially chronic loneliness, in a somewhat counterintuitive way, is shift our focus inwards, towards ourselves.”

At the same time, he said, the feeling erodes self-esteem, leaving many feeling that they have little to offer those around them.

“One of the things that’s powerful about service is it shifts the focus from us to other people, while reaffirming that we have value to bring to the world.”

The first possibility, he said, is a “social recession,” with Americans feeling more and more loneliness as the pandemic continues. In that case, he thinks a widespread sense of disconnection could linger even when the threat of coronavirus lifts.

But Murthy remains hopeful that this sudden disruption to American society could instead be an opportunity to reflect and reorient. “It could trigger quite the opposite — a resurgence and a revival of social connections,” he said.

When facing scary, life-changing events, Murthy noted that many of us take a second look at the value of relationships, something he’s seen firsthand in conversations with patients reflecting on the end of their lives.

Murthy, who in 2015 received the Public Health Service Presidential Unit Citation for his work fighting the Ebola pandemic in West Africa, has been reflecting, too.

“When I look at how I spent my life over the last 10 years — where I put my time, energy and attention — it’s probably been much more on work than it has my family,” Murthy said. “I think about that, and I want my life going forward to be different.”

As America copes with social distancing, many are leaning into virtual connections, inventing new ways to congregate with their creative, social and spiritual communities. All the Zoom meetings, virtual cocktail hours and live-streamed yoga classes are, in a way, a statement of how deeply we care about spending time with others.

That collective effort, Murthy said could be an extraordinary silver lining to an otherwise dark moment.

“My hope is that we will be able to come out of this pandemic with a greater appreciation for how vital human connections are, in our day-to-day lives and in our long-term well-being,” Murthy said. “And we can do that.”