Before a Washington mother died of coronavirus, her children used a walkie-talkie to say goodbye 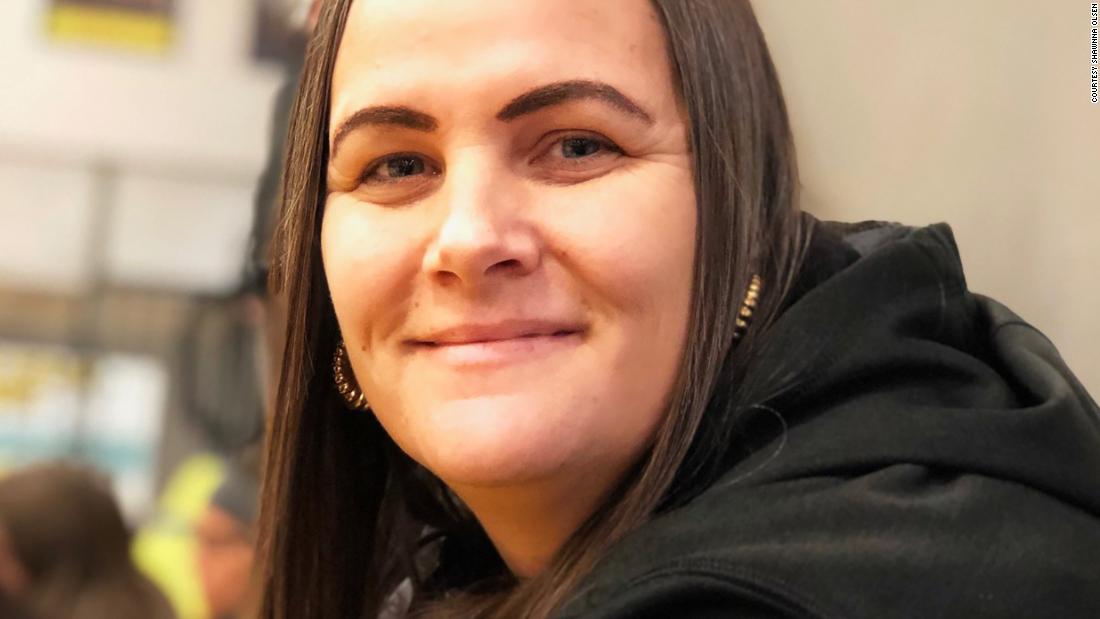 Rutter, 42, died on March 16 in Everett, Washington, after contracting coronavirus. Shortly before she passed, staff at Providence Hospital were keeping visitors out her room, hoping to prevent the virus’s spread.

Her children, ages 13 to 24, were losing another parent, eight years after their father died. They gathered outside her hospital room, and staff came up with an arrangement to let them talk to her.

“They took a walkie-talkie, and they placed (it) right by her bedside, on the pillow,” her son Elijah Ross-Rutter, 20, told CNN’s Alisyn Camerota on Wednesday.

Looking at her through a window, “We got to say our final words and goodbyes to our mom,” he said.

“I was able to tell her I loved her,” he said. “It’s kind of hard. In the moment, you really don’t know what you’re going to say, you know?”

Elijah said he told his mother that “everything’s going to be all right with the kids.”

“Us older siblings, we’re going to make sure everything’s OK with (the younger ones) and that they’re going to grow up to be some adults that my mom would want them to be,” he recalled.

‘We were just starting to feel whole again’

Rutter had been battling breast cancer, but was told in January she was in remission, her family has said.

“We were just starting to feel whole again,” her son told CNN.

She began to feel ill on March 2 — she was weak, had trouble breathing and had a migraine.

Her son said he first took her to a hospital on March 3. That first time, she was there four to five hours, but returned when her condition worsened.

“She fought valiantly until she could not fight any more,” a GoFundMe page set up on behalf of the family says.

“We plan on staying together, and all getting a house together … and fighting this all together,” Elijah said.

So far, the GoFundMe has raised more than its $350,00 goal from nearly 8,000 donors. The organizer of the fundraiser, Carrie Frederickson, wrote that the money helped Tyree afford the attorneys needed to settle his mother’s estate and start the guardianship process for his three youngest siblings.

“In such a dark time for these six siblings, you are the ray of light that they needed,” Frederickson wrote.

Sundee Rutter’s older sister, Shawnna Olsen, called Sundee a “hero” who always put her children first. Rutter had been a single mother since the death of her husband in 2012, Olsen said.

“My sister was amazing,” Olsen said. “She was the first to lend a helping hand to anyone.”

The children “are well loved by family, community and complete strangers,” Olsen said.