Bagged salad: More than 200 people get infections linked to sales in eight states 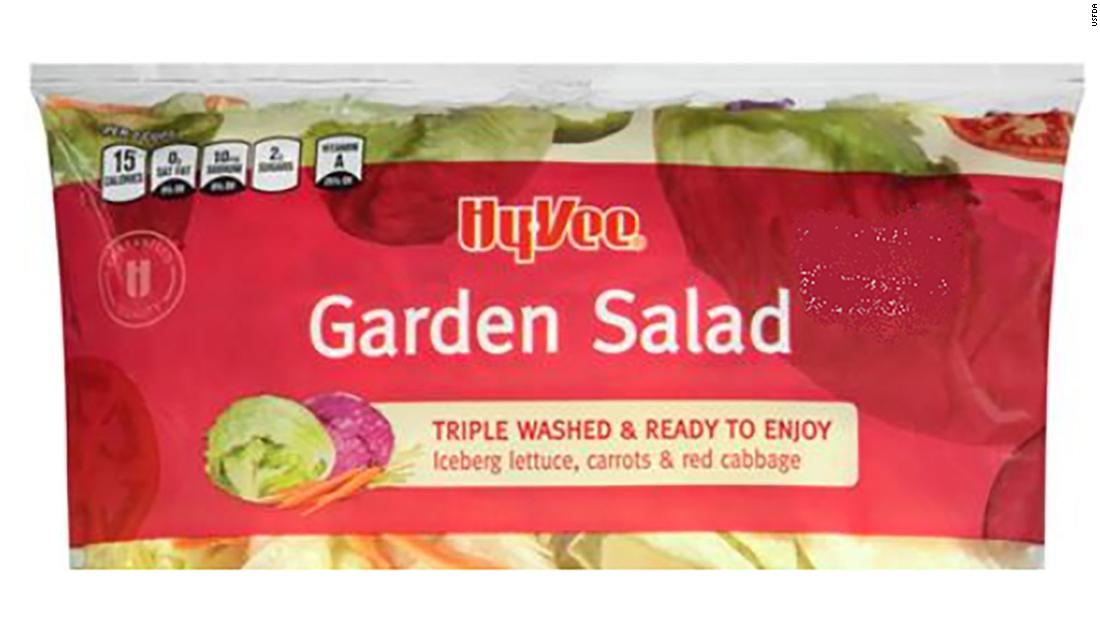 The cases, which are in eight states mostly in the Midwest, are infected with Cyclospora, the CDC said.

The US Food and Drug Administration had been warning customers not to eat certain store brand garden salad mixes sold by ALDI, HY-Vee, and Jewel-Osco. The government investigation found that the mix, which is produced by Fresh Express, was also sold at Walmart stores. The mixes are under different brand names at the different stores.

The products, which are made up of iceberg lettuce and may include red cabbage and carrots, have now all been voluntarily recalled by each of the stores.

Cyclospora is a microscopic parasite that can cause diarrhea lasting a few days to a month or longer. Symptoms typically appear about a week after someone has consumed contaminated food or water.

The FDA says it and the CDC are working with companies to investigate the connection. In the meantime, the agency said it wants consumers to not eat the salad mix.

The CDC said people should check their refrigerators to see if they have any of the recalled salads and should throw them away, even if some of it has been eaten and no one has gotten sick. If someone does get sick, they should call the doctor and be sure to write down what was eaten in the two weeks prior to feeling unwell.

The CDC and FDA continue to investigate to determine if other products are connected to this outbreak.