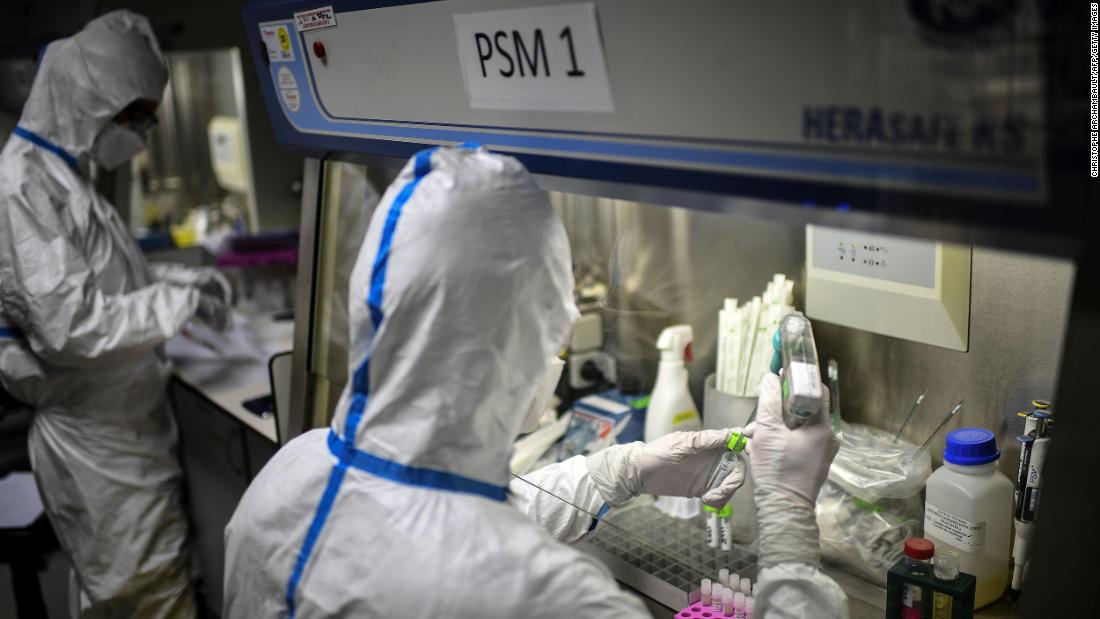 The findings clash with separate research that previously suggested the variant may be tied to a higher risk of dying from Covid-19.

One of the studies, published on Monday in The Lancet Infectious Diseases, found no evidence in a sample of hospitalized patients that the B.1.1.7 variant is associated with severe Covid-19. However, the variant was associated with increased viral load, which supports the growing evidence that it is more easily transmitted.
The other study, also published Monday in The Lancet Public Health, found no statistically significant association between the B.1.1.7 variant and the types or duration of Covid-19 symptoms people said that they experienced.

The Lancet Infectious Diseases study included data on 496 people who were admitted to hospitals in London and tested positive for coronavirus infection.

“Our data, within the context and limitations of a real-world study, provide initial reassurance that severity in hospitalised patients with B.1.1.7 is not markedly different from severity in those without, and this study provides a model to answer the same question again as we move into an era of emerging variants,” the researchers, based in the United Kingdom, wrote in the study.

Nose and throat swab samples were collected from the patients between November 9 and December 20. Among those samples, 341 underwent genome sequencing. The sequence data showed that 198 of the patients, or 58%, had infections caused by the B.1.1.7 variant while the others were caused by other strains of the coronavirus.

The researchers found no difference in the outcome of severe disease or death between the variant and other lineages.

But the researchers identified increased viral load among the B.1.1.7 patients.

Overall, “patients with B.1.1.7 were younger and had fewer comorbidities than those with non-B.1.1.7 infection, possibly representing the widespread and potential increased transmission of this variant in the community or differences in probability of hospital admission, which we were not able to explore in this hospital-based cohort,” the researchers wrote.

“Finding B.1.1.7 more commonly in younger versus older individuals gives a subtle hint of more severe disease if patients with B.1.1.7 are hospitalised more often compared with patients with other lineages, although difference in disease severity by B.1.1.7 was not found in this hospitalised cohort in the main analysis.”

‘This study adds to the consensus that B.1.1.7 has increased transmissibility’

The Lancet Public Health study included data on 36,920 people who reported testing positive for Covid-19 and logged their symptoms into the COVID Symptom Study app between September 28 and December 27.

The app — designed by doctors and scientists at King’s College London, Guys and St Thomas’ Hospitals and Zoe Global Limited, a health technology company — helps track the spread of Covid-19 and the range of symptoms experienced.

The study’s authors, based in the United Kingdom and the United States, analyzed the data reported in the app along with Covid-19 surveillance data for the UK.

The analysis showed that the prevalence of the B.1.1.7 variant in certain regions and over time was not associated with changes in Covid-19 symptoms reported in the app or the duration of symptoms.

The researchers found that the rate of coronavirus reinfections was low — with 0.7% of app users who reported a positive Covid-19 test testing positive again after 90 days — and there was no evidence of increased reinfection rates associated with the B.1.1.7 variant.

The researchers did not have data on risk of dying from Covid-19 and most of the app users get tested only when they have symptoms, so there were relatively few asymptomatic infections in the data.

Yet the researchers found a “multiplicative increase” in the reproduction number of the B.1.1.7 variant, suggesting it can spread more easily.

“This study adds to the consensus that B.1.1.7 has increased transmissibility, which has contributed in large part to the sharp rise in cases in the UK over the study period and beyond, as well as ongoing third waves in European countries with growing burdens of B.1.1.7 cases,” Britta Jewell, of Imperial College London, wrote in an editorial that accompanied the new study in the journal The Lancet Public Health. Jewell was not involved in the new study.

“Although B.1.1.7 might have similar symptomatology to that of other lineages, the emergence of new variants is inevitable as long as SARS-CoV-2 transmission continues at scale,” Jewell wrote. “In other regions—especially in low-income and middle-income countries that could face longer waits to control their epidemics through vaccination—methods of real-time monitoring of symptoms and disease characteristics, similar to the COVID Symptom Study, could help to identify potentially important changes in symptomatology, transmissibility, mortality, or vaccine avoidance as early as possible.”