Ayana: This app connects Black people with therapists of color because nearly 90% of them are white 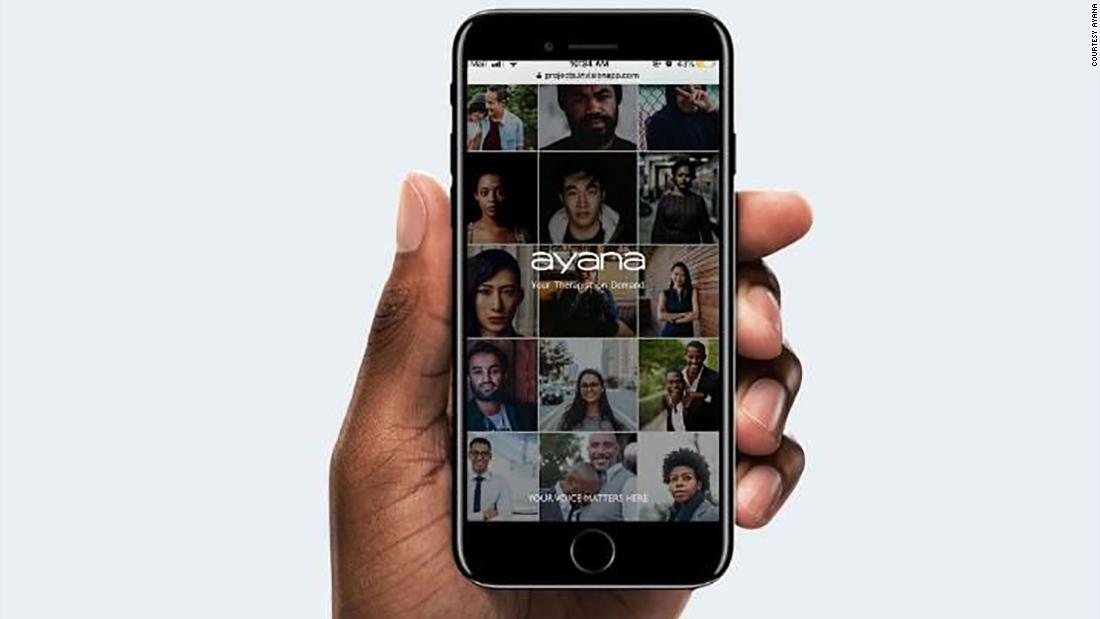 Her inability to find a mental health professional who shares her race and cultural background has made it difficult to heal from post-traumatic stress disorder (PTSD) and severe depression, Freeman, 30, told CNN.

“What that translates to is that many of the cultural issues that I have to deal with aren’t properly addressed because the therapist has no way to relate to my experiences on any level,” she said.

Like others in her community, she’s eagerly awaiting the release of Ayana, an app dedicated to matching people of color with therapists of the same background — including race, ethnicity, gender, religion and sexual orientation.

The app, scheduled to launch in August, was founded by Senegalese-American techie Eric Coly.

He says it grew from his attempt to help a friend find a therapist who could understand her culture. Having battled depression and anxiety himself, Coly was keenly aware of the benefits of speaking with a therapist of similar background.

“No one should have to settle when you look for something that can help you heal,” Coly told CNN. “People of color should be more demanding about who their therapist is. When it comes to healing, you are meant to find your safe space, and safe space to me means being seen, being looked at, being understood.”

Ayana means “mirror” in Bengali, which symbolizes the app’s purpose to match users with someone who can truly see — and understand — who they are, where they come from and how their race or ethnicity impacts their life’s experiences.

Coly said the app will be particularly helpful to African Americans, who regularly face racism, inequality and violence at the hands of police and the public.

“The deaths of unarmed Black men and women in America has a long-term impact on Black communities that make them more in need of therapy,” he said. “Not only that, it also triggers unhealed wounds that were neglected by the healthcare system. Ayana will help by focusing on hiring therapists that are highly culturally competent — with a particular focus on discrimination.”

Nearly 90% of American therapists are White

About 86% of psychologists in the United States are White, according to the American Psychological Association. Only 5% are Asian, 5% are Hispanic and 4% are Black.

For people of color, meeting with a therapist who isn’t familiar with their background can mean wasting multiple sessions explaining their differences and even justifying their feelings before getting to the real work of healing.

Freeman described the circumstances as a “hot mess.”

“Many White therapists have a habit of dismissing the things that I say or making assumptions about my behavior or motivations based on my skin color,” Freeman said. “A lack of diversity in therapy in the Black community also means that those of us that do seek help are less likely to find someone who understands the interconnectedness of what we go through versus who we are.”

Through Ayana, Coly aims to make Freeman’s experience with mental health care a thing of the past.

The four most important aspects of Ayana’s matchmaking process is a person’s race, ethnicity, gender and sexual orientation. There are eight options for race and ethnicity, with subheads for each.

“We get as detailed as possible. We want people to tell us, ‘I don’t want just a Black therapist, I want someone from Ethiopia. I’m not just Latino, but I’m from El Salvador,'” Coly said.

“We also ask, ‘How important is it to have a therapist that looks like you?’ and people can answer, ‘Oh, I want someone who’s Black, and I don’t care where they’re from, but I want them to be queer,'” he said. “There’s a variety of needs and we want to make sure we give our patients the therapist they need.”

Patients can also pick what religion they want their therapist to be, which can help resolve issues that stem from religious values and identity.

By offering the service in app format, Freeman says it could even help overcome some of the stigma associated with mental health in the Black community, as well as many others.

“The main thing is this mindset that the Black community has about mental illness. It’s this idea that mental illness isn’t something Black people go through or that it’s not a luxury that we can afford like White people,” Freeman said.

With the app on a person’s phone or tablet, it can be used privately and free of judgment.

Coly has also partnered with three foundations to make the app free for individuals who can’t afford the monthly fee.