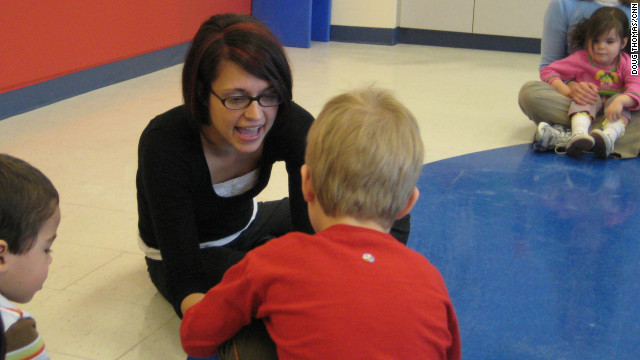 ASD can be found among all races, ethnicities and socioeconomic groups.

There is no definitive medical test to diagnose autism. Instead, the disorder is diagnosed by observing a child’s development.

According to the CDC, signs of autism may include deficits in social communication and interaction in a variety of contexts, difficulty engaging in back-and-forth conversation and an absence of interest in forming friendships with peers.

The debate over whether autism spectrum disorders are caused by vaccines started in 1998 when the medical journal The Lancet published a now-retracted study by researcher Andrew Wakefield linking the MMR vaccine to autism.

Most of Wakefield’s co-authors withdrew their names from the study when they learned he had been compensated by a law firm intending to sue manufacturers of the vaccine in question. In 2010, Wakefield lost his medical license. In 2011, the Lancet retracted the study after an investigation found Wakefield altered or misrepresented information on the 12 children who were the basis for the conclusion of the study.

Other researchers have not been able to replicate Wakefield’s findings. Several subsequent studies trying to reproduce the results have found no link between vaccines and autism, including several reviews by the Institute of Medicine.

Early 1900s – Autistic characteristics are studied as symptoms of schizophrenia.

1943 – Triplett is identified as “Donald T.” in the paper “Autistic Disturbances of Affective Contact” by Kanner. The paper elaborates on the idea that autism is related to lack of parental warmth; this is later dubbed the “refrigerator mother” theory.

1944 – Hans Asperger, an Austrian physician, publishes a paper about autistic syndrome. The paper gains wider recognition when it is translated into English in the early 1990s.

1964 – Bernard Rimland, a research psychologist, publishes “Infantile Autism: The Syndrome and Its Implications for a Neural Theory of Behavior,” which contradicts the “refrigerator mother” hypothesis. Kanner is the author of the foreword.

1980 – Autism is classified separately from schizophrenia in the third edition of the Diagnostic and Statistical Manual of Mental Disorders (DSM-III).

December 17, 2015 – Scientists at Harvard and MIT announce they have found, for the first time, a link between autistic behavior and reduced activity of a key neurotransmitter, a type of brain chemical that enables the transmission of signals across neurons, allowing the brain to communicate with other organs.

April 21, 2016 – The Simons Foundation announces that it is launching an autism research project called SPARK. The study, which involves scientists at 21 hospitals and university clinics, will focus on the possible connection between genetics and autism. Parents of children with autism are invited to sign up online and participate in the study. The group also works with Autism Speaks and the Autism Science Foundation to run the Autism BrainNet network, which is an autism brain bank that collects postmortem donations.
February 2017 – Researchers find that monitoring MRI brain scans of infants may help predict whether they will develop autism, according to a study published in the journal, Nature. The researchers found a possible link between brain enlargement during the first year of life and an autism diagnosis at age 2. This builds on previous similar research.

April 11, 2017 – A study published in the American Journal of Public Health finds that people with autism are three times more likely than the general population to die because of preventable injuries, and children and young teens with autism are 40 times more likely to die from preventable injury than the general child population. Suffocation, asphyxiation and drowning are the leading causes of fatal injuries among people with autism.
March 26, 2018 – According to a study published in JAMA Pediatrics, children with autism spectrum disorder and their younger siblings are less likely to be fully vaccinated than children unaffected by autism.
March 4, 2019 – A study of over 650,000 children published in the journal Annals of Internal Medicine shows that the measles, mumps, and rubella vaccine does not increase the risk of autism and does not trigger autism in children who are at risk.
April 29, 2019 – A study published in JAMA Pediatrics suggests that children can be screened for autism spectrum disorder at 14 months of age with high accuracy (instead of 18 to 24 months of age, as is currently recommended).

January 23, 2020 – A study in the journal Cell, identifies 102 genes that are associated with an autism risk. Previously, researchers were only aware of 65.

May 10, 2020 – In a report published in the Journal of Autism and Developmental Disorders, the CDC estimates that 2.2% of Americans adults have autism spectrum disorder. The report, which is the first US study of autism in adults, indicates that up to 5.4 million people age 18 and older, or about 1 in 45 people, have an autism spectrum condition.