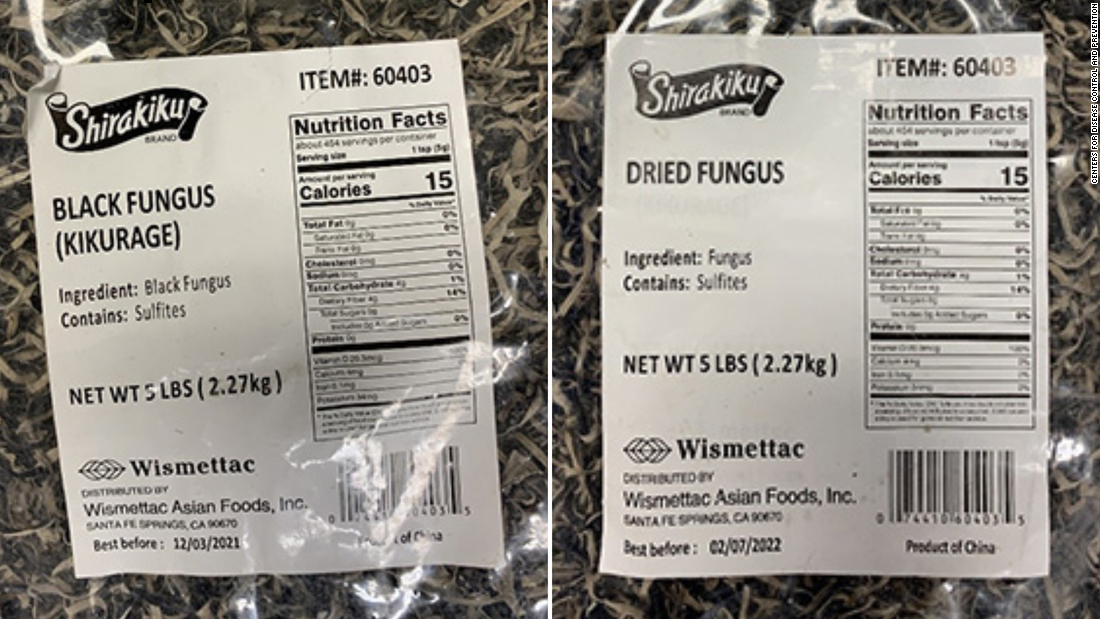 The cases started between January 21 to August 26, the agency reported Thursday. Of the 41 infected, four hospitalizations were reported. The infected people range in age from two to 74 years old.

The mushrooms, distributed by Wismettac Asian Foods, Inc. in Sante Fe Springs, California, were sold only to restaurants and not directly to consumers.

The company voluntarily recalled the mushrooms for potential salmonella on Wednesday after the California Department of Public Health discovered the presence of Salmonella in the product, according to an announcement by the Food and Drug Administration.

“Customers can ask restaurants where mushrooms are from before ordering to avoid eating recalled mushrooms,” the CDC said on its website.

Four illness clusters were discovered at restaurants serving ramen in three different states. Eight out of nine people linked to those clusters reported eating wood ear mushrooms in the ramen, the agency reported.

Most people infected with Salmonella develop diarrhea, fever, and stomach cramps six hours to six days after being exposed to the bacteria, the CDC said. It usually lasts four to seven days and most people recover without treatment.

However, Salmonella can cause serious and sometimes fatal infections in young children, frail or elderly people, and others with weakened immune symptoms.

In general, dried mushrooms should always be reconstituted using boiling water to kill any pathogens, the CDC said. This advice does not apply to recalled mushrooms, which should be thrown away.