At 90, she said her final goodbyes as doctors prepared her to die from coronavirus. Then she survived 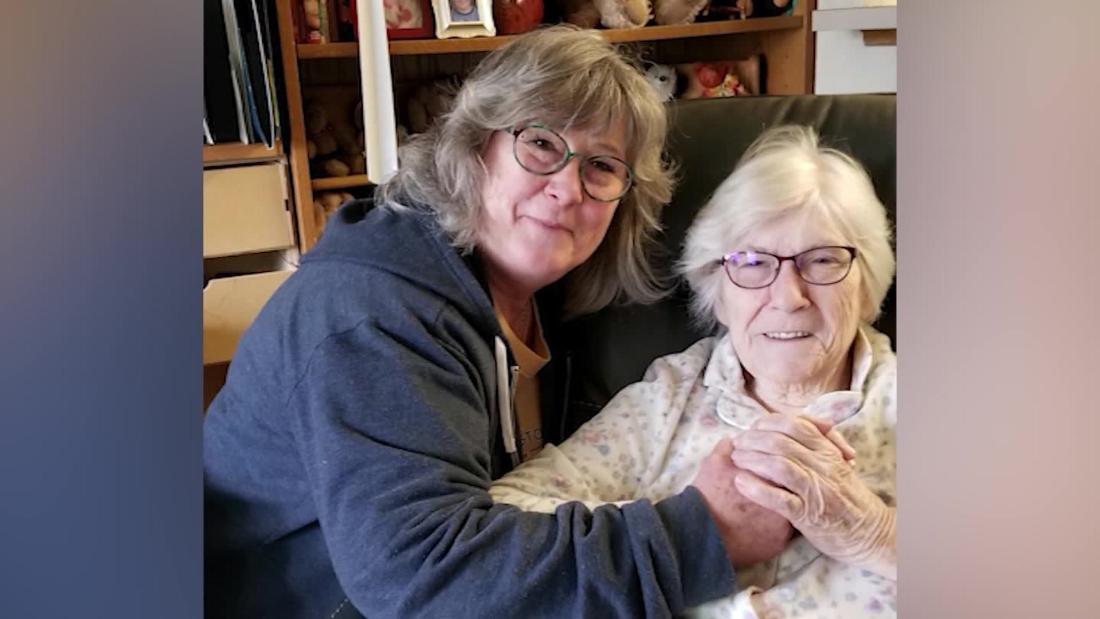 She was well aware her 90-year-old lungs were filling with fluid. She was drowning from the inside out. The coronavirus had taken hold and she had one last request.

“I said to the doctor, this is the end. I’m not gonna make it and I want to see my family,” Wood told CNN. “And that was my only wish and desire was to be able to talk to my children again.”

Her doctor agreed. She was dying. Her children were called to see their mom alive one last time. With so little oxygen in her lungs Wood was losing the ability to talk.

Her daughter, Cami Neidigh, drove from home to the hospital.

“They didn’t think that she was going to make it, and that we should go ahead and come on down while she can still talk to us,” her daughter said.

The news was doubly devastating for the family. Wood had been recovering from a stroke.

“It was kind of cruel, you know,” Neidigh said. “She had just learned to live again.”

Wood’s family had chosen to send her for rehab to the nearby Life Care Center of Kirkland, Washington, after her stroke. When Wood arrived months earlier, she couldn’t talk. She couldn’t walk. She couldn’t speak well enough to be understood.

The staff cared for her until she could do all those things.

“All I could do was jabber and they taught me to live again,” Wood said. “I went there for therapy, which they provided. What the staff did for me was great.”

But as she regained her strength, the coronavirus spread through the Life Care Center of Kirkland. It became the first place in America to have a major deadly outbreak of the novel coronavirus. Only nobody realized it at the time. The virus was spreading like a deadly plague inside the facility long before people switched to elbow bumps instead of handshakes, and before self-distancing and stay-at-home orders became the norm.

Geneva Wood suddenly found herself infected like 80 other patients there.

She was rushed to the hospital where the virus began taking her breath away.

“I coughed a lot.” Wood said “I had trouble breathing, I was just tired. I just wanted to sleep and rest and just leave me alone.”

She had never felt the kind of exhaustion that came with Covid-19. The spitfire of a great-grandmother says she survived the flu dozens of times while raising her children and survived the Great Depression and World War II, but she never wanted to give up until she got the coronavirus.

But her body fought it. And she survived, with her humor intact.

“I’m not dead yet,” Wood quipped to the nurse who she asked to bring her water.

Wood was one of the lucky ones. Fifty-five people associated with the Life Care nursing home died, many younger than her.

Now Wood is home and able to speak with her family, who she once feared she might never see or talk to again.

She snuggled up next to her daughter in her big comfortable chair and marveled at how happy she was just to be home.

“I love it here. One of the things I fought for was to be able to be with my kids. To give them a hug or a kick or whatever they needed,” Wood said.

Her daughter cracked up. Her feisty, strong-willed mother was back.

Her daughter is relieved to hear her mom joke again.

“It’s been a brutal roller coaster ride,” she says.

And Neidigh wants anyone who is writing off the elderly as those who can be sacrificed to coronavirus for the sake of others or for the economy to remember people like her mother. She says nobody should get to choose who gets to live or die and that the world could used the wisdom of the elderly. They still have something to give.

“You can’t put a price on life like that,” Neidigh said.