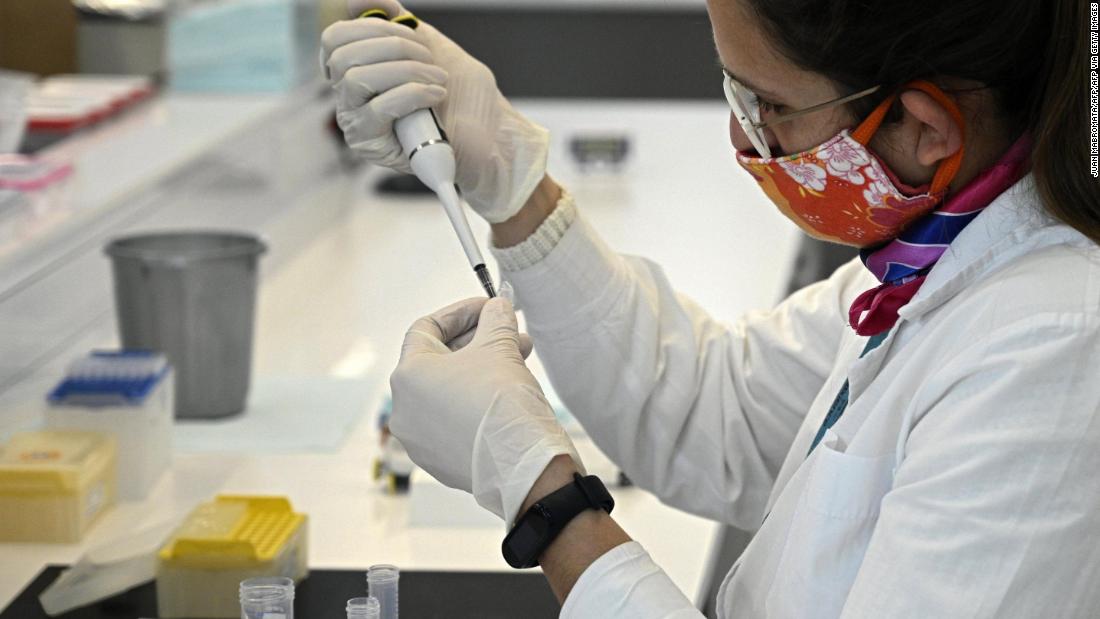 HHS said it has also seen a recent increase in the number of doctors using the treatments, also known as mAbs. Earlier in the year, the federal government had sent thousands of doses to states, but many sat on the shelf due to the complicated logistics of how doctors administer the treatments.

HHS said as of August 6, the latest date they have figures for, nearly half of the distributed supply has been used. The treatments have been used at new sites and at locations that were until recently inactive.

“At this time, there is plenty of product available for existing and new sites,” a spokesperson for HHS told CNN. “They are able to order product as needed and we are encouraging sites to order as much as they think they’ll need, based on two-week utilization.”

Dr. Marcella Nunez-Smith, a senior adviser to the White House Covid-19 response team said during a press briefing Thursday that more than 600,000 people in the US have received the treatments since the start of the pandemic.

“Monoclonal antibodies work. They are safe. They are free. They keep people out of the hospital and help keep them alive,” she said.

Nunez-Smith used the example of two Arizona antibody treatment sites that a federal team set up recently as proof.

“Of the Covid positive patients that the Arizona team has treated so far, not one has required hospitalization after that treatment,” Nunez-Smith remarked.

Florida Governor Ron DeSantis said Thursday that a rapid response unit will be administering antibody treatments in the city of Jacksonville and other parts of the state will be using the Jacksonville program as a model. Strike teams will also bring the treatments to long-term care facilities.

Nunez-Smith confirmed that the federal government surged shipments to Florida. Florida shipments increased over eight-fold over the past month.

“This is the most effective treatment that we’ve yet encountered for people who are infected with Covid-19,” DeSantis said. “This, applied early and properly, has the ability to reduce your likelihood of being hospitalized.”

Studies show monoclonals are highly effective at preventing high-risk patients from developing severe Covid-19 symptoms, but getting an antibody treatment is not as simple as swallowing a pill. These lab-made antibodies need to be infused, so medical facilities have to have the dedicated staff and space to be able to administer them to patients.

The Covid-19 treatments that have an emergency use authorization are made by Regeneron, GlaxoSmithKline, and Eli Lilly. The treatments are available to patients 12 years of age and older.

HHS said that as part of its Covid-19 surge response, it has been reaching out to states to help expand access. It’s also providing technical assistance and is working directly with health systems to expand their antibody treatment programs.

Regeneron confirmed to CNN that it has seen a “major uptick” in orders for its dual antibody treatment in recent weeks.

“Previously we estimated fewer than 5% of eligible patients were receiving mAbs, and now we feel it is closer to 30%,” a spokesperson for Regeneron said in an email to CNN Thursday. “Prior to the week of July 19, we were averaging under 25K doses delivered per week and the past two weeks have been over 50K and 100K, respectively.”

In April, the US Food and Drug Administration revoked its emergency use authorization and put a pause on the distribution of Eli Lilly’s antibody treatment bamlanivimab since it wasn’t as effective against variants in circulation in the US. In June, HHS announced a pause in the distribution of Lilly’s other treatment etesevimab, as well as its combination of the two monoclonals, as neither worked as well against the Gamma and Beta variants.

Lilly told CNN Thursday that it did not have anything to add on the topic.