Anti-vaxxers: Coronavirus is changing some minds about vaccinations 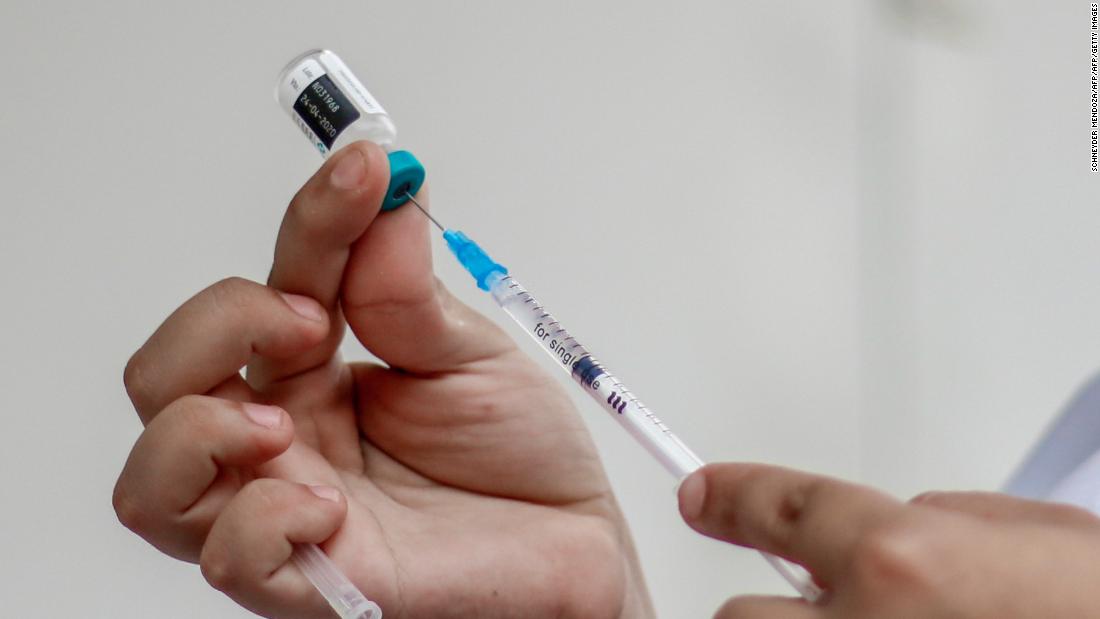 But the virus has also done something more startling. It has made some anti-vaxxers change their minds.

Haley Searcy, 26, from Florida, told CNN she was “fully anti-vax” when her daughter was born in 2019.

“I had seen so many accounts of kids dying from SIDS [Sudden Infant Death Syndrome] and having other dangerous reactions due to vaccines,” she said, repeating the scientifically unsupported but common fear amongst vaccine skeptics that even those treatments that have undergone rigorous testing might still be dangerous.

“I was just as scared of vaccines as I was of the diseases they protect against.”

Searcy said that after being advised by her daughter’s pediatrician, she “begrudgingly allowed her to be vaccinated,” but still suspected that vaccines were unnecessary and dangerous. The coronavirus outbreak has changed her view. “Since Covid-19, I’ve seen firsthand what these diseases can do when they’re not being fought with vaccines,” said Searcy.

“My mother has a lung disease, so if she gets Covid-19 there is no fighting it. I learned as much as I could to speak out against misinformation in the hopes that I could convince more people to stay home and follow social distancing so that she won’t get sick.”

“So many lives are at stake, including people I care about who are very vulnerable.”

In the process of researching how the world had dealt with pandemics in the past, Searcy learned about how recent pandemics like swine flu were fought with vaccines. “And I’ve learned just how rigorous vaccine trials are before they’re made available to the public,” she said.

She also looked up information about countries that had minimized the spread of the coronavirus.

“I wasn’t actively looking for vaccine information but the more I learned, the more I realized it would help and the easier it became to recognize the lack of science in anti-vax arguments,” she said.

In a number of countries, including the UK and France, concerns expressed by some people in recent years about vaccines in general have softened, according to polling carried out for the Vaccine Confidence Project, a research group at the London School of Hygiene and Tropical Medicine.

VCP Director Heidi Larson said the figures showed that, as the number of deaths from the coronavirus increased, and public awareness of its seriousness grew, people were more willing to accept a vaccine. “I think it definitely is provoking people to rethink a lot of things,” she said, but she cautioned that more data was needed to track reaction over time.

She said some were “going to the opposite side” and were mistrustful of a potential Covid-19 vaccine.

“This is an important time to reflect on the value of vaccines,” said Larson. “If we had had a vaccine for this, we wouldn’t be locked up in a room, the economies wouldn’t be crumbling, we would have been a whole different world. The question I would ask is, do we have to wait for something to be this bad?”

Most children today receive life-saving vaccines, but health services have noticed a worrying pattern of declining uptake in recent years.
In the UK, just 33 of 149 local authorities met their 95% vaccination target for diseases preventable by immunization in 2018-2019, according to National Health Service figures.
Last year the United States experienced its greatest number of measles cases since 1992, mostly among people who were not vaccinated. In 2019 the UK lost its measles-free status, a designation conferred by the World Health Organization.
And as Covid-19 surges, a UNICEF report warned that more than 117 million children are at risk of missing out on life-saving measles vaccinations. UNICEF urged countries to continue essential immunization, but said postponement could happen where the risk is “unacceptably high.”

The term anti-vax “has not been helpful,” according to Larson. She said while there are some committed activists, “there are a lot of other people out there who are on the fence, hesitant or questioning.”

Isaac Lindenberger, from Ohio, knows all about this. His mother is strongly against vaccination, and his younger brother Ethan hit the headlines last year when he decided to get vaccinated against her wishes at the age of 19. Lindenberger, 23, said he hadn’t thought much about vaccinations until then, but he did his research and was vaccinated six months ago as a condition of his entry to Ohio State University.

He remains on good terms with his mother. He hosts a podcast called The Lucid Truth, and his goal is to address misinformation in the community with empathy. “I definitely see the positive effect in anti-vaxxers that previously would not have considered vaccination,” he told CNN. “It’s way harder to be in a state of denial when it comes to the objective truth of the dangers of these infectious diseases when you’re experiencing a pandemic.”

He said that those who claim measles are harmless because we have few fatalities in the western world because of vaccinations were finding it much harder to do the same with coronavirus.

“Anti-vaxxers are still here. But they’re not showing themselves because during a pandemic of an infectious disease, it’s probably the wrong time to try to call out preventative measures,” Lindenberger said. “They’re kind of in their echo chambers.”

Those that object to vaccines publicly now risk fierce criticism. On Sunday, tennis player Novak Djokovic raised eyebrows after he voiced his views on a coronavirus vaccine while discussing the impact of the pandemic.

“Personally I am opposed to vaccination and I wouldn’t want to be forced by someone to take a vaccine in order to be able to travel,” Djokovic said in a Facebook live chat. “But if it becomes compulsory, what will happen? I will have to make a decision. I have my own thoughts about the matter and whether those thoughts will change at some point, I don’t know.”

Some people in anti-vax groups fear that governments will use lockdowns as an opportunity to push through legislation such as enforcing mandatory vaccines.

This is a serious concern for Lynette Marie Barron, who runs a group called Tough Love, and has twice successfully campaigned against bills to remove religious exemptions for vaccines in her state of Alabama.

Barron has children with health problems. One of her daughters was diagnosed with an autoimmune disease which, Barron says, came after she was given her childhood vaccinations. Another daughter was born with severe autism, which Barron attributes to a tetanus vaccine she received after cutting a finger during pregnancy.

The US Centers for Disease Control and Prevention has said that studies continue to show no link between vaccines and autism spectrum disorder.

Even in the face of of apparently incontrovertible evidence of frontline health workers around the world, Barron believes authorities are “fearmongering” about the severity of the coronavirus in order to take away people’s rights.

“I think there’s a much bigger agenda here,” she said. “We were getting out, we were being loud. And now you can’t go anywhere and you can’t do anything.”

Barron said that the response in her community had been “like a 50/50, which I wasn’t expecting,” with some saying they were “so scared” of the virus that they would get a vaccine if it were available, while others were “like me and say, I don’t care, I wouldn’t if you paid me a million dollars.”

Barron said the coronavirus was even persuading some people of the merits of vaccine skepticism. “People are tired of this and they’re not going to sit at home much longer,” she said. “We’re all losing our livelihoods.”

People were “pretty freaked out” about the speed of vaccine development, she said. Some pharmaceutical companies are already testing on humans, and some are forecasting that a vaccine could be ready within a year. “Them rushing this like they are… they have no idea what the effects of this are going to be,” she said.

Paul Offit, a US pediatrician specializing in infectious diseases, regularly engages with Barron’s community in an effort to explain the science on vaccination.

He told CNN that he understands the concerns about a rushed vaccine and that “you could reasonably worry when things are made very quickly and under stress.” But he added: “We always care about vaccine safety. Everybody cares about vaccine safety, including pharmaceutical companies and the government and the medical community.”

Offit said anti-vaxxers were “conspiracy theorists” who “don’t trust anyone” but if the virus remains a serious threat then “there’s only one way to provide herd immunity to this virus and that’s by vaccination.”

He said anti-vaxxers often told him they just wanted a choice in whether their family was vaccinated or not, but since vaccines are not 100% effective and some cannot be vaccinated because of other health issues, those who can be vaccinated had a responsibility to protect the community.

“Is it your inalienable right, as a US citizen or as a citizen of any country, to either to allow yourself or your child to be infected with a disease that’s potentially fatal, and it’s transmissive?”

“I think the answer to that question is no.”