Another wave of coronavirus will likely hit the US in the fall. Here’s why and what we can do to stop it 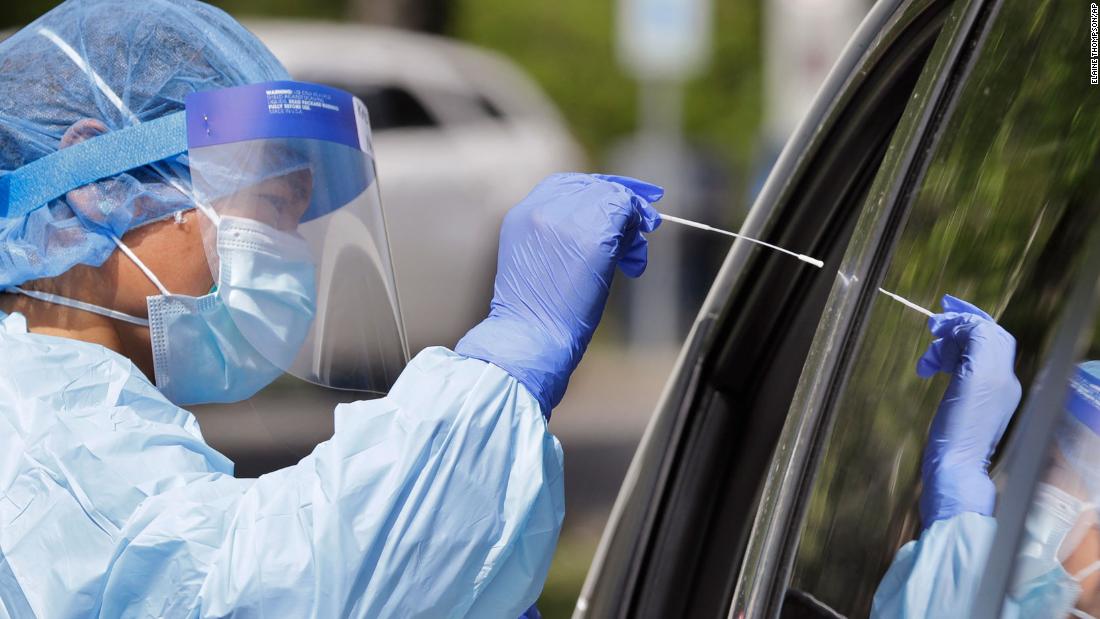 “I’m almost certain it will come back, because the virus is so transmissible and it’s globally spread,” said Dr. Anthony Fauci during an Economic Club of Washington webinar earlier this week.

Americans could be in for “a bad fall and a bad winter” if the country is unprepared, said Fauci, who is the director of the National Institute of Allergy and Infectious Diseases.

Here’s what we know about the possibility of a second wave of the virus and the reasoning behind it.

Why in the fall?

There are many aspects of the virus that remain unknown for scientists but older viruses are offering some clues.

People usually get infected by four common coronaviruses that were first identified in the mid-1960s, according to the US Centers for Disease Control and Prevention. And those tend to peak in the winter months.

Dr. Greg Poland, a professor of medicine and infectious diseases at the Mayo Clinic, said that SARS-CoV-2, the technical name for the novel coronavirus that causes Covid-19, is likely to follow that pattern.

If that happens, a second wave of the virus would return just in time for the start of flu season. The flu has been a constant threat for Americans and devastating in recent years. The CDC estimates there were at least 39 million cases of the flu in the US and at least 24,000 deaths during the 2019-2020 season.
Poland, the director of the Mayo Clinic’s Vaccine Research Group, says the combination of a second wave of Covid-19 with flu season could create “a lot of confusion” because of their overlap in symptoms and put a heavy strain on the health care system.
It wouldn’t be the first pandemic to come back in force. In 2009, the US experienced a wave of cases of the H1N1 influenza virus, known as swine flu, in the spring. Months later, a second wave was reported in the fall and winter, the CDC says.

“Often, not always … often the second wave of a pandemic is worse,” Poland said, adding that the coronavirus pandemic spread in the US well into the flu season.

Another example is the 1918 influenza pandemic, which killed 50 million people globally and about 675,000 Americans. At the time, there was an initial mild spring wave in the US but a lethal second wave hit the country in September.

It appear that the novel coronavirus is likely to keep spreading for at least another 18 months. There are several possible scenarios for the course of the pandemic but the worst of them is a second wave of infections just like the 1918 influenza pandemic, according to a report by the Center for Infectious Disease Research and Policy at the University of Minnesota.

“This thing’s not going to stop until it infects 60 to 70 percent of people,” said Mike Osterholm, the CIDRAP director, in an interview with CNN.

“The idea that this is going to be done soon defies microbiology.”

Osterholm coauthored a CIDRAP report released Thursday that recommended the US prepare for a worst-case scenario that includes a second big wave of coronavirus infections in the fall and winter.

What can be done about a second wave of infection?

Health experts say the coming months would be a good time to prepare for a potential second outbreak of the virus.

Hospitals and clinics should replenish their stocks of personal protective equipment and testing supplies. People should try to get healthier if possible, continue using face masks for the time being and keep gatherings to no more than 10 people, several experts told CNN.

As cities reopen, local officials should make plans to quickly reissue stay-at-home orders or other strict social distancing measures in the future if needed, Poland said

The Trump administration has estimated a vaccine is 12 to 18 months away, though some leaders in the field say that timeline could be too fast.

Improving the way health workers handle the coronavirus pandemic will be key, Boucher says, so the country is “as prepared as we can be” when it’s time to face an outbreak of both the coronavirus and the flu.

While most experts believe that people who have recovered from the virus will have some sort of immunity, Poland says it’s unclear how strong that immunity might be, how long it might last and the accuracy of antibody tests is inconsistent.

“We are placing a lot of hope on that but we don’t have answers yet,” Poland said. “This (virus) is only 16 weeks old so there’s a lot we don’t know yet.”

The experimental anti-viral drug remdesivir was approved on Friday by the US Food and Drug Administration to treat hospitalized Covid-19 patients in severe condition.
The drug, which is the first authorized treatment for Covid-19, is far from a cure, according to a government-funded study, but patients who took it recovered faster than patients who did not.

“We have work to do. We are looking for other therapies. This trial is going to continue,” Dr. Andre Kalil, the principal investigation behind the clinical trial, told CNN’s Elizabeth Cohen earlier this week.

Has the virus made a comeback elsewhere?

In recent weeks, Singapore has seen a dramatic spike in coronavirus infections, with thousands of new cases linked to clusters in foreign worker dormitories.

Singapore had initially been praised for its response and apparent ability to suppress infections in the first three months of the coronavirus pandemic. Then the number of cases exploded in April.

Since March 17, Singapore’s total cases grew from 266 to more than 17,000, according to data from Johns Hopkins University.

To control the spread, the government has attempted to isolate the dormitories, test workers and move symptomatic patients into quarantine facilities. It’s a daunting task because workers live in cramped conditions that make social distancing near impossible. The government also instituted what it is calling a “circuit breaker,” a package of restrictions and new rules, combined with harsh punishments.

The semi-autonomous Chinese city of Hong Kong had a relatively small number of cases when it saw a spike after it relaxed restrictions in March. Many cases were imported from overseas as Hong Kong residents who had left — either to work or study abroad, or to seek safety when the city seemed destined for a major outbreak earlier this year — returned, bringing the virus back with them.