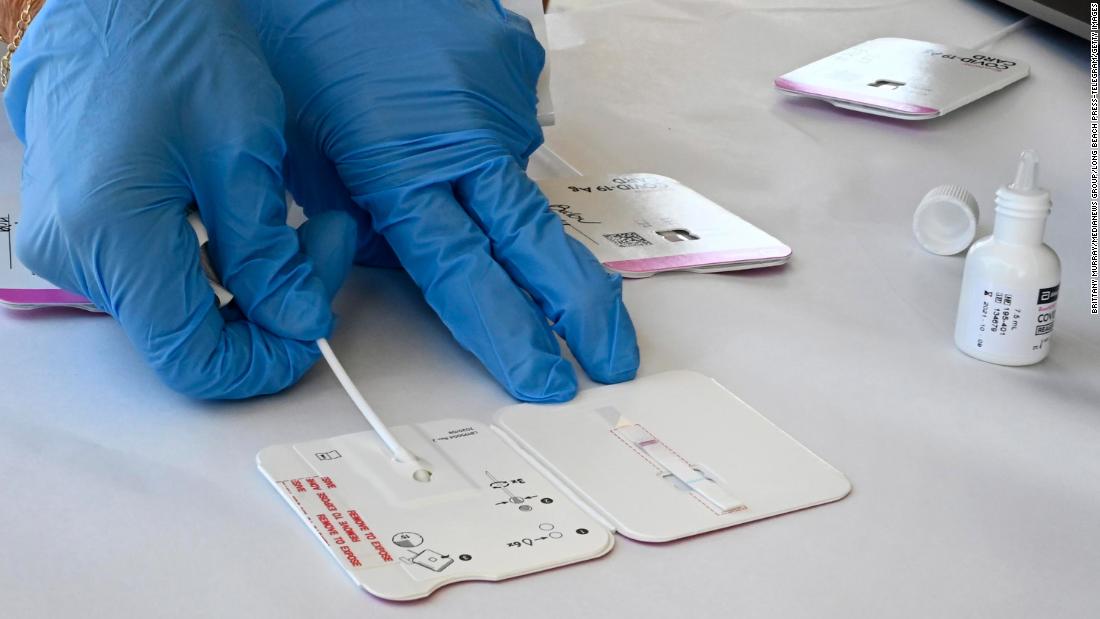 As of Saturday, these teens appear to have the highest rate of infections among not only children, but all age groups, based on the CDC’s count of weekly Covid-19 cases per 100,000 people.

There are several factors that help explain why teens have higher Covid-19 case rates: the Delta variant is highly transmissible and they are more likely to interact with others, especially throughout the summer, Dr. Georges Benjamin, executive director of the American Public Health Association, told CNN on Wednesday. Among eligible groups, teens are also the least likely to be vaccinated.

Earlier on in the pandemic, the original strain of the coronavirus infected older adults and essential workers at high rates, Benjamin said, but now, most of the people in those groups are fully vaccinated.

“As this goes on, who gets exposed changes. Everybody else is vaccinated, they don’t get infected, so now we’re seeing, at least statistically, the people who are getting infected changing,” Benjamin said.

“Add to the fact that we have this new virus, and this new virus is going to do a couple of things. One, it’s clearly much more infectious than the other viruses, and it’s going to hit the ones who are most vulnerable,” Benjamin said, referring to the Delta variant of the coronavirus. “Who are the most vulnerable? It’s the people that aren’t vaccinated and the people who are out and about.”

‘The sad reality is that we have a solution’

There could be some biological mechanisms behind why older teens appear to have Covid-19 case rates higher than other children — but that’s not really clear, said Dr. Sean O’Leary, professor of pediatrics and infectious diseases at University of Colorado’s School of Medicine.

“My suspicion is it probably has more to do with behavior than biology, in terms of, what are those kids doing? They’re able to drive on their own, they’re hanging out after school, getting together with other kids their age, likely often without the mitigation measures that would be in place in school,” O’Leary said.

And children overall are now even more vulnerable as they head back to school this month.

“The sad reality is that we have a solution that adequately protects adolescents over sixteen years old. We have the Pfizer vaccine approved for that age group. So, we really shouldn’t be seeing high case rates in that age group if we’re successful with vaccinating late teens who are eligible,” Lori Tremmel Freeman, chief executive officer of the National Association of County and City Health Officials, said.

“I am more worried about what we’ll see in the next three weeks if trending follows to younger ages under 16. Without a vaccine solution yet for younger children, we’re going to see more of what we’re starting to hear now — schools having to make decisions about pausing in-person learning for a week or so,” Freeman said. “There might be those kinds of temporary measures that allow schools to get back on their feet if in-person learning begins to impact transmission in the younger ages with school reopenings.”

In the past month, adults ages 18 to 29 consistently have had the highest weekly Covid-19 case rates of all. But as of Saturday, older children ages 16 and 17 took that position with 160.3 weekly Covid-19 cases per 100,000 people, according to CDC data. Of course, as more cases are reported to the CDC, the case rates are likely to rise and the data may change.

The CDC notes that there may be up to a two-week delay in case reporting.

As more young people become fully vaccinated against Covid-19, that should drive down case rates among teenagers — and the hope is to keep more teens out of the hospital and intensive care units.

About 8 million or 32% of all adolescents ages 12 to 17 are fully vaccinated against Covid-19 so far and “nationally, roughly half of 16- to 17-year-olds have gotten a first dose, and so that’s a lot of unvaccinated in that age group,” O’Leary said.

As more teens receive the vaccine, it will still take a while to see the effects.

“What we saw from the clinical trials going way back, and I don’t think we have anything to suggest that things are different now, is you start to see an effect roughly after two weeks after the first dose and then, the biggest effect starting roughly one to two weeks after the second dose,” O’Leary said, adding that one dose of vaccine appears to be less effective against the Delta variant.

“But also remember that vaccination is rolling — it’s not like all of a sudden everyone is going to get it today and so five weeks from now we’ll see a big impact,” he said. “It’s that there will be more people getting it today and tomorrow and the next day, and so it’s really a rolling impact. But the sooner the better!”