Air quality in US dramatically worse, says new ‘State of the Air’ report 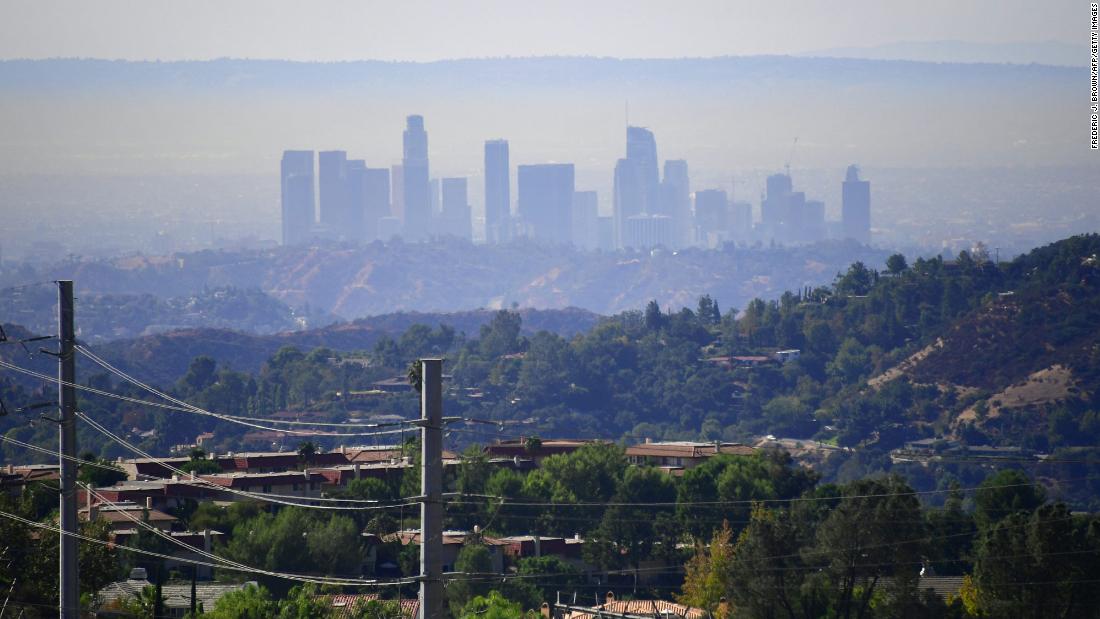 “Knowing we’ve let our air get worse is maddening to me because air quality directly affects my day to day health,” Seib said. “It’s not like a political stance, it’s not an ideology thing.”

“When asthma symptoms start, you don’t know when your next full breath of air is going to come. It almost feels like you’re drowning,” Seib continued.

“I don’t think until you’ve walked in the shoes of someone with respiratory issues (that) you really understand how scary that can be.”

This year marks the 50th anniversary of the Clean Air Act, which charged the US Environmental Protection Agency with regulating all sources of air emissions. The goal was to reduce air pollution and acid rain, increase air quality and visibility, slow climate change and protect the ozone layer.

According to the EPA, the act is responsible for a 50% decline in emissions of key air pollutants since 1990, the year when a new series of amendments were passed.

Under the Trump administration, however, a number of those protections have been rolled back or have gone unregulated. It’s that lack of enforcement — along with worsening climate change — which has lead to the recent reversal of air quality gains, the report said.

“If there’s no environmental cop on the beat, we know that polluters will skirt the rules of the law, will cheat and will increase emissions,” Billings said. “And pollution will increase. It has increased.”

“Around the world, toxic air kills 5 million people every year and, as this report makes clear, the US has a long way to go to better protect communities.” said Sarah Vogel, vice president for health at the Environmental Defense Fund.

“Unfortunately, the Trump administration is still trying to weaken existing safeguards and allow even more dangerous pollution in our air,” Vogel said.

CNN reached out to the EPA for comment but did not receive a response.

Increases in types of pollution

Those warmer temperatures contributed to the rise of ozone levels in many places in the US, the report found, affecting more than 137 million people. Breathing in ozone, or smog, can cause asthma attacks, shortness of breath, and trigger coughing, the report said.

Particulate matter is a mixture of solid and liquid matter found in the air. Dust, dirt and smoke particles are larger but there are also extremely small, inhalable particulates that can’t be seen with the naked eye. Those are called PM 2.5 because their size is generally 2.5 micrometers or less.

That’s really tiny. As a comparison, an average human hair is 30 times larger than a PM 2.5 particle. Because they are so small, these particulates can get deep into our airways and wreak havoc with our lungs and bodily functions.

In contrast, the cities with the cleanest air, defined as no high ozone or high particle pollution days over the three-year period of the sudy, were Bangor, Maine; Honolulu, Hawaii; Wilmington, North Carolina; and Burlington, Vermont.

“The report finds the air quality in some communities has improved, but the ‘State of the Air’ finds that far too many people are still breathing unhealthy air,” said American Lung Association President and CEO Harold Wimmer in a statement.

Even short-term exposure to particulate pollution can trigger cardiovascular issues, strokes and asthma attacks as well as contribute to the development of dementia, studies show.
Air pollution is also increasing the risk of dying from Covid-19, the disease caused by the novel coronavirus. A recent Harvard study found US counties with the highest levels of air pollution had significantly higher death rates from COVID-19 than counties with much lower levels.

Seib lives in the Harlem district of New York City, which has been extremely hard hit by Covid-19. He caught a milder form of the virus a few weeks ago, and even that was frightening for him.

“All my life, my asthma symptoms have gotten worse at night,” he said. “So the Covid symptoms just kept intensifying and it was scary to go to bed at night not knowing if I was going to wake up in the middle of an asthma attack or be more compromised than I was when I went to sleep.”

Knowing what it is like to struggle for breath, Seib finds it hard to understand why any regulations to protect US air quality would be cut or relaxed.

“So my message would be, please just try to see it through someone’s eyes, like myself or God forbid, someone who has even even worse symptoms or health concerns,” Seib said. “Because we don’t have a ton of options out there, and it’s a very scary and very real thing to wake up to everyday.”