Adjusted coronavirus model predicts fewer people in US will need hospitals, but 82,000 will still die by August 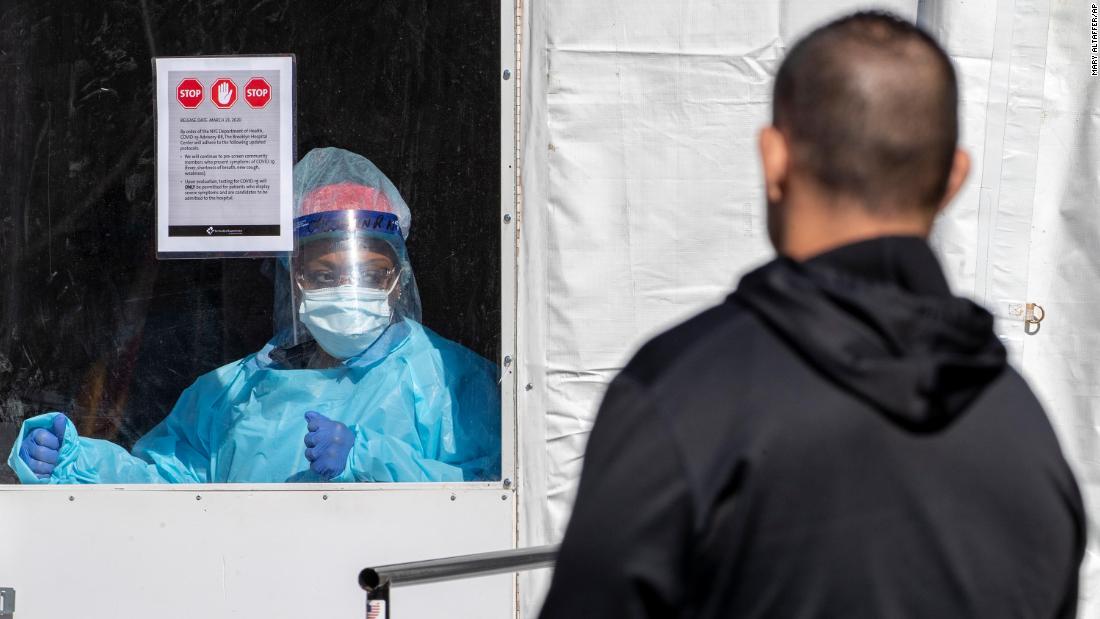 As of Monday, the model predicted the virus will kill 81,766 people in the United States over the next four months, with just under 141,000 hospital beds being needed. That’s about 12,000 fewer deaths — and 121,000 fewer hospital beds — than the model estimated on Thursday.

A “massive infusion of new data” led to the adjustments, according to the model’s maker, Dr. Christopher Murray, who serves as director of the Institute for Health Metrics and Evaluation at the University of Washington School of Medicine.

Additional data on the pandemic’s trajectory — in the United States and around the world — has always been expected, along with methodological changes to fine-tune the predictions. And from the start, researchers at IHME, who built the model, have emphasized that it would change.

But the newest version of the model underscores just how important social distancing continues to be: It assumes that those measures — such as closing schools and businesses — will continue until August, and it still predicts tens of thousands of deaths.

While the analysis has been repeatedly cited by Dr. Deborah Birx, the White House’s coronavirus response coordinator, the administration’s current guidelines only recommend social distancing through April 30.

When the model was first released, the only place that had reached its coronavirus “peak” was Wuhan, China, according to the IHME researchers. But as of Monday, seven locations in Spain and Italy appear to have reached their apexes as well, providing a flood of new data for the model to analyze.

Those regions seem to have reached their peaks more quickly in the wake of social distancing measures, according to the researchers. That means that some states — such as Florida, Virginia, Louisiana and West Virginia — are now expected to hit their peaks earlier than previously expected, potentially giving them less time to prepare.

Beyond infusing the model with new data, researchers tweaked its methodology to better predict the spread of the virus in states that have seen few cases. And they also fine-tuned their analysis of social distancing measures after noticing that certain measures — such as school closures — appeared more impactful in some places than others.

Every state, and even regions within each state, have looked at the White House’s guidance on non-essential travel differently, Murray said at a press conference on Monday.

Based on cell phone mobility data, for example, researchers found that “there’s variability across state[s] in how mandates are being interpreted.” Moving forward, researchers plan to explore whether incorporating that data will further improve predictions, Murray said.

A surge in hospitalization data

Early versions of the model had little data on how patients fared after being hospitalized in the United States, but the version released Monday includes more granular information now available from state governments.

Researchers looked at more than 16,000 hospital admissions, for example, and almost 3,000 deaths related to Covid-19. They then estimated that fewer hospital resources — such as total beds, intensive care beds and ventilators — will be needed during the virus’s peak.

How long patients are expected to stay in the hospital has also changed: Patients in intensive care are now expected to have longer stays than previously predicted, while those with milder cases are predicted to have shorter stays.

As more data becomes available, those estimates — like all of the model’s projections — will change. And importantly, they’re based on the ongoing assumption that social distancing measures will continue for months, and will be implemented in places that have yet to do so.

According to Murray, the model’s maker, the consequences could be dire if social distancing measures are relaxed or ignored: “The US will see greater death tolls, the death peak will be later, the burden on hospitals will be much greater and the economic costs will continue to grow.”

New York Gov. Andrew Cuomo, whose state is at the epicenter of the US outbreak, said on Saturday that the situation is “turning” and the “rate of infection is going down.” That’s consistent with IHME’s model, which predicts that the state will hit “peak resource use” — the day hospitals are stretched the thinnest — on Wednesday.

But while New York’s cases have generally tracked with IHME’s predictions so far, Cuomo said there is a “danger” in being “over-confident.” Other entities have made that error, he said, “and we’re not going to make that mistake.”