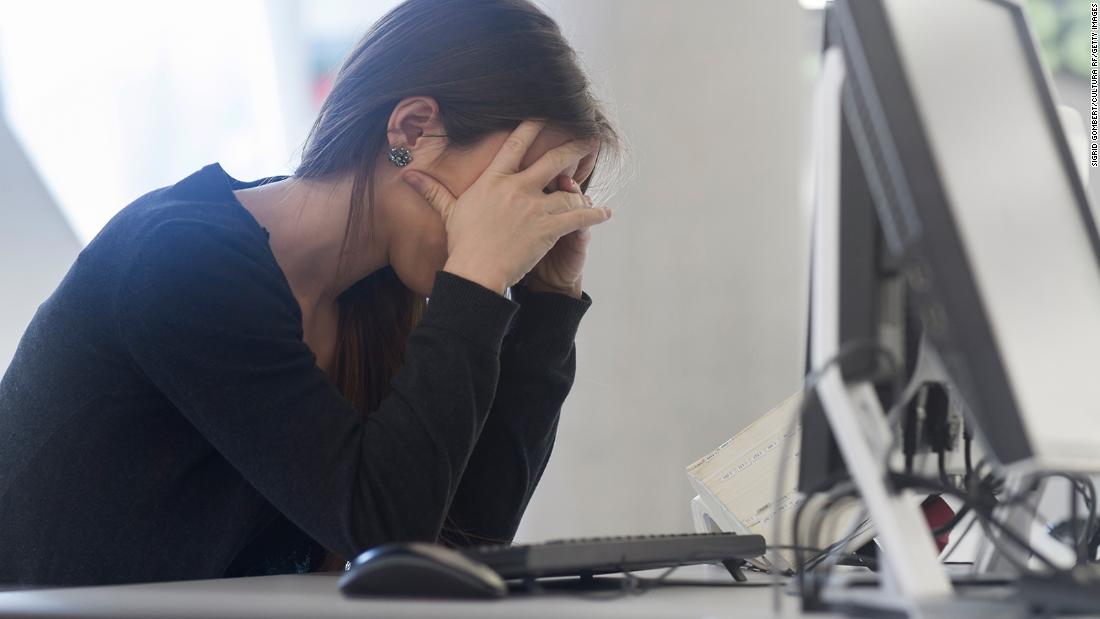 Google searches for anxiety symptoms from mid-March to mid-May were the highest they’ve been in the history of the search engine, according to researchers at the Qualcomm Institute’s Center for Data Driven Health at the University of California San Diego.

The study was published Monday in the Journal of the American Medical Association.

In particular, anxiety and panic attack searches corresponded to major news events, including March 16, when social distancing guidelines were put in place nationally; and March 29, when those guidelines were extended.

Queries also spiked on April 3, when US President Donald Trump announced face mask recommendations; and on April 11, when the US surpassed Italy in the number of coronavirus deaths.

The results could give leaders and policy makers perspective on how to manage the general population’s perception of public health directives, and could inform how we empower those in crisis to seek help quickly, researchers said.

“For some, fear has a greater adverse effect on their health than Covid does,” said John Ayers, lead author of the study and adjunct associate professor at San Diego State University. “The results can help leaders listen and think holistically about the cost of some of those measures.”

Timely insight into the nation’s mood

The scientists compared the total number of anxiety-related searches during the early days of the pandemic with data reaching back to January 2004, and they adjusted for variables such as population growth and increased internet use over the past two decades.

Compared with where the trend on these search terms had been headed prior to the pandemic, the research team said they believe that the crisis caused an 11% increase in searches related to panic attacks during the 58-day period.

“In practical terms, over the first 58 days of the Covid-19 pandemic there were an estimated 3.4 million total searches related to severe acute anxiety in the United States,” said Benjamin Althouse, an affiliate assistant professor at the University of Washington, and a collaborator on the study.

“Searches for anxiety and panic attacks were the highest they’ve ever been in over 16 years of historical search data.”

The highest overall day was March 28, a day before social distancing guidelines were extended, in which anxiety searches were 52% higher than expected, had there not been a pandemic.

This study comes a week after the US Centers for Disease Control and Prevention published survey data showing a spike in the number of people reporting increased substance abuse and seriously considering suicide, a trend that was similarly pronounced as well in the Black and Latino communities.

The CDC’s report included a startling statistic that one in four people ages 18 through 24 had reported suicidal thoughts in the 30 days preceding the survey.

How to better help people in crisis

This new data could help officials design interventions that directly benefit a person in the midst of a panic attack, and it can help researchers target where and when heightened emotional stress is taking place.

Using search engine results can give a more real-time insight to meet people where they are, as compared with more traditional research methods such as doing a telephone survey or enrolling participants into a study, Ayers explained.

“Listening to the public can have a direct impact,” Ayers said. “We see people expressing a need and seeking help. Internet search is also a pathway for intervention.”

He and his team highlighted Illinois’ Call4Calm hotline, rolled out by the state’s Department of Human Services’ Division of Mental Health to provide anonymous support to people experiencing emotional stress and mental health issues during the Covid-19 crisis.

Another way to deploy public health resources where people can access them most immediately, might be to use existing search tools, such as Google’s OneBox, to prioritize information that can help in emergencies, the researchers argued.

The OneBox feature, which the search giant often uses to highlight news, shopping or image results, is used to prominently display the phone number for the National Suicide Prevention Lifeline, 1-800-273-8255, above other search results if someone inputs a suicide-related search query.

Know the signs and what to do

You may be having a panic attack if you’re feeling a fast or irregular heartbeat, chest pain, dizziness, headaches or a loss of appetite, according to the National Health Service in the United Kingdom.

Emotional signs of a panic attack include symptoms such as feeling tense or nervous, worrying about the past or future, feeling tearful and not being able to sleep or relax.

Mental health experts also say that it can be useful to practice gratitude and establish a schedule. Especially during the coronavirus crisis, it’s important to be careful with how and when you engage with the media, if news is driving your anxiety. And limiting social media use can help too, as they can spread misinformation and conspiracy theories about the virus.

“A panic attack is not to be taken lightly as it can land someone in the emergency room with shortness of breath, a pounding heart, chest pain, and an intense feeling of fear,” Ayers said. “Our results unquestionably warrant a need for increased mental health services.”