A woman’s reproductive tract can weed out unwanted sperm after sex, studies find 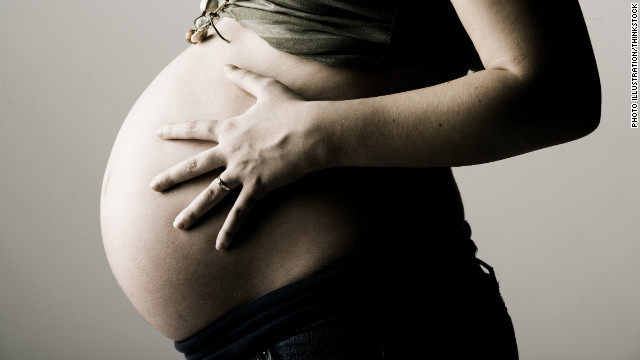 In the race for conception, most of us have been taught it’s the strength and swiftness of the wiggling ejaculate that determines which sperm gets to the finish line first.

But science is beginning to learn that various chemicals in the female reproductive system can facilitate — or sabotage — that sperm’s chance for victory.

And it appears to happen at an early stage in the race — in a woman’s cervix.

A prior study by the same authors found the same thing occurred in a woman’s follicular fluid.

Think of it as a chemical “sorting hat” — dictated by a female’s reproductive secretions — that help sperm who are most likely to give her offspring a genetic boost in survival.

“The whole reproductive tract of the female seems to have evolved to filter out ‘unwanted’ spermatozoa,” said Jukka Kekäläinen, an associate professor in the department of environmental and biological sciences at the University of Eastern Finland who authored both studies.

“We argue that cryptic female choice can potentially occur in multiple stages during the sperm migration from the vagina towards the unfertilized egg,” she said.

It’s all about survival

Reproduction in mammals is driven by an innate evolutionary drive to choose mates who provide genes beneficial to a child’s immune system. Oddly enough, the most compatible male will be one that offers up an entirely different set of immune-fighting genes than those of the female.

“The more diverse those genes are, the more diverse are the kinds of infections you can fight,” said John Fitzpatrick, an assistant professor in the department of zoology at Stockholm University in Sweden, in a prior interview with CNN.

“If your partner has a slightly different combination of these genes than you do, then you’re going to produce offspring that can fight an even broader array of pathogens and diseases,” added Fitzpatrick, who has done research in the field but was not involved in the new study.

Prior studies have found that men and women can choose each other for sex based on chemical clues about their genetic compatibility. Men can sniff out an ovulating woman just by smelling her T-shirt, while women appear to prefer the smell of a man with dissimilar immune-fighting genes, which could give her offspring a boost up the evolutionary ladder.

But newer studies are finding that decisions continue to be made by the reproduction process after the couple has copulated.

For example, the surface of human sperm contain olfactory receptors that can detect genetically different molecules. In women, eggs appear to leave chemical breadcrumbs that act differently on sperm from different males, in effect choosing which sperm is successful.

After the vagina (which Kekäläinen has not yet studied), the first major obstacle a sperm encounters on its journey to fertilization is a woman’s cervix, which sits at the entrance to the womb. The cervix is typically filled with a thick mucus, which becomes thinner and more penetrable just before a woman ovulates.

The mucus is thought to help normal sperm travel more easily and block abnormal or poorly functioning sperm from continuing up the female’s reproductive tract.

But would that also apply to encouraging sperm from a environmentally compatible mate? Kekäläinen and her colleagues tested that speculation by combining all possible permutations of the cervical mucus of nine women with the sperm of eight men. Then they compared the sperm’s swimming success to the genotype of each person.

Sure enough, the cervical mucus of the females had stronger effect on the sperm of some males than others, the study found. Sperm that were more dissimilar genetically from the egg performed better, thus increasing the changes of fertilization.

The findings may be used to advance the understanding of infertility of some couples, the study said, and hopefully “facilitate development of more personalized infertility diagnostics and increase accuracy of the diagnoses.”

Some 30% to 40% of couples facing infertility don’t know the exact reason for their inability to conceive, so if “both are diagnosed as fertile, it is possible ‘gamete-level incompatibility concept’ can help them to understand the reasons behind their reproductive problems,” Kekäläinen said.

“Thus, we would encourage future infertility research to test the possibility that infertility is not always a pathological condition, but instead can also result in demonstrated evolutionary mechanism,” she said.

But even if a couple was to discover they are not as genetically compatible as nature might like, that doesn’t mean “they cannot have a perfectly healthy baby,” she added.

“It is likely that gamete-level incompatibility can reduce the chance of conception but may not often completely prevent it,” Kekäläinen said. “Furthermore, gamete-level compatibility does not mean that partners are otherwise incompatible, with respect to their personalities.”