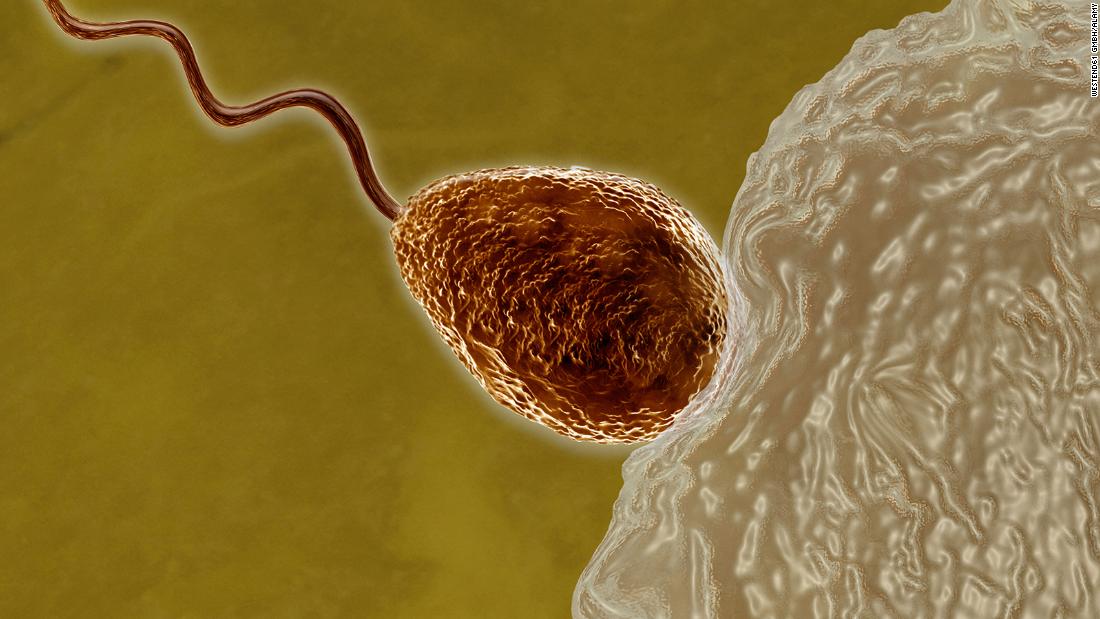 A fascinating new study finds those chemical-based preferences continue even after sex. Human eggs appear to “choose” which sperm will become the lucky winner in conceiving a baby.

“Human eggs release chemicals called chemoattractants, which leave a sort of chemical breadcrumb trail that sperm use to find unfertilized eggs,” said study author John Fitzpatrick, an assistant professor in the department of zoology at Stockholm University in Sweden.

“What we didn’t know until this study is those chemical breadcrumbs act differently on sperm from different males, in effect choosing which sperm is successful,” Fitzpatrick added.

“What this is suggesting is that these fluids are giving females one extra chance — long after she’s picked her partner — to bias the number of sperm that are going to be coming towards the eggs.”

And here’s the extraordinary finding: A woman’s egg doesn’t always agree with her choice of partner.

“We expected to see some sort of partner effect, but in half of the cases the eggs were attracting more sperm from a random male,” Fitzpatrick said. “The most likely explanation for this is that these chemical signals allow females to choose males who are more genetically compatible.”

The hunt for diverse genes

What makes a partner genetically compatible? One of the driving factors for that, Fitzpatrick said, are a complex set of genes called the “major histocompatibility complex,” or MHC for short.

“Basically what these genes are about is fighting infection, fighting diseases and helping our immune system do really well,” he said. “The more diverse those genes are, the more diverse are the kinds of infections you can fight. And if your partner has a slightly different combination of these genes than you do, then you’re going to produce offspring that can fight an even broader array of pathogens and diseases.”

And because mammals, including humans, are programmed to give our offspring the best chance for survival, our bodies have developed all sorts of methods to reward the strongest, most diverse and compatible mate possible. Even the female reproductive tract is an obstacle course designed to weed out weaker, less acceptable suitors.

Reproductive tract fluids, for example, flow downwards, thus forcing sperm to swim upstream, much like salmon must do when they spawn. At the same time, Fitzgerald said, the female’s immune system views sperm as a foreign invader, attacking those swimmers as if they were germs. Once past the obstacle of the cervix’s muscular contractions, sperm must then choose and swim up one of two fallopian tubes — yet the egg only travels down one, leaving a “blind alley that they can go down where there’s no payoff.”

The journey is so arduous that of the tens of millions of sperm a male might deposit, “our best estimate is that only about 250 total sperm get to the site of fertilization where the egg is,” Fitzgerald said.

“On top of all of that, only about 10% of the 250 sperm are able to fertilize at any given time — they sort of blink on and off in their capacity to fertilize eggs,” he added.”So of that 250, it’s more like 20 or 30 cells that can actually fertilize an egg at any different time.”

Finally, the egg can affect which sperm wins the race with the chemicals it releases in the follicular fluid that surrounds the egg. That’s the part which contains the chemical breadcrumbs eggs use to attract and guide sperm to their goal.

“And it’s only in the last two centimeters between a sperm and the egg that these chemical signals matter since it’s the final phase of this long journey where females continue weeding out less acceptable sperm,” Fitzgerald said.

At this point, he added, “we’re talking some real numbers that could have an important impact on fertility.”

The study, published Tuesday in the journal Proceedings of the Royal Society, used left over follicular fluid and sperm samples from 16 couples undergoing assisted reproductive treatment at St. Mary’s Hospital in Manchester, England.

Experiments were carried out on fluids and sperm of two couples at a time, exposing sperm from each male to follicular fluid from their partner and a non-partner on several occasions. Sperm had to swim the length of a microcapillary tube across the petri dish; the number of those that made the journey successfully were then counted.

The study discovered that that eggs attract between 18% and 40% more sperm from the preferred male. How?

Sperm, as it turns out, have odor receptors in their heads that respond to the chemoattractants in the egg’s follicular fluid, thus influencing how vigorously the sperm swims.

“So when sperm go into the follicular fluid, they start to go straighter and they start to change the way they swim,” Fitzgerald said. “So depending on the strength of that signal, you can get different responses in how the sperm are responding to these female chemical signals within their follicular field.”

“The idea that eggs are choosing sperm is really novel in human fertility,” said senior author Daniel Brison, the scientific director of the department of reproductive medicine at Saint Mary’s Hospital in the UK, which is part of the Manchester University NHS Foundation Trust.

“Research on the way eggs and sperm interact will advance fertility treatments and may eventually help us understand some of the currently ‘unexplained’ causes of infertility in couples,” Brison said in a statement.

About a third of all cases of clinical infertility have unexplained causes, Fitzgerald said, adding that now that “we know that eggs are exerting some sort of control on sperm, we can start looking at that and start to narrow down that 30% of unexplained cases.”

“We’ve known for a long time that one or more components of follicular fluid may be important in helping the sperm find the egg, but to my knowledge it’s the first time that anyone has suggested that there might be some sperm-follicular fluid combinations that are better than others. That’s intriguing,” said Allan Pacey, a professor of andrology at the University of Sheffield in the UK, who was not involved in the study.

Couples who are currently experiencing infertility, however, shouldn’t worry about whether or not they have sperm and follicular fluid compatibility problems, he added.

“Whilst the results of this study are very interesting and the experiments elegantly performed, I am not sure whether they currently have any clinical relevance for anyone concerned about their fertility or undergoing IVF [in vitro fertilization],” Pacey said. “But they may well give researchers a better handle on how human sperm and eggs meet, and why that sometimes it goes wrong.”