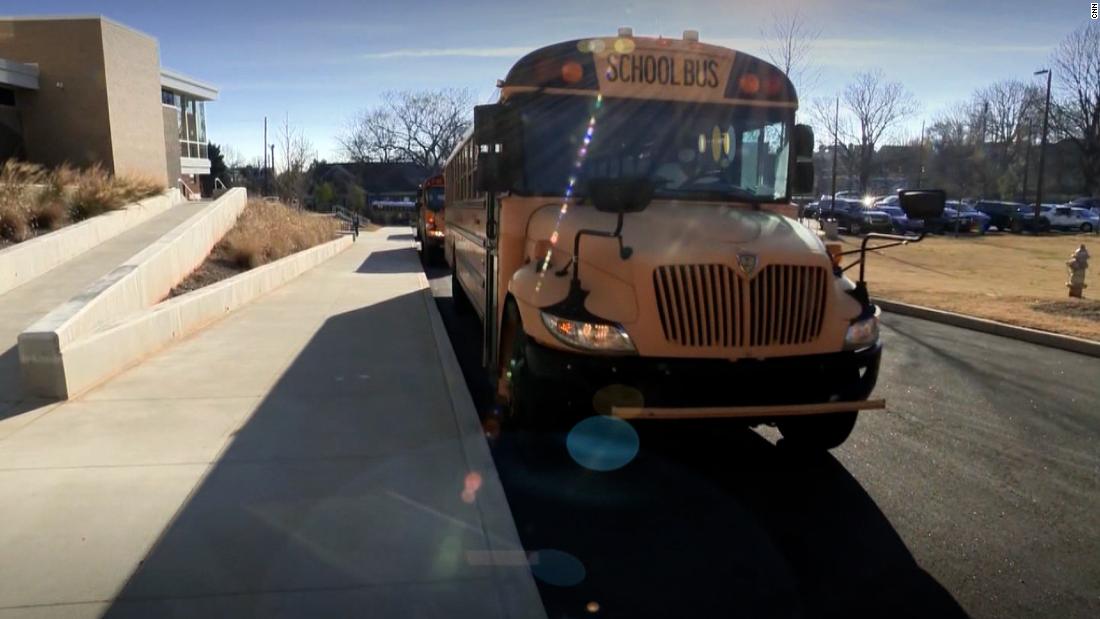 Decisions that were made in haste in March 2020 had to be revisited when classes resumed after the summer break. Public and private schools across the country had to consider once again how to move forward, sometimes changing plans at the last minute as amount of community spread fluctuated and/or the politics — both at the level of school district and of government — shifted.

And as the situation has worn on, many experts have expressed increasing concern about schools remaining closed. Joseph G. Allen, an associate professor at the Harvard T.H. Chan School of Public Health and the director of the school’s Healthy Buildings program said back in January that school closures are “nothing short of a national emergency.” Jennifer Nuzzo, a senior scholar at the Johns Hopkins Center for Health Security who has been working on pandemic preparedness for about 20 years, calls schools a “critical infrastructure” and said it’s important that “we get them open as quickly as possible,” noting it is important to strike a balance between the known benefits and the potential harms.

Last August — the traditional back-to-school time — my wife and I chose to not send our girls back to their school. At the time, I visited their school to speak to the headmaster about all the safety measures the school, with its considerable resources, was putting into place: a mask mandate, hand hygiene stations, physical distancing plans, frequent disinfecting of surfaces, outdoor classes when possible, and others.

But despite the time, effort and care they put into resuming in-person classes, we decided to take a wait-and-see approach. A couple of high-profile outbreaks at schools and summer camps early in the pandemic, and the level of community spread in our area at the time, sealed the deal for us.

Also, remember that schools shut down in mid-March, when there were fewer than 3,300 confirmed Covid-19 cases in the US and just over 60 deaths. As schools were starting to reopen for the fall, the numbers were far worse and there was a real concern that opening schools might worsen the situation further. For me, there was just too much uncertainty. And, while it was increasingly clear that young people were less likely to get severely ill themselves, I worried one of my daughters might still inadvertently spread the virus to their teachers or to their parents at home.

I have to tell you, it was not a popular decision with the under-18 set. My kids love school. For them, remote learning is a pale imitation of the real, in-person deal — and almost as importantly, they love being with their friends. But because my household is a benign dictatorship and not a democracy, remote learning via virtual school became the law of the land.

Then in October, when we were given another opportunity to send them back on campus, my wife and I changed direction. At that time, despite an increase in community spread, we saw how well the girls’ school had been doing and decided to put them back in. The mitigation strategies in place were not only symbolic, but also taken very seriously at the school. Beyond masks and physical distancing, the school had taken the extra step of requiring Covid testing on a weekly basis. While many schools have sadly never had this option, the insights from the testing program gave me further comfort.

Liz Ball, the associate vice president for strategic communications at our school, confirmed the school’s success. In an email, she told me that since the beginning of the school year through February 7, the average weekly positivity rate has been less than 0.5% — a figure that is much lower than the average weekly positivity rate for Fulton County, Georgia, during the same time period (which at its lowest was 3.3%), according to PCR testing data from the Georgia Department of Public Health. Ball estimated more than 45,000 tests were done weekly, between October and February, on approximately 2,400 community members.

I recognize my daughters’ school has more resources than many public (and private) schools do to keep Covid-19 disease to a minimum, including the extra space to physically distance, the warm weather of the South to let them hold classes outside, and especially the ability to test extensively.

But the testing is really the proof — and not the reason — that these mitigation efforts work.

“The consistent application of our COVID-19 safety protocols, including quarantining, has proven successful in preventing the virus from entering campus and transmission on campus,” Ball wrote.

Safety protocols very similar to those that the CDC set out as guidelines recently: masking; physical distancing; washing hands; cleaning facilities and improving ventilation; as well as contact tracing, isolation and quarantine.

“With the release of this operational strategy, CDC is not mandating that schools reopen. These recommendations simply provide schools a long-needed roadmap for how to do so safely under different levels of disease in the community,” CDC Director Dr. Rochelle Walensky said when she announced the guidelines in February.

And the few studies looking at in-school transmission seem to bear this out, showing that rates of disease in schools is lower than in the community. A study of 17 Wisconsin schools found that the rate of Covid-19 in the school was 37% lower than in the surrounding community. Another study looking at New York City schools found only a 0.4% positivity rate from October to December, despite rising cases in the community. And a study of 11 North Carolina school districts found just 32 cases of in-school transmission among nearly 100,000 students and staff — not one of those cases involved a child infecting an adult.

In fact, a new report that analyzed 130 studies on school reopening found that schools can safely reopen if they follow mitigation strategies including mask wearing and social distancing. The report — Is it Safe to Reopen Schools? An Extensive Review of the Research, authored by education and policy expert John Bailey — even found that when it comes to physical distancing, 3 and not 6 feet may be enough.

Bailey notes that school districts in Indiana, Virginia, and Massachusetts have all adopted a 3-foot standard instead.

And, according to a federal official, the CDC is reviewing new data — including a study published last week showing “no significant difference” in rates of Covid-19 at Massachusetts public schools that had implemented 3-foot social distancing rules compared with those that maintained 6-feet — to see if physical distancing rules in schools should be changed. That would align it with the World Health Organization’s school guidelines, which suggest a minimum of 1 meter (just over 3 feet) of distance in schools.

The slow return of in-person learning

Some of the country’s largest public school systems — including Los Angeles, New York City and Atlanta — are either gearing up to restart in-person learning or already have. And the money the Biden administration has promised K-12 will allow school districts to begin implementing the CDC’s mitigation measures. That money, for example, could be used to buy and, in some cases install, PPE such as plastic desk dividers, hand hygiene stations, classroom air purifiers, and masks for students and teachers, as well as to pay for the costs related to all the extra cleaning and disinfecting.

To get all school districts on the same page and up to speed, Biden’s Education Secretary Miguel Cardona told CNN’s Jake Tapper on Friday, during the CNN special “Back to School: Kids, Covid and the Fight to Reopen,” that a National Summit on school reopening was scheduled for “before the end of March.”

“We’re going to have experts and we’re going to have, as you mentioned, districts that have found success doing this, talking to other districts and sharing their best practices, but also sharing the challenges that they had so we can learn from those districts,” Cardona explained. He also noted that his department is setting up a clearinghouse with best practices around reopening, including providing social and emotional supports to students and educators who’ve “experienced a lot of trauma in this past year.”

The reliance on science, the government funding and the ability of teachers to get vaccinated all please Becky Pringle, president of the National Education Association, the largest teachers union in the US. During the same CNN special, she said teachers “want nothing more than to be in-person with their students. That’s how they were trained to teach, and work with them, and they miss them. They want to be back in person.”

But, Pringle said, teachers want it done safely. “What we’ve been saying for now a year, now it’s been a year, we have been asking the resources we need to do just that,” she said. “And the smile you see on my face right now, Jake, is the light at the end of this very dark tunnel.”

My wife and I spent yesterday evening talking about this article, and it expanded into a discussion with all three of our girls about the last several months of school. Interestingly, my youngest daughter (now 11 years old) never really eased into the virtual learning life, whereas my oldest (now 15) at times preferred it. My middle daughter, always the agreeable one, told me she could go either way.

I was worried this past year would be a childhood interrupted — it’s been one of my biggest concerns — but overall the girls seem to have thrived and perhaps even gained some resilience through the challenges they faced. They are also very aware of how fortunate they are to have had options at various times this past year that simply weren’t afforded to too many other students around the country.

It will be a long time before we know the full impact of this pandemic on their lives and their mental health, but if history is any indication, it was the young people who were the most adaptable after previous outbreaks and pandemics, as well as the ones earnestly embracing some new state of normalcy when it was finally safe to do so.