A plan to save coronavirus patients from dying at home 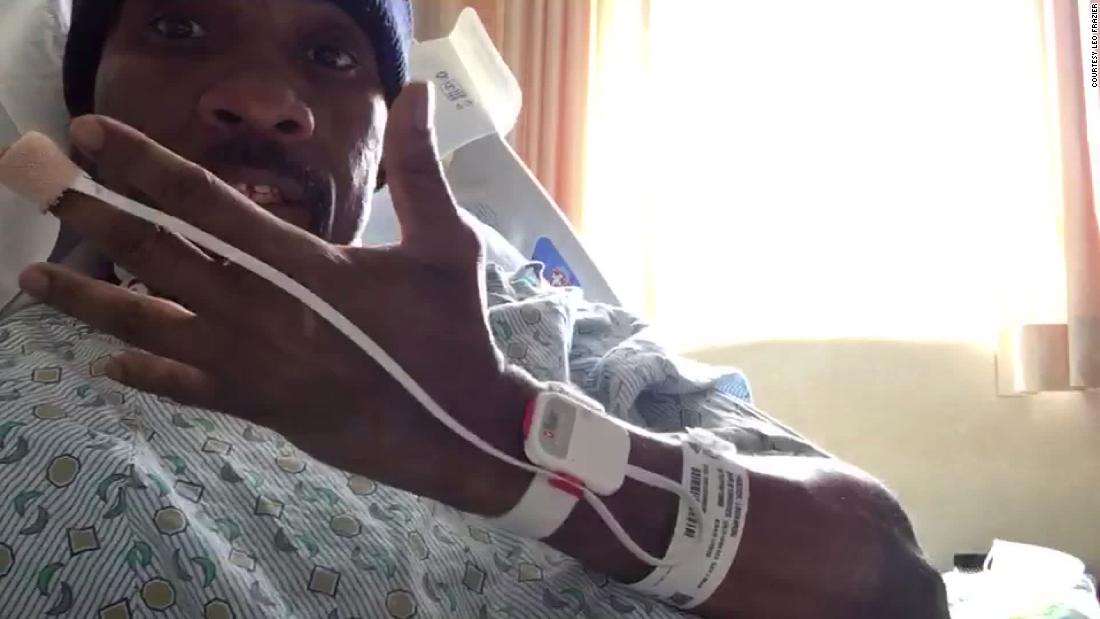 In New York, the number of daily household deaths is 8 to 10 times higher than normal, one city official said.

“Typically in New York City, on an average day, about 20 to 25 people die at home, but now in this crisis, and for several days running, it’s been over 200 people a day who are dying at home,” said New York City Councilman Mark Levine, who chairs the city’s Council Committee on Health. “We presume that most of that increase is due to coronavirus.”

The issue is that people with coronavirus might seem like they’re doing OK, and then become very sick very quickly.

In Cleveland, Ohio, a team of researchers at University Hospitals is running a small pilot program designed to help save the lives of coronavirus patients who run into trouble while battling the virus at home.

Patients who come into the emergency department but aren’t sick enough to be admitted to the hospital are sent home with a sensor to wear on their finger.

The sensor measures oxygen levels in their blood and sends signals to a wrist monitor that looks like a watch, which then sends signals to their cell phone. That data is then goes to a central monitoring station where doctors and nurses can monitor the patient’s condition minute by minute.

“Ultimately, they go home and know somebody is watching their breathing and their oxygen levels, which are the early signs that someone is going to get sick, and it gives them peace of mind,” said Dr. Peter Pronovost, a patient safety expert and MacArthur “genius grant” recipient who helped develop the mobile platform behind the technology.

Leonardo Frazier, 54, a janitor at a recreation center in Chardon, Ohio, is one of the unsung heroes of the coronavirus pandemic. Before he contracted coronavirus, he spent his days cleaning sinks and lockers and wiping down counters and bathrooms. He thinks he might have contracted the virus at work.

On March 27, Frazier’s symptoms became so severe he could hardly breathe. He went to the emergency room.

“They wanted to try out a device on me to monitor me at home,” he said.

Three days later, on April 1, while wearing the sensor at his home, his oxygen levels dropped. His heart was racing. He was dizzy and nauseated. His blood pressure spiked.

Then his phone rang.

It was the doctors who’d been monitoring him.

They told him he needed to come to the ER immediately.

Frazier spent seven days in the hospital, recovering in an isolation room and relying on supplemental oxygen to stay alive.

He had been home alone that day and said he felt so weak, he’s not sure would have known what to do. He’s also not sure emergency responders would have been able to get to him if ge’d called for help.

In a video he shared with CNN, he holds up the sensor and — still breathing heavily — says, “I just want to show you the device that kind of like saved my life.”

Pronovost developed the mobile platform for the device and sold it to Masimo, a medical device company, which now markets the device under the name SafetyNet. He said he holds no financial interest in the technology.

“There’s an urgent need to scale this,” he said. “We believe this technology could help save lives.”

Until then, most coronavirus patients who are at home will have to depend on themselves.

“Someone who’s at home — your body is going to tell you when you’re not getting enough oxygen. You will feel terrible,” Levine said. “If what you’re experiencing is extreme difficulty breathing, which often manifests itself by inability to say more than a word or two at a time, then you need to call 911, because you’re experiencing respiratory failure.”

Right now, so many people are dying at home in New York City that they’re not even testing them after death for coronavirus, said Levine, the city councilman.

“We simply don’t have the testing capacity for the large numbers dying at home,” he wrote on Twitter.