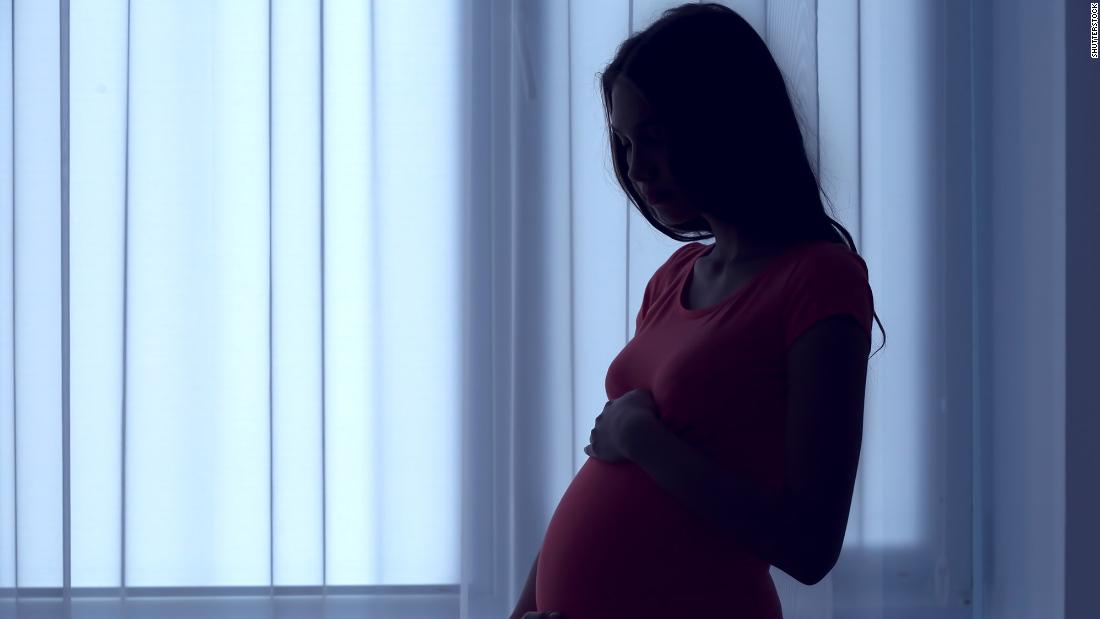 For the baby, the perinatal stage — which is defined as the time from conception through pregnancy (antenatal), birth and the first year of the baby’s life (postnatal) — is “a time of unprecedented growth and sensitivity,” the study said. That’s when exposures and early life experiences may modify development starting from when he or she is in the womb to that critical first year as a growing child and onward.

A mother experiencing depression and anxiety before and after birth was moderately linked with her child’s deficits in language and cognitive and motor development in infancy.

All of these children were more likely to exhibit behaviors that either internalized negative feelings or targeted them toward others. These kids experienced and reacted with more negative emotions and were temperamentally difficult through adolescence as well.

“In light of the pandemic, these are particularly concerning results,” said Dr. Denise Jamieson, chair of the department of gynecology and obstetrics at Emory University, who wasn’t involved in the study. “Since risk factors for perinatal depression include life stress and lack of social support, pregnant and postpartum women may be particularly vulnerable right now.

“These data that suggest that this poses risks not just for the mother, but also for her child, not just now but into adolescence, is a stark reminder that the indirect effects of Covid-19 may be long-lasting,” Jamieson added.

Researchers have conducted reviews of studies on the relationship between a woman’s mental health during this time and her child’s development — but they hadn’t previously evaluated the long-term effects of depression and anxiety at different stages of motherhood on a range of developmental functions from infancy through adolescence, the study said.

The authors of the current study analyzed the association of perinatal depression and anxiety with social-emotional, cognitive, language, motor and adaptive behavior development in their offspring from infancy up to age 18. They also examined whether the timing of depression and anxiety, type of mental illness and offspring age affected the findings.

Mental health before and after birth

Participants included 195,751 otherwise healthy mother-child pairs from 191 studies based in the United Kingdom, the United States, the Netherlands, Australia, Canada and Norway.

These women had either reported their symptoms of depression and/or anxiety or had diagnoses, while later information about their children’s development was also self-reported.

Depression and anxiety in the perinatal period had small-to-moderate associations with deficits in social-emotional behavior development through adolescence, such as peer problems, a lack of prosocial behaviors and attachment and emotional dysregulation.

How maternal mental health might influence a child’s growth

How a mother’s mental health might influence her offspring’s development could hinge on what happens to the baby while in the womb and interactions after birth.

Anxiety and depression during pregnancy could expose the fetus to increased concentrations of the stress hormone cortisol, leading to changes in brain function and reducing the flow of blood, oxygen and nutrients, the study said.

The neurocognitive changes that prepare mothers to be able to sensitively respond to their infants could also be hampered by experiencing depression and anxiety during pregnancy, the study said. A mentally taxed mother may be less able to quickly, carefully and thoughtfully respond to her baby’s cues — potentially reducing the chances of attachment between a mother and her baby.

“During the first year of life, infants are unable to sooth themselves when they become upset — they rely on sensitive caregivers to respond when they are distressed,” said Dr. Alison Stuebe, a professor of maternal and child health at the University of North Carolina Gillings School of Global Public Health, who wasn’t involved in the study.

“With support from these caregivers, infants gradually learn how to cope with fear and frustration,” Stuebe, also a professor of obstetrics and gynecology at the UNC School of Medicine, added.

The authors lacked details about individual, family and social factors that could have affected the mothers’ mental health and their children’s development, said the study’s senior author Delyse Hutchinson, an associate professor in the school of psychology at the Centre for Early Social and Emotional Development at Deakin University in Australia.

Additional studies are necessary, Jamieson said, but “the large numbers of studies in this systematic review begin to paint a fairly consistent pattern.”

For mothers to recover from birth and transition to their role as parents, and for growing families to thrive, they need support, Stuebe said.
“But in the United States, 23% of mothers are back at work within 10 days postpartum,” Stuebe added. “We are (the) only industrialized country without paid parental leave. Women lose pregnancy Medicaid coverage at 60 days after birth, losing access to psychotherapy and medical treatment for depression and anxiety.”

If parents lack access to treatment because they’re uninsured, can’t take time off from work or face some other barrier, Stuebe continued, “it’s likely that their children will be exposed to food and housing insecurity, poorly funded schools, lack of safe spaces to play and other stressors.

Since families now “have to balance the urgent need for hands-on help with deciding who can be part of their ‘bubble’ in the first weeks after birth,” the pandemic has made building a village more challenging, Stuebe said. Some solutions can be found at New Mom Health, a resource for postpartum women.

Expecting and new mothers concerned about their mood should seek help from their physician and/or psychologist early, Hutchinson said.

“Perinatal difficulties are often overlooked,” Hutchinson said, “and many women do not seek help because they think it is expected that mothers feel down, tired or worried or because they are concerned about the stigma related to mental health.”

Staying connected with supportive family, friends and other mothers is also important, Hutchinson said — as is doing activities that bring you joy and regularly practicing self-care, “whether it involves going for a walk or other exercise, reading a book, speaking to a friend, relaxation or simply catching up on some sleep.”

While these tools alone may not prevent depression and anxiety, they can help mothers navigate challenges. If mothers are concerned that their children have any of the developmental deficits the study highlighted, they should talk with their pediatrician, Hutchinson said.

“If difficulties are recognised and help is sought,” Hutchinson said via email, “this risk may be reduced, potentially leading to improved health and wellbeing outcomes for both mother and child.”