A more contagious coronavirus variant is spreading across the US. But the vaccines should work against it. 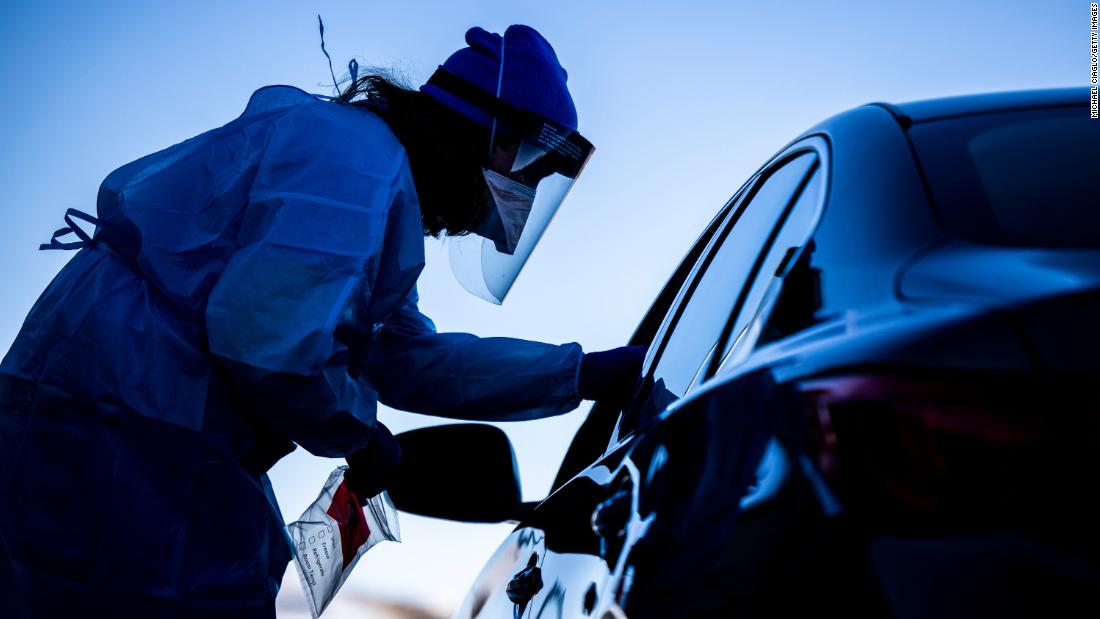 The B.1.1.7 variant, first spotted in the UK, is not only more easily transmitted, but it also appears to be more deadly. Dr. Anthony Fauci warned about it Friday in a White House coronavirus update.

It was first spotted in Colorado at the end of December, said Fauci, the director of the National Institute of Allergy and Infectious Diseases and the chief medical adviser to President Biden.

“Since then it has been detected in 50 jurisdictions in the United States, and likely accounts now for about 20 to 30% of the infections in this country. And that number is growing,” Fauci said.

“Of concern is that there are about 50% increase in transmission with this particular variant that has been documented in the UK and there’s likely an increase in severity of disease if infected with this variant,” he said.

But vaccines appear to protect well against B.1.1.7 and treatments such as monoclonal antibodies also appear to work against this particular variant, Fauci said.

That makes it more important than ever to get people vaccinated quickly, he said.

“The way we can counter 1.1.7, which is a growing threat in our country, is to do two things: To get as many people vaccinated as quickly and as expeditiously as possible with the vaccine that we know works against this variant and, finally, to implement the public health measures that we talk about all the time … masking, physical distancing, and avoiding congregant settings, particularly indoors,” he said.

Vaccines appear to protect against B.1.1.7 variant

The three vaccines that have so far won emergency use authorization from the US Food and Drug Administration appear to protect people well against B.1.1.7.

Real-life use of the Pfizer/BioNTech and Moderna vaccines indicate that while the B.1.1.7 variant can elude, somewhat, the immune response prompted by immunization, it’s not enough to make the vaccines any less effective in protecting people. That’s because the vaccines cause a broad immune response so that even if it’s a little weakened, it’s still powerful enough to prevent serious disease and death.

There’s less evidence about the vaccine made by Johnson & Johnson’s Janssen vaccine arm, although it was tested in the US after B.1.1.7 started circulating.

“Preliminary evidence suggests that the currently authorized COVID-19 vaccines may provide some protection against a variety of strains, including B.1.1.7 (originally identified in the United Kingdom),” the CDC says in its guidance for fully vaccinated people.

Both BioNTech and Moderna have helped coordinate multiple tests of their vaccines against the variants.

Ugur Sahin of BioNTech and colleagues tested blood from 40 volunteers immunized with the Pfizer/BioNTech vaccine against lab-engineered versions of the B.1.1.7 variant.

“The vaccine remained effective against B.1.1.7 with a slight but significant decrease in neutralization that was more apparent in participants under 55 years of age. Thus, the vaccine provides a significant ‘cushion’ of protection against this variant,” they reported in Science.
Similarly, Kai Wu of Moderna and a team at the NIAID tested blood from volunteers against laboratory versions of B.1.1.7. The variant “had no significant effect on neutralization by serum obtained from participants who had received the mRNA-1273 vaccine in the phase 1 trial,” they reported in the New England Journal of Medicine.
Ravindra Gupta of the University of Cambridge in the UK and colleagues there and in South Africa studied blood taken from older adults with an average age of 62 who had been immunized with Pfizer/BioNtech’s vaccine. They did see a “small reduction in neutralization by sera from vaccines that was more marked following the first dose than the second dose,” they reported in the journal Nature — but again not enough to have major effect.

What did worry them was if more mutations were acquired by the virus. Several variants are worrying doctors, including the B.1.351 variant first seen in South Africa and the P.1 variant that is common now in Brazil. Both carry a mutation known as E484K that does seem to significantly evade the body’s immune response.

“Worryingly, we have shown that there are multiple B.1.1.7 sequences in the UK bearing E484K with early evidence of transmission as well as independent acquisitions,” they wrote.

Several experiments indicate that the B.1.351 and P.1. variants may much more easily evade the immune response prompted by vaccines and also by some monoclonal antibody treatments, which deploy lab engineered immune system proteins to boost immune response.

Not as many experiments have been done using the more recently authorized Johnson & Johnson vaccine, but it was tested in the US after B.1.1.7 was starting to spread; in South Africa after B.1.351 was already the most common variant; and in Brazil after P.1 became widespread.

While it was less effective against moderate disease in South Africa and Brazil than in the US, it nonetheless strongly protected people against severe disease, hospitalizations and deaths in clinical trials.

Viruses mutate all the time, and a few of the mutations have taken hold in variants that have arisen in the US, notably in California and New York. The changes they carry include some of the changes that make the B.1.351 and P.1 variants so much more dangerous than B.1.1.7. So Fauci and the CDC say that makes it even more important to get as many people vaccinated as possible before those variants can spread.