A man in Phoenix had a miraculous recovery from Covid-19 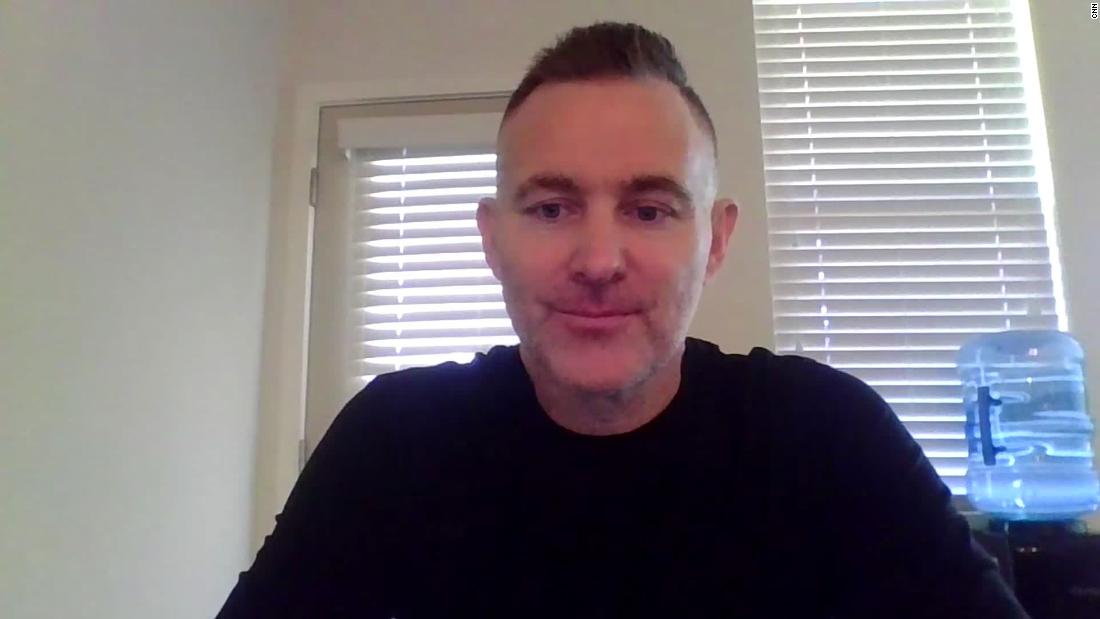 The 46-year-old family medicine physician was sick with Covid-19 when he was admitted to a Phoenix hospital in March and his condition quickly got worse. They sedated him, put him on a ventilator and tried placing him on his stomach — a method known as prone positioning, which has helped some coronavirus patients — but nothing was working.

The ECMO machine, often called the “highest form of life support,” uses a pump to circulate a patient’s blood through an artificial lung. The artificial lung adds oxygen and takes out carbon dioxide before the blood is returned to the patient. ECMO helps provide enough oxygen to a patient while allowing time for the lungs or heart to rest and heal.

The process is challenging and increases the patient’s risk for clotting and bleeding, but doctors in the United States and around the world are using it to treat some severe cases of Covid-19.

“I’m pretty sure (that) without ECMO, he wouldn’t be with us today,” said Dr. Ross Bremner, who treated Viddal at St. Joseph’s Hospital and Medical Center.

‘He most likely would have died,’ doctor says

Viddal, a father of three, considered himself an active and healthy person. He had his gall bladder removed and suffered a common cold once in a while, but he never imagined he would spend nearly two months hospitalized.

After returning from a trip to Colombia, Viddal developed a cough. Within days, he had difficulties breathing and developed a fever. He became worried and went to the hospital after he checked his oxygen levels and they kept dropping.

“I was taking shallow breaths,” Viddal said. “I was hoping that I would recover and it would resolve (itself).”

Viddal says he was intubated one or two days after he was admitted in the hospital. But no one knew he had Covid-19 for some time.

He says he tested negative for the virus three times when they used nasal swabs and finally tested positive when doctors took a sample from his lungs. Bremner, the executive director for the Norton Thoracic Institute at St. Joseph’s, says the virus had moved to Viddal’s lungs.

Viddal was placed on the ECMO machine for 16 days, Bremner says, and developed other complications, including blood clots, bleeding from his main airway, tension pneumothorax — a dangerous accumulation of air — and deep vein thrombosis.

“It was really a tough situation,” Bremner said. “We know that, you know, about half of the patients who go on ECMO for Covid (19) don’t survive and he certainly had many brushes with death.”

By the time Viddal was taken off the ECMO machine and the ventilator, he had lost 50 pounds and could barely move. Despite everything, he says he didn’t have heart, kidney or liver damage.

“I feel truly blessed that I was able to get onto that intervention to help save my life,” Viddal said.

More patients are being treated with ECMO

At the time, Viddal was only the second Covid-19 patient in Arizona to be placed on ECMO therapy, according to the Dignity Health hospital system.

Bremner said his team had mostly used the ECMO machine for organ transplants and to treat some severe cases of H1N1 influenza.

“It’s not that common to use ECMO in other viral illnesses,” Bremner said.

The Extracorporeal Life Support Organization, an international nonprofit consortium of health care institutions that evaluates therapies to support failing organ systems, has been tracking patients with severe cases of Covid-19.

So far, at least 1,006 people who tested positive for Covid-19 or are suspected of having the virus have been placed on an ECMO machine in hospitals worldwide, ELSO says.

Of the 260 patients in North America who have been put on an ECMO machine and then removed from it, 144, or 55% survived, the organization says.

The US Food and Drug Administration issued guidance in April to help expand the availability of equipment used for ECMO therapy for coronavirus patients.

Meanwhile, the National Institutes of Health said it has not issued guidance about the routine use of this treatment, saying “there is no conclusive evidence that ECMO is responsible for better clinical outcomes in patients who received ECMO than in patients who did not receive ECMO.”