A herd immunity coronavirus strategy can be ‘dangerous,’ experts say 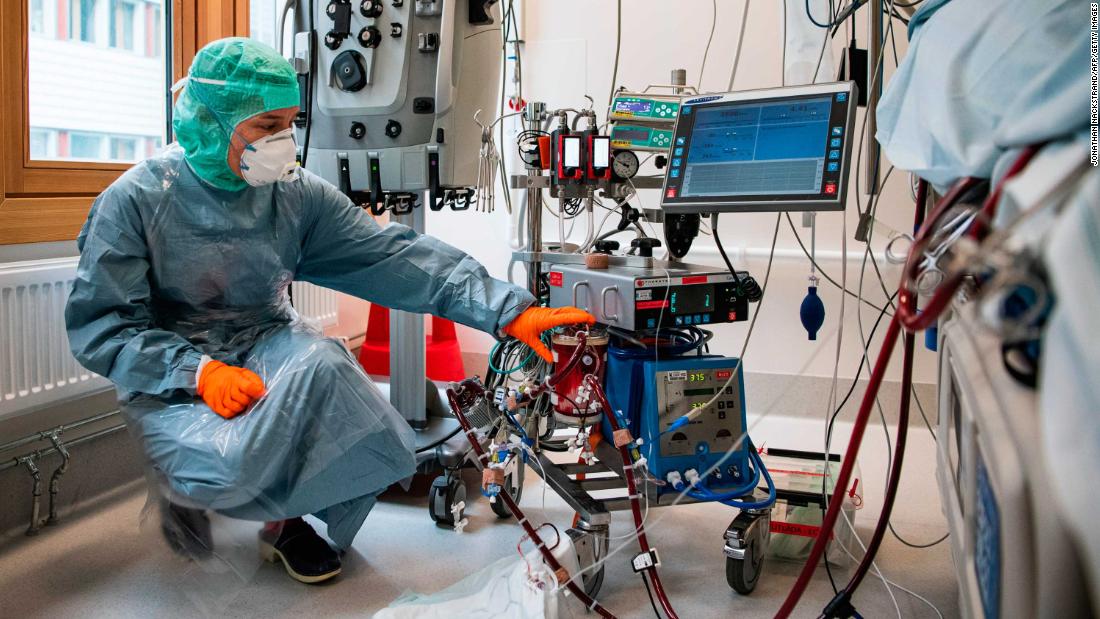 Such an approach — similar to what was pursued in Sweden — would mean that many people nationwide would have to get sick with the coronavirus in order to build up a natural immunity across communities. As the virus spreads and sickens people, many could die in the process.

Atlas has rejected the need for widespread community testing, arguing that the administration should focus almost exclusively on protecting and testing elderly populations while pushing for the rest of the economy to return to normal, this official said.

“Everything he says and does points toward herd immunity,” the senior administration official said.

About 2 million Americans could die in the effort to achieve herd immunity to the coronavirus, Dr. Leana Wen, emergency physician and CNN medical analyst, said on Monday.

Wen told CNN’s Brianna Keilar that she has “huge concerns” about a herd immunity approach and much is still unknown about how long immunity to Covid-19 might last.

“If we’re waiting until 60% to 80% of people have it, we’re talking about 200 million-plus Americans getting this — and at a fatality rate of 1%, let’s say, that’s 2 million Americans who will die in this effort to try to get herd immunity,” Wen said. “Those are preventable deaths of our loved ones that we can just not let happen under our watch.”

Maria Van Kerkhove, the World Health Organization’s technical lead for coronavirus response, said during a media briefing in Geneva last week that “herd immunity” is typically discussed in the context of vaccinations — not as a response to a pandemic.

“Normally when we talk about herd immunity, we talk about how much of the population needs to be vaccinated to have immunity to the virus, to the pathogen, so that transmission can no longer take place or it’s very difficult for a virus or a pathogen to transmit between people,” Van Kerkhove said.

Herd immunity refers to a specific threshold of protection needed for a certain population or community to have against an infectious disease to keep it at bay — and that protection can come from either prior infections or vaccination, Dr. Amesh Adalja, senior scholar at the Johns Hopkins University Center for Health Security, told CNN on Monday.

Unlike most countries, Sweden did not go into a lockdown when the pandemic spread across Europe in early spring. Instead, there was an emphasis on personal responsibility, with most bars, schools, restaurants and salons remaining open.
Despite the more relaxed approach, only 7.3% of people in Stockholm had developed the antibodies needed to fight the disease by late April — well below the 70-90% needed for herd immunity.

Now the country has more than 5,800 deaths from Covid-19, corresponding to about 576.38 deaths per million people. The last Covid-19 fatality was recorded on August 23.

The number of deaths per million in the country is much higher than some of its closest neighbors, with similar low population densities, namely Denmark at 107.73, Finland at 60.46, Norway at 48.7 or Estonia at 48.25.

“When most of a population is immune to an infectious disease, this provides indirect protection — herd immunity — to those who are not immune to the disease by acting as a bulwark against further population infection surges,” Eric Orlowski, of the University College London, and Dr. David Goldsmith, a retired physician based in London, wrote in a commentary that published in the Journal of the Royal Society of Medicine in mid-August.

“It is likely that some of this inter-Scandinavian difference in mortality outcomes might have also have arisen from a failure to shield the most vulnerable Swedes from viral infections (40%–50% of their cases have been in the elderly nursing home resident population),” Orlowski and Goldsmith wrote. “But as with other aspects of this unparalleled crisis, more time is needed to understand the many lasting impacts.”

Much of the criticism around Sweden’s response has focused on the high death rates in care homes.

“It’s not obvious how to completely isolate those people that are at risk for severe disease from those who generally get mild disease,” Adalja said.

“The biggest problem that I have with the Swedish approach is that if you are going to do that — if we’re going to actually try and do herd immunity — you really need to fortify your nursing homes and you really need to do some testing and tracing and isolating,” he said. “If herd immunity does not include testing, tracing and isolating, then it’s going to be very hard to protect vulnerable populations.”

Sweden’s chief epidemiologist Anders Tegnell admitted in June that the country’s Public Health Agency “didn’t know that there would be such a big potential for the disease to spread in elderly care homes, with so many deaths.”

But he told Swedish newspaper Dagens Nyheter: “There are things that we could have done better but in general I think that Sweden has chosen the right way.”

A top World Health Organization official praised Sweden’s response to the coronavirus pandemic on Monday, saying its approach has been mischaracterized. Dr. Mike Ryan, executive director of WHO’s Health Emergencies Programme, said “there is a misunderstanding” that Sweden has not implemented control measures.
“It’s tried to rely on individuals and communities to comply with the advice of government and it has tried to avoid imposing mandatory lockdowns, mandatory separation of individuals,” Ryan said during a media briefing in Geneva, adding that this is based on historically very high levels of trust between the Swedish government and its people.

“In Sweden, Anders Tegnell and the team there have done a good job,” Ryan said.

“That is the way in which Swedish people and the Swedish government interact. That is the social contract in Sweden,” he said. “Nobody has come through this pandemic with a perfect strategy.”

‘Instead of pushing for herd immunity, the U.S. must double down’

Dr. Scott Gottlieb, former commissioner of the US Food and Drug Administration, wrote an opinion piece for The Wall Street Journal on Sunday that came out against the idea of the United States following Sweden’s model.

“Swedish government officials initially sought to let the virus run largely unchallenged in the general population while taking steps to protect the elderly. The Swedish view was that the country could reach herd immunity without jeopardizing the economy. But holding up Sweden as an enlightened model misreads important parts of its experience,” Gottlieb wrote in the op-ed.

“Many Swedes pulled back from normal activities to shelter themselves from infection anyway, even younger and middle-aged people. The country experienced 5,821 Covid deaths in a population the size of North Carolina. And Sweden is far short of herd immunity, even as the country’s economic recovery ranks among the worst in its region,” Gottlieb wrote in part. “Confronting a dangerous pandemic requires containing spread wherever it is reasonably possible.”

He went on to note that wearing masks, testing for Covid-19, and tracing the contacts of people who have it remain helpful.

“Sweden’s attempt to create ‘herd immunity’ has been woefully unsuccessful and is definitely not a strategy we should seek to replicate in the United States,” Dr. Howard Koh, former assistant secretary for health under President Obama and professor at the Harvard T.H. Chan School of Public Health, said in an email to CNN on Monday.

“What’s more, pushing for ‘herd immunity’ now would completely upend the months of work the U.S. has done so far in efforts to control the virus,” Koh said in part. “Instead of pushing for herd immunity, the U.S. must double down on the public health tools at our disposal — including universal mask wearing, widespread testing, and contract tracing — until a vaccine and more effective therapeutics become available.”