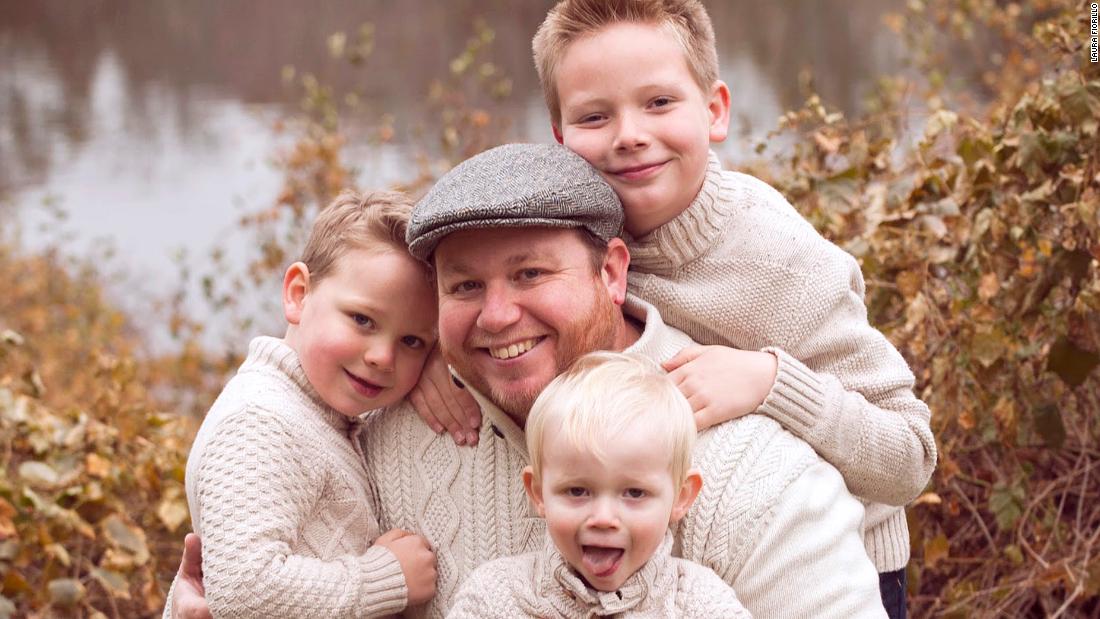 Around the globe, more white people are coming to recognize what black people and other people of color have long understood: that systemic racism has deadly consequences. Where does all this leave parents — particularly parents of boys?

The multiple messages are complicated. How do we make clear to our boys that the world sees them differently based on their bodies and the skin that they’re in?

How do we properly explain that some of the power and privileges they possess, through no effort of their own, come at the cost of disempowerment, damage and even death for others who live in different bodies, different skins?

Some parents feel no choice but to have “the talk” with their children about the very real dangers of racism and sexism. It’s a matter of safety. Other parents wait in an effort to protect their kids’ childhoods, wanting to preserve their innocence. However difficult, these conversations can’t wait. Change begins at home. But how?

Interrupting racism, sexism and toxic masculinity scripts means engaging in tough conversations with our kids from a young age, Aaron Gouveia has said. In his new book, “Raising Boys to Be Good Men: A Parent’s Guide to Bringing Up Happy Sons in a World Filled with Toxic Masculinity,” Gouveia offers parents a handbook to guide parents along the rocky journey to bringing up boys, better.

CNN: Your book is coming out at such a fraught moment in our country. How do you see the dynamics of toxic masculinity playing out right now?

Aaron Gouveia: Right now, we’re seeing how toxic masculinity is not only dangerous in the abstract, but also dangerous in a physical sense. A recent study (which has not yet been peer reviewed) suggests that a higher number of men than women aren’t wearing masks specifically because they feel it makes them look not cool, or weak.
Wearing masks is not a cure-all. But we know it helps to cut down on the spread of Covid-19 and flatten the curve. Men who choose not to wear masks are potentially risking their lives as well as those of the people they come in contact with all because they are afraid to look uncool or weak.

That is terrifying. To risk your life and the lives of others over that fear is absolutely insane and very, very damaging.

CNN: What does some men making this choice in the midst of a pandemic tell us about the prevalence and significance of toxic masculinity in society?

Gouveia: It tells us exactly how ingrained toxic masculinity is in our society. People often wonder, how far will people go to protect this idea of masculinity? The answer, with Covid-19, is that they are willing to literally risk their lives and the lives of others for it. That reality is demoralizing. It has stopped me in my tracks.

CNN: The contradiction here is so interesting. One of the primary tenets of masculinity is protecting your family, protecting the people around you. Yet, choosing not to wear a mask over fears of seeming less masculine means putting your family and other people in harm’s way.

Gouveia: We’re being told by medical experts that we should wear a mask and stay 6 feet apart and avoid large gatherings. Yet, we’re seeing massive pushback from a significant portion of the population, mostly men. This flies in the face of wanting to protect your family.

Wanting to protect your family is a valiant, noble, perfectly understandable goal. And yet when presented with the opportunity to do just that, you’re seeing the same people who say they’ll protect their families at all costs, refusing to wear a mask, refusing to social distance and even calling the whole thing a hoax. And that’s completely contradictory to wanting to protect the people in your life who you love most.

CNN: We’re also in the midst of reckoning with another public health crisis: systemic racism. You talk in your book about how you strive to help your sons recognize their white privilege and learn to stand up for what’s right. What can you tell parents of white sons about how best to raise their boys that will help make the changes called for in the protests that, at least in the United States, so many people support?

Gouveia: I’m hoping this is the beginning of real change. It’s going to be up to parents, especially the parents of young white kids, to keep this momentum going long after the cameras have left and no one’s marching in the street anymore. It’s up to us to keep this up, because it’s so hard to change the mind of a fully formed, fully grown adult, whereas kids are still open to new ideas and they’re open to hearing what you have to say.

It’s about helping white kids understand the privileges that they have, and then actively using those privileges to make change. You’re a white boy, and you’re going to be a white man in a system that really caters to white men. It’s not enough to not make racist comments. When you see those things going on, you need to be an active ally and take action.

Taking action is hard, and it’s uncomfortable. Those are the conversations that I’m having with my kids. You just need to keep having them and keep letting them know that silence equals complicity. It’s a hard thing to get across to kids, because everyone has a natural tendency to want to fit in. But if you’re not speaking out and if you’re not actively helping, then you’re part of the problem. We need to keep advocating that they use their privilege to be good allies. That’s how we achieve long-term change.

CNN: Standing up as an advocate is a core theme of your book. In addition to anti-racism, you talk specifically about advocating for women and girls. Can you say more about how parents can teach kids to stand up for what’s right?

Gouveia: A lot of parents don’t want to have difficult conversations. They feel like it’s eroding their kids’ childhoods to bring up these heavy topics too early. Give them time to just be kids, they think. I understand that thinking — and I also vehemently disagree with it. If you take too long, it gets harder and harder to talk about these things. Opinions get formed on the playground at school, at lunch, and you lose control over the messaging. That’s why these conversations need to happen early and often.

I also think we need to give kids more credit. They are really receptive to this information. Obviously, you need to talk about things in an age-appropriate way, but kids never stop surprising me with how much they can soak in and understand and process. They can still be kids, but they can be informed kids.

CNN: A lot of developmental specialists recommend tapping into kids’ innate sense of fairness when having these difficult discussions. Have you found that to be effective?

Gouveia: This can be a good way for parents who are struggling with how to begin. Kids are quick to call out some disparity between what they get versus a sibling, for example. And that’s directly transferable to saying, “Hey, did you know that black people didn’t have the same rights that white people had even some 60-odd years ago.”

Kids start to get it. They say, “Wait a minute, so they didn’t have the rights just because they’re black? That’s not fair.” My kids were horrified to know that their aunts couldn’t get married for a long time just because they wanted to marry someone of the same sex. That idea of fairness? Wow, I want to nurture that. Because, you know, when kids come to defend against unfairness and injustice, then you’re doing something.

CNN: Let’s shift gears to older kids. You mentioned your oldest is now 12. You write in the book about how “our culture of toxic masculinity turns boys into men who are unfeeling, robotic and completely lacking in coping mechanisms.” What kind of tools and strategies do adolescent boys need to develop?

Gouveia: I think a lot of boys never quite learn how to deal with rejection in a healthy way. They start having attractions to girls, or other boys, and they can’t handle rejection. I think that’s an underrated but very big problem. It just turns to anger, so anger becomes their default.

And if there’s access to a gun, I do believe that that leads to the higher rates of suicides and the potential likelihood of violence. We see that with all these mass shooters. Those who have left manifestos blame girls and women who wouldn’t go out with them. There’s a sense of entitlement, especially when it comes to boys dating girls. And it absolutely has to end.

CNN: You write that boys are “told to be dominant and aggressive in sports, work, dating and life in general. Then, after we’ve stunted their development as fully formed human beings and made them incapable of having any kind of wherewithal to be emotionally intelligent and competent, know what we do? We arm them.” That’s a terrifying combination.

Gouveia: We know that men are committing suicide at a rate 3.54 times higher than women. We know that virtually all mass shootings are committed by men. These men are angry, and they haven’t learned coping skills for venting that rage other than violence.

Men are not supposed to talk about their problems, their feelings. They’re just supposed to be stoic, on an island and emotionally distant. But when you combine that emotional distance and the stoicism with the rejection and then you add a firearm to it? Violence is almost an inevitability.

CNN: The stakes are so very high here. In the face of all these societal realities, what’s your overall advice to parents?

Gouveia: Being a parent is a massive responsibility. Your kids are watching you all the time, seeing all the little things you say and do. Your kids are going to model their behavior after you. And that includes the good and the bad. I promise that both will come up quite often.

Understand that you will make mistakes. That’s when it’s time to apologize. That’s another good thing to model for boys — acknowledging mistakes and learning from them. As a parent, just keep showing up, keep having the conversations. Keep driving home the values you want to instill because they’re going to hear different things in school.