75,000 Americans at risk of dying from overdose or suicide due to coronavirus despair, group warns 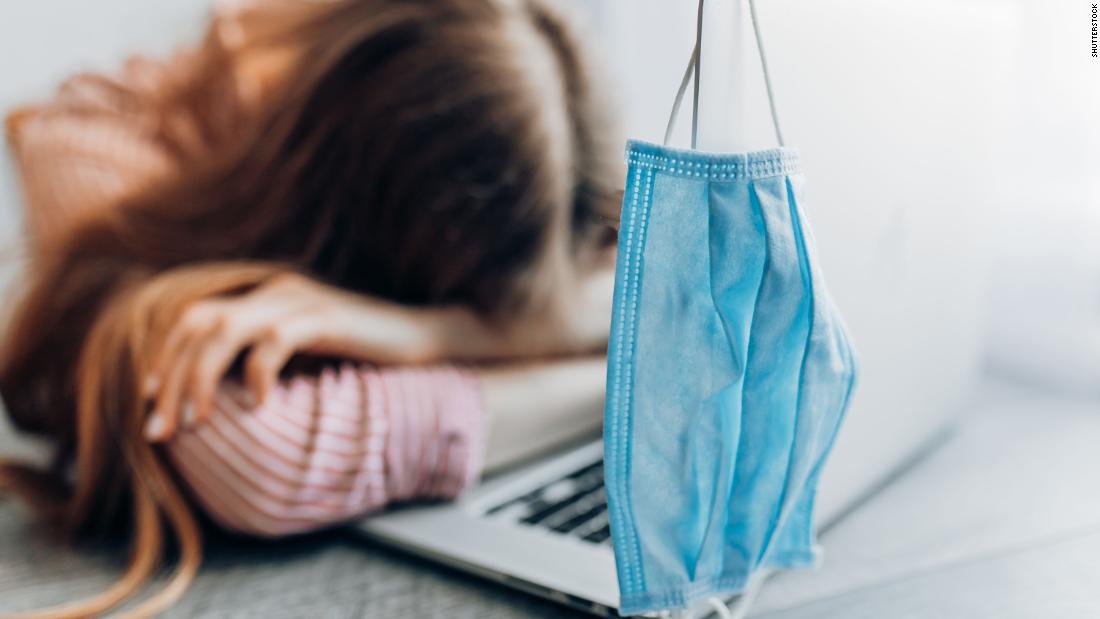 The group is sounding the alarm that the growing unemployment crisis, economic downturns and stress caused by isolation and lack of a definitive end date for the pandemic could significantly increase so-called “deaths of despair” unless local, state and federal authorities take action.

Miller emphasized the data is just a projection, and that actions taken could change the number of deaths.

“We can change the numbers — the deaths have not happened yet. However, it is on us to take action now,” Miller says.

The Well Being trust released maps showing state and county level projects of these types of deaths based on data from past years due to Covid-19’s impact on unemployment, isolation and uncertainty.

The group is calling for a robust approach from local, state and federal officials and agencies to ensure those who lose their jobs because of the pandemic can find work.

“Unemployment during the Great Recession was associated with an increase in suicide deaths and drug overdose deaths,” according to the Well Being Trust.

For instance, deaths from both suicide and drug overdoses rose along with unemployment during the 2008 recession. Unemployment went from 4.6% in 2007 to a peak of 10% in October 2009 and declined steadily reaching 3.5% in early 2010, according to the group.

White House economic adviser Kevin Hassett told CNN Tuesday he expects the US unemployment rate was above 16% in April.

“My guess right now is it’s going to be north of 16%, maybe as high as 20%,” he said. “We’re looking at probably the worst unemployment rate since the Great Depression.”

It’s possible that coronavirus may make some new job opportunities available. For instance, states need people to help with contact tracing and other health needs. And that presents an opportunity to re-employ those in need.

“Service can be a powerful antidote to isolation and despair,” the group says in the report.

Changes also must be made to medical and mental health care to ensure that those who need care can get it, the group says. That includes relaxing some privacy standards surrounding technology to improvise care options.

“This screams for an opportunity to examine what wasn’t working about mental health delivery prior to COVID and examine new strategies to create a new and more integrated approach to mental health post-COVID,” Miller says.

Earlier this week Vermont, which has been plagued by overdoses, reported that opioid deaths decreased for the first time since 2014.

“The state saw a 58% decline in deaths attributed to opioid misuse between 2018 and 2019,” Levine said. There were also fewer deaths involving fentanyl, but the percentage of opioid-related fatalities involving cocaine continues to increase, Levine said.

Whether a trend like that can continue during the pandemic is hard to say. Miller applauded Vermont for the way the state has aggressively pursued opioid strategies. But Miller also said that states must remember the problem is broader — and about which circumstances make people turn to opioids to begin with. And those are the issues that the pandemic may amplify.

“We’ve responded to the opioid crisis in this country as if it was only about opioids when, in reality, it’s driven by deeper issues associated with mental health, addiction, pain and suffering,” Miller says. “Without a clear framework for comprehensively addressing mental health and addiction, we will continue to tinker and play whack-a-mole looking for solutions.”

During this time of uncertainty, the Well Being Trust said it is incumbent on local communities to try and find ways to meet the needs of those suffering in new ways. But they warned that even technology, if used robustly, by friends, religious groups and mental health experts may not suffice to solve the problem.

“Virtual community may not be enough to hold off the impact of isolation and loneliness. And finally, uncertainty. The stress of uncertainty has a serious impact on the emergence and worsening of mental illness,” the group said.

“This is a novel virus with new and unanticipated results. Every day the science sheds light on new aspects and retracts initial ideas and hypotheses. These are unprecedented times, and uncertainty may lead to fear which may give way to dread.”

Despite the dire warnings, the group warns this possible tide can be stemmed.

“The models we have created rely on the way it happened before. When our communities were faced with rising unemployment, social isolation and individual uncertainty the people suffered and that led to increased deaths of despair. It might be different,” they said in the report.

“By taking stock of the current crisis, predicting the potential loss of life, and creatively deploying local community solutions, it may be possible to prevent the impending deaths of despair. We should not sit idly by, waiting for 75,000 more deaths of despair.”