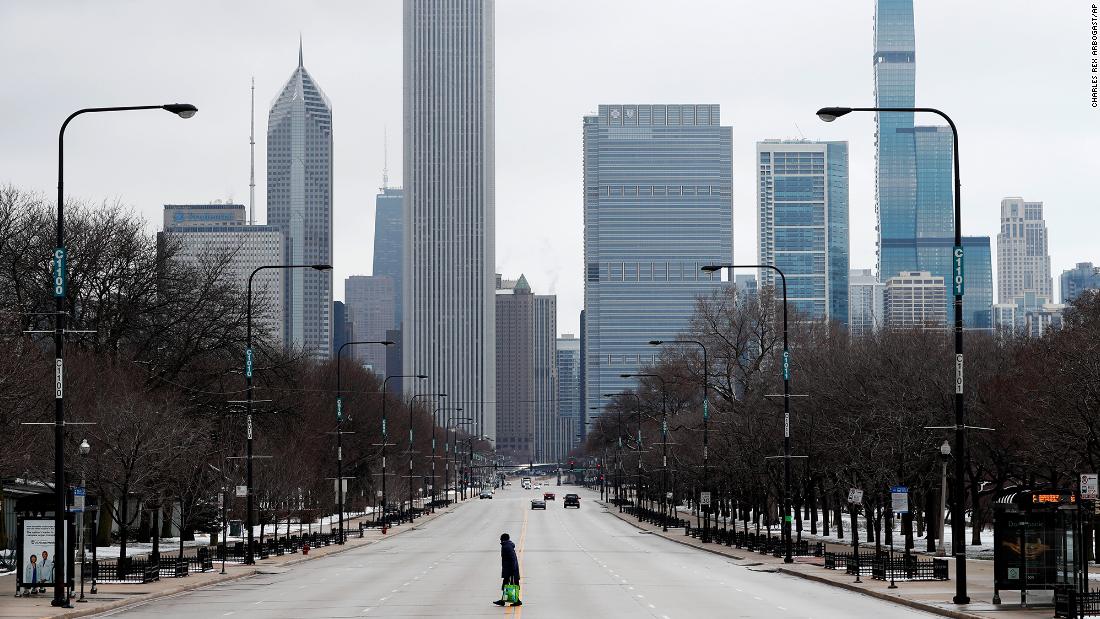 “What are you waiting for? What more evidence do you need? If you think it’s not going to happen to you, there are proof points all over the United States, all over the world,” California Gov. Gavin Newsom said Wednesday.

Newsom was the first governor to issue a statewide stay-at-home order in March after health officials warned social distancing measures would be the most effective in curbing the spread of the virus.

Even if Americans follow mitigation measures closely, the US death toll could be at least 100,000, White House experts said this week. But without those measures in place, that number could be as high as 2.2 million, Dr. Deborah Birx, the White House coronavirus response coordinator, said.

It was these kinds of aggressive measures that helped some areas “flatten their curve,” US Surgeon General Dr. Jerome Adams says.

“The good news is that states like Washington, like California, countries like Italy, when they leaned into aggressive mitigation, they’re being able to flatten their curve,” Adams told NBC.

“The governors get to make the decisions, but we’re going to give them the best possible guidance we can and that’s to stay at home and social distance,” Adams said.

Since January 20 when the first US case was detected, more than 216,450 Americans have been infected and 5,119 have died. At least 928 of those deaths were reported Wednesday — the highest number reported in the country since the beginning of the outbreak.

“I want to encourage my fellow Georgians to hang in there. I know you’re tired of this but we must first overcome the obstacles in our path,” Kemp said, according to CNN affiliate WSB.

President Donald Trump said Wednesday he would not issue a national stay-at-home order because different states have different infection rates.

“You have to look — you have to give a little flexibility. If you have a state in the Midwest, or if Alaska for example doesn’t have a problem, it’s awfully tough to say close it down. We have to have a little bit of flexibility,” he said.

The states without orders

In Tennessee, Gov. Bill Lee issued a “Safer at Home” order Monday, directing all non-essential businesses to shut down through at least mid-April.

But critics of the guidelines point to the long list of services still considered essential — including housing construction, hotels, accounting offices, landscape management, and religious facilities — and also say the order does not ensure enforcement.
“I don’t think we’re going to have a strong, a large number of Tennesseans who are not going to comply with this order, and we will be monitoring that, and if we find something different than that, then certainly we’ll make decisions around enforcement,” the governor said, according to CNN affiliate WZTV.

Alabama, surrounded by states who just announced they’d be implementing stay-at-home orders, has not issued a similar order.

“Many factors surround a statewide shelter-in-place,” Gov. Kay Ivey’s office told CNN affiliate WSFA, “and Alabama is not at a place where we are ready to make this call.”

One of the governor’s concerns is the impact the order would have on businesses and residents whose “well-being also relies on being able to have a job and provide for themselves and their families,” the affiliate reported.

Meanwhile, healthcare workers across the country have found themselves on the front lines of the crisis, responding to patients constantly streaming in.

Many hospitals have warned they’re running out of space and supplies. In Georgia, Kemp said on the first day of April at least 3,520 medical surgery beds, 450 hospital beds and 1,006 ventilators were available. But he cited one study that showed the state could reach “peak hospital capacity” in about three weeks.

And healthcare experts also say staffing shortages as medical care workers test positive for the virus could slow the country’s response to patients.

Dr. Birx said Wednesday a coronavirus antibody test could be available “within this month” — which could help medical care workers identify who may have immunity to the virus.

“I’ve really called on every university and every state to develop ELISA’s, you can buy the antigens and the controls online, and really work to test entire health care communities in your state and support them that way.”

The ELISA, or enzyme-linked immunosorbent assay, detects and measures antibodies in blood. If successful, the test could help identify those who have already had the virus, but have since recovered.

Experts have said that if a person has had the virus and developed antibodies, it will most likely mean they have built up immunity and the chances of that person being infected again drops dramatically.

That test could help identify medical workers who may have had the coronavirus and not known it, Birx said.

“I think really being able to tell them, the peace of mind that would come from knowing you already were infected, you have the antibody, you are safe from reinfection. 99.9% of the time, ” she said.